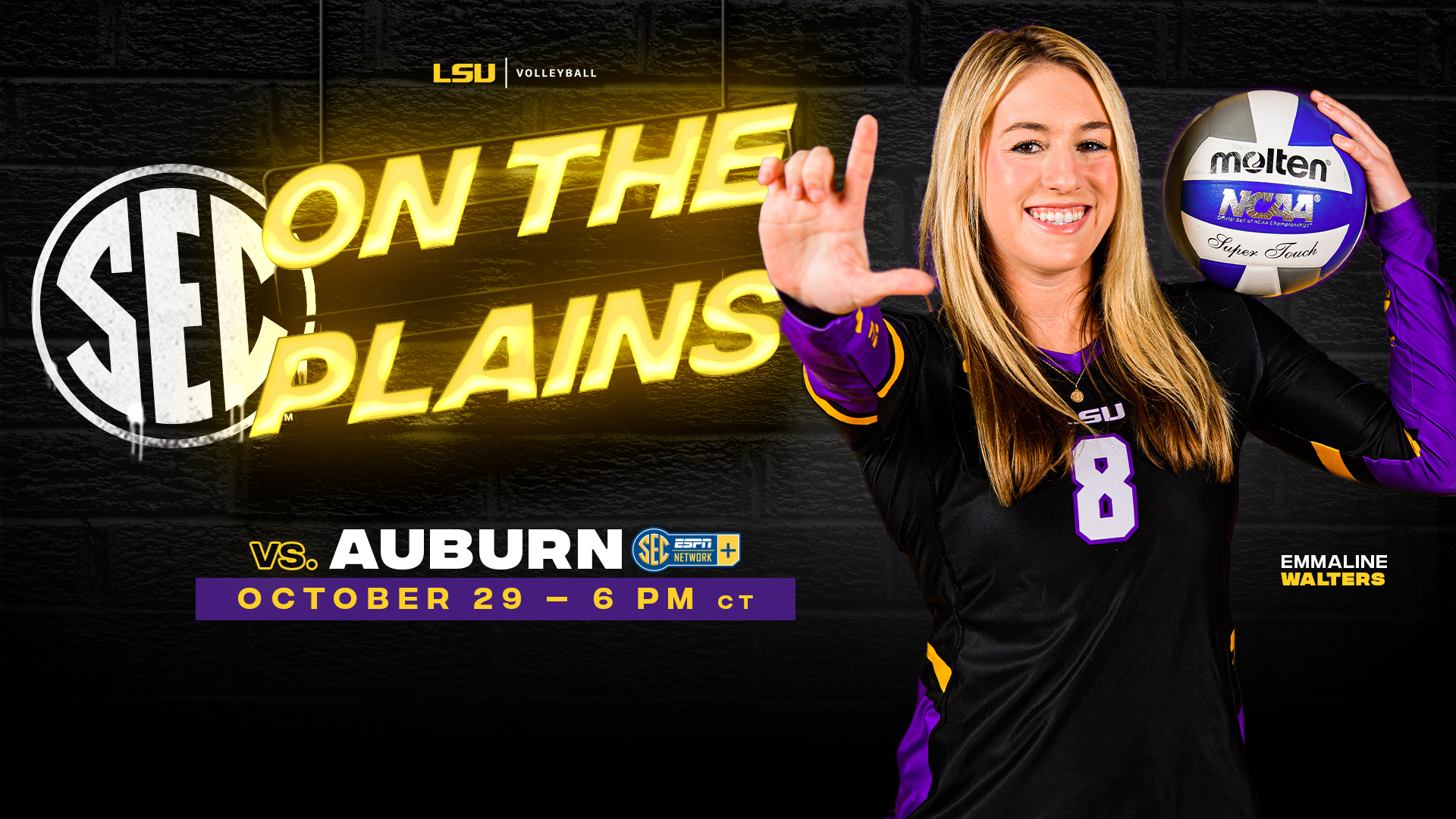 The Tigers have strung together several big RPI wins in the last few weeks, including a pair of victories over top 25 programs. With that success, LSU is receiving votes in the latest AVCA Division I Volleyball Top 25 Poll for the first time since the preseason poll.

After falling to then No. 20 Tennessee in five sets in the series opener, the Fighting Tigers swept the Lady Vols, claiming their second win over a nationally ranked program this season (No. 20 Florida, Oct. 10, 2021). LSU’s strength is at the net where they rank No. 3 in the SEC with 2.63 blocks per set. On the offensive side, the Tigers are hitting .234 with 12.92 kills per set.

Outside hitter Kylie DeBerg leads the Tigers with 4.00 kills per set and 22 aces this season. She is followed by right side Taylor Bannister and outside hitters Hannah Brister and Sanaa Dotson who chip in 2.71 kills, 2.58 kills, and 2.47 kills, respectively. Middle blocker Anita Anwusi averages 1.26 blocks on average to lead all active LSU players and ranks No. 6 in the SEC.

Libero Raigen Cianciulli ranks No. 2 in the league with 4.81 digs per set and leads the conference with 5.38 digs per set in SEEC matches. Cianciulli is this week’s SEC Defensive Player of the Week after becoming the SEC’s all-time leader in career digs last weekend. Setter Ella Larkin was named the SEC Freshman of the Week after averaging 10.00 assists per set last week and ranks 9th with 7.80 assists per set this year.

LSU leads Auburn 46-15 in the all-time series and is on a five-match winning streak, including a pair of sweeps in 2019 – the last time the programs met.

Outside hitter Rebekah Rath leads the SEC with 4.47 kills per set and leads the team with 17 aces. Setter Jackie Barrett also has 17 aces this season and averages 8.51 assists per set, ranking No. 7 in the SEC. Auburn has two other SEC leading players in middle blocker Tatum Shipes who averages 1.63 blocks per set and libero Bella Rosenthall who has 5.31 digs per set this season.