Tiger End Fall With Under Par Round; Lindblad Finishes T6 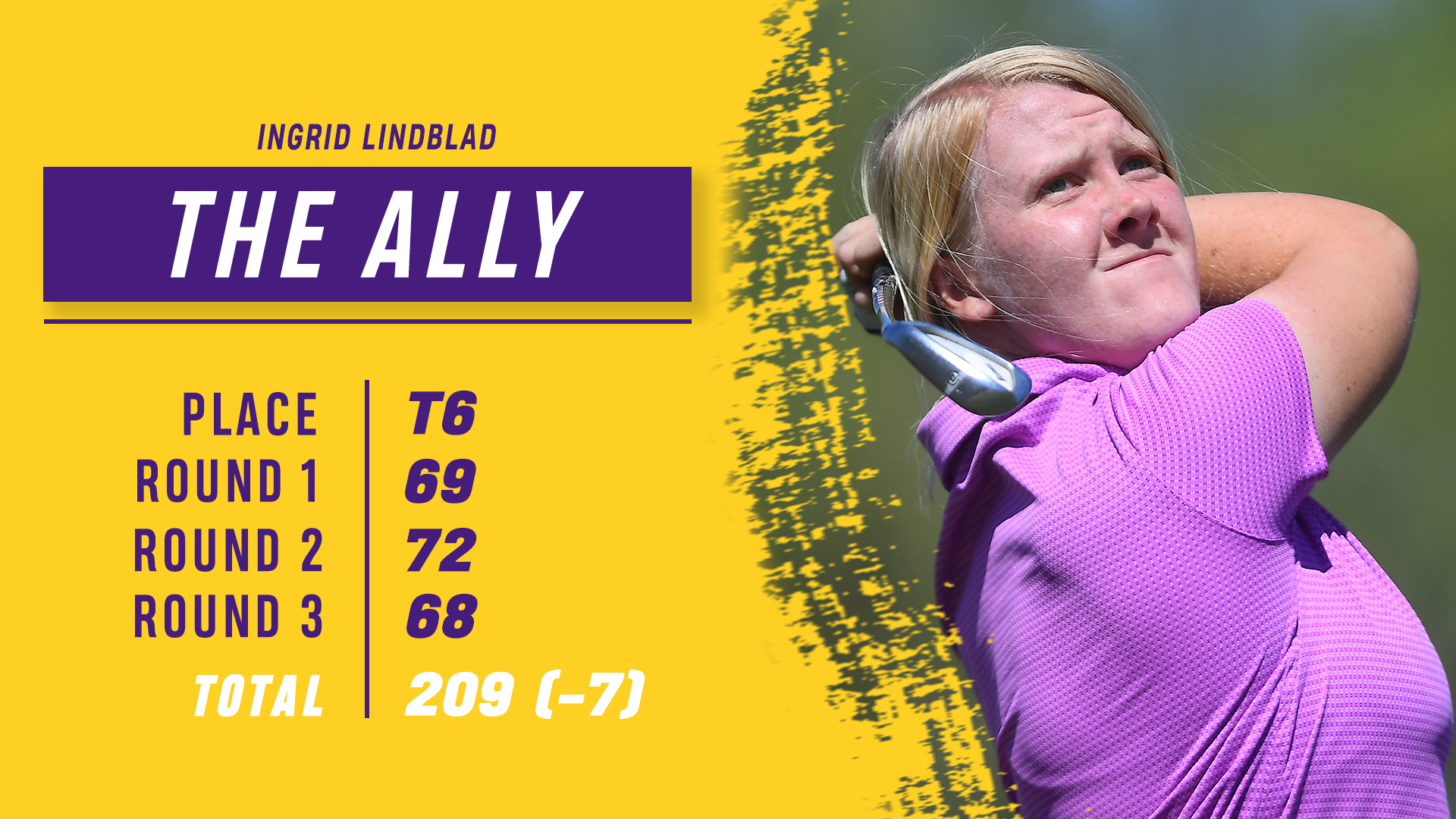 WEST POINT, Mississippi – LSU junior Ingrid Lindblad made it 4-for-4 in top 10 finishes in the fall golf season, shooting a final round 68 on the closing day of The Ally Wednesday at Old Waverly Golf Club.

Lindblad, who won in a playoff with teammate Carla Tejedo Mulet last week in the Jackson T. Stephens Cup in Arkansas, now has 18 career top 10 finishes.

The Tigers as a team post a 1-under par 287 in the final round to finish at 4-over 868 for sixth place. Besides Lindblad, LSU counted 1-over 73s from Tejedo Mulet, Latanna Stone and Elsa Svensson. Alden Wallace and Lauren Clark, who played as an individual, both shot 2-over 74s.

Alabama won the event with a 22-under par score if 842, 10-shots clear of Florida at 852 with Auburn one more shot back at 853. Benedetta Moresco from Alabama went wire-to-wire to win the tournament with 19-under par 197, shot shots in front of Maisie Filler of Florida at 13-under par.

“I was glad with the way we played (Wednesday),” said LSU Coach Garrett Runion. “We played our best round in the final round to end the fall on a good note. Ingrid had top 10s in every fall event for us. Carla played very consistent the last three weeks. Playing three weeks in a row, we were a little tired. We were also coming off Alotian (in Arkansas) where the greens were so fast that I think we kept leaving a lot of putts short and wasn’t as aggressive here.

“All in all, we played well. Very consistent for the three days. Our drop score (Tuesday) was 75. (Wednesday) it was 74. So anytime you can have a drop score like that it is good. We definitely have the type of team that can do some damage. We had two true freshmen (Svensson and Clark) get some experience. Lauren played pretty well this week as an individual.”

LSU will open the spring campaign Feb. 20-22, 2022 at the Moon Golf Invitational in Melbourne, Florida.