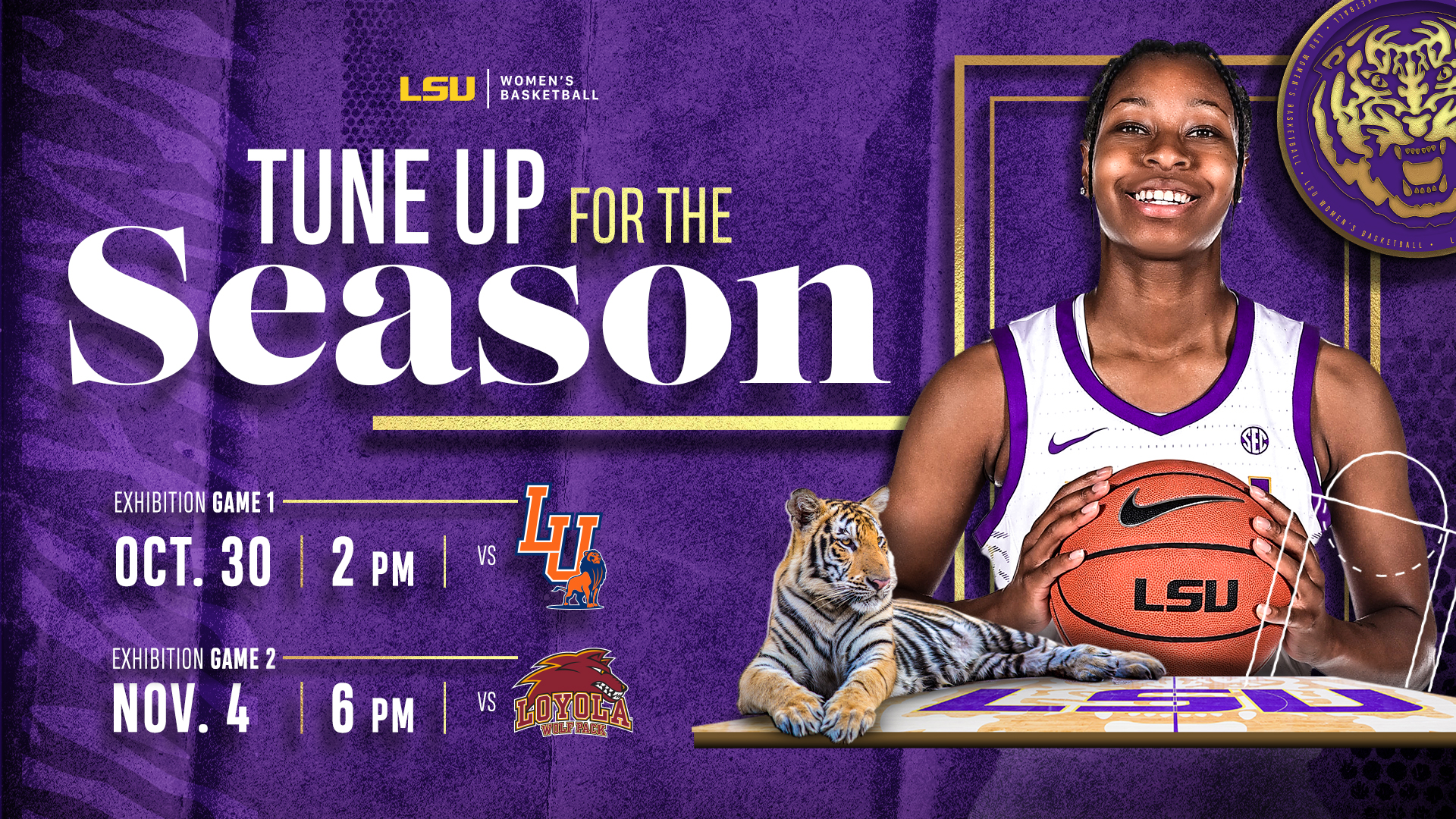 BATON ROUGE – The LSU Women’s Basketball will host two exhibition games in the PMAC over the next two weeks to get ready for the season, beginning this Saturday when the Tigers square off against Langston at 2 p.m. CT.

LSU, who is receiving votes in the Preseason AP Top-25, will host Loyola next Thursday, November 4 at 6 p.m. in its final exhibition before the Tigers open their season on Tuesday, November 9 at 11 a.m. against Nicholls for LSU’s annual field trip game. Both exhibitions are free for fans to attend and season tickets are still available. Fans can listen to both exhibitions on the LSU Sports Radio Network and on 107.3 FM in Baton Rouge.

When LSU faces Langston on Saturday, it will be the first time Head Coach Kim Mulkey leads the Tigers against another opponent. Preseason All-SEC Guard Khayla Pointer figures to play a big part for Coach Mulkey’s first LSU team. Center Faustine Aifuwa and guard Jailin Cherry are two other players that returned for their final year of eligibility and will provide senior leadership. Under Coach Mulkey, practices have been energetic as the team prepares for the season.

“Everybody is getting comfortable,” said Coach Mulkey. “They know the season is approaching. They want that playing time. When we intrasquad, it’s pretty physical.”

A Naismith Basketball Hall of Famer, Coach Mulkey has brought a winning attitude to the Tigers since being hired as LSU’s head women’s basketball coach. Players have expressed an ability Coach Mulkey has, allowing them to elevate their game with the confidence she puts in them.

“I’m willing to go to war for her,” Aifuwa said of Coach Mulkey. “That shows with a lot of us on the court. It’s not just me. It’s not just the seniors. It’s everyone. We’re going hard. We’re all busting our tails to do better and improve every day.”

“You find yourself going to another gear and wanting to run through a wall for her,” Pointer added.

On Tuesday, October 26 the Fast Break Club – the official booster club of LSU Women’s Basketball – will host a Kickoff Event that will be open for all fans to attend at 6 p.m. Coach Mulkey will introduce her team and fans will have the opportunity to see the updated graphics in the women’s basketball practice gym.

Coach Mulkey will also appear on SEC Network’s Out of Pocket with Andraya Carter and Alyssa Lang Wednesday, October 27 at 6 p.m. as part of the conference’s Build Up 2 Basketball.