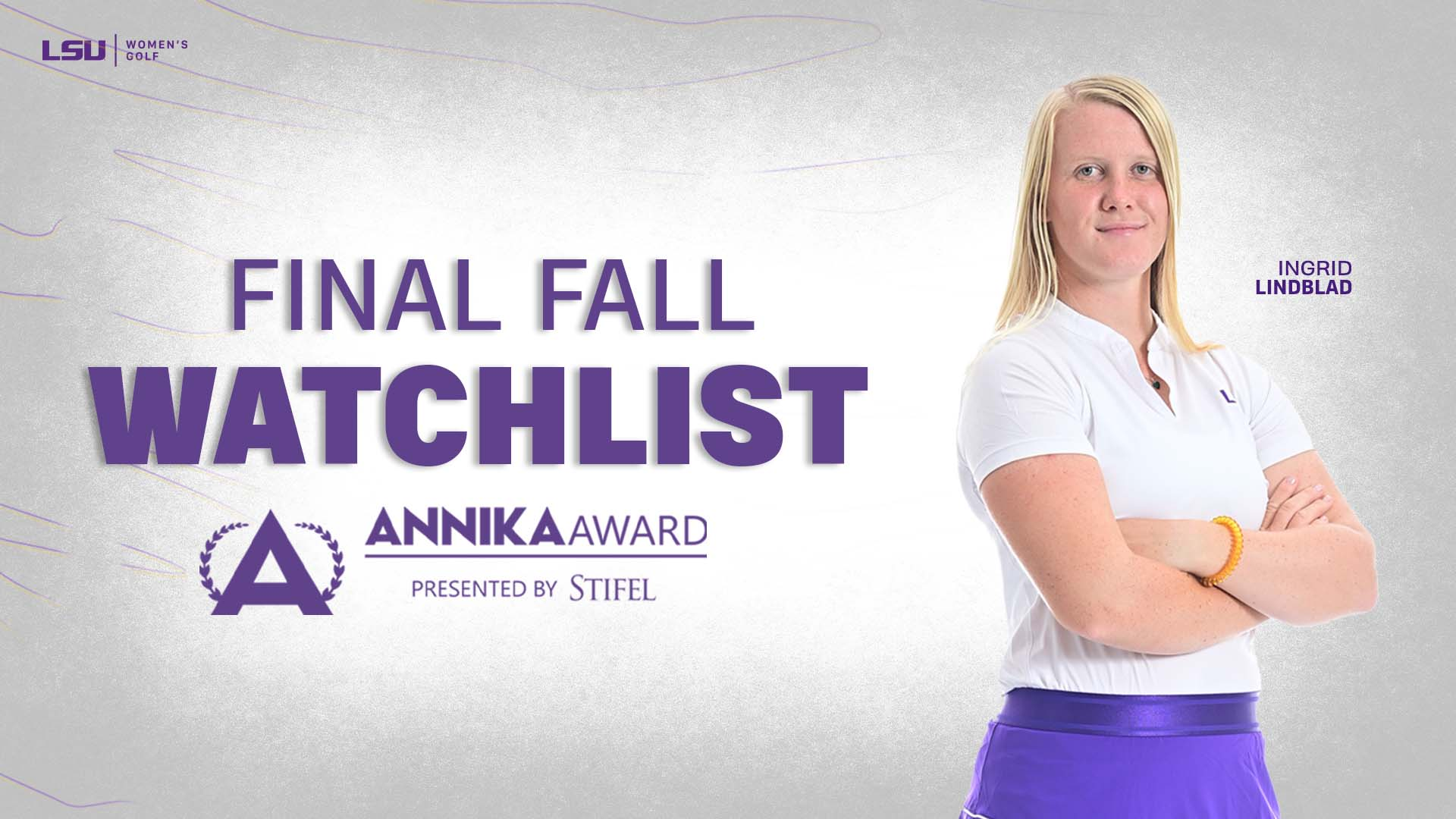 BATON ROUGE – LSU junior Ingrid Lindblad, coming off a playoff win in the Jackson T. Stephens Cup and set to tee off Monday for the Tigers in the team’s last event of the fall season is on the Final Fall ANNIKA Award Watch List presented by Stifel and announced by The Fred Haskins Foundation.

The awards list was announced by Golfweek and the Golf Channel.

Lindblad has had a 10th place finish, a tie for third and the playoff win in her three fall tournaments. The win in Arkansas was her fifth at LSU, tying for third all-time in program history for individual tournament victories.

Lindblad, a native of Sweden, was a finalist for the award last year as a sophomore.

The LSU women’s team is playing in The Ally at Old Waverly in West Point, Mississippi Monday through Wednesday and live scoring can be found at Golfstat.com.

Ingrid Lindblad shoots 2-under 70 Saturday and stands T6 after 36 holes at even par 144.
Gallery: Women's Golf NCAA Championship - Second Round