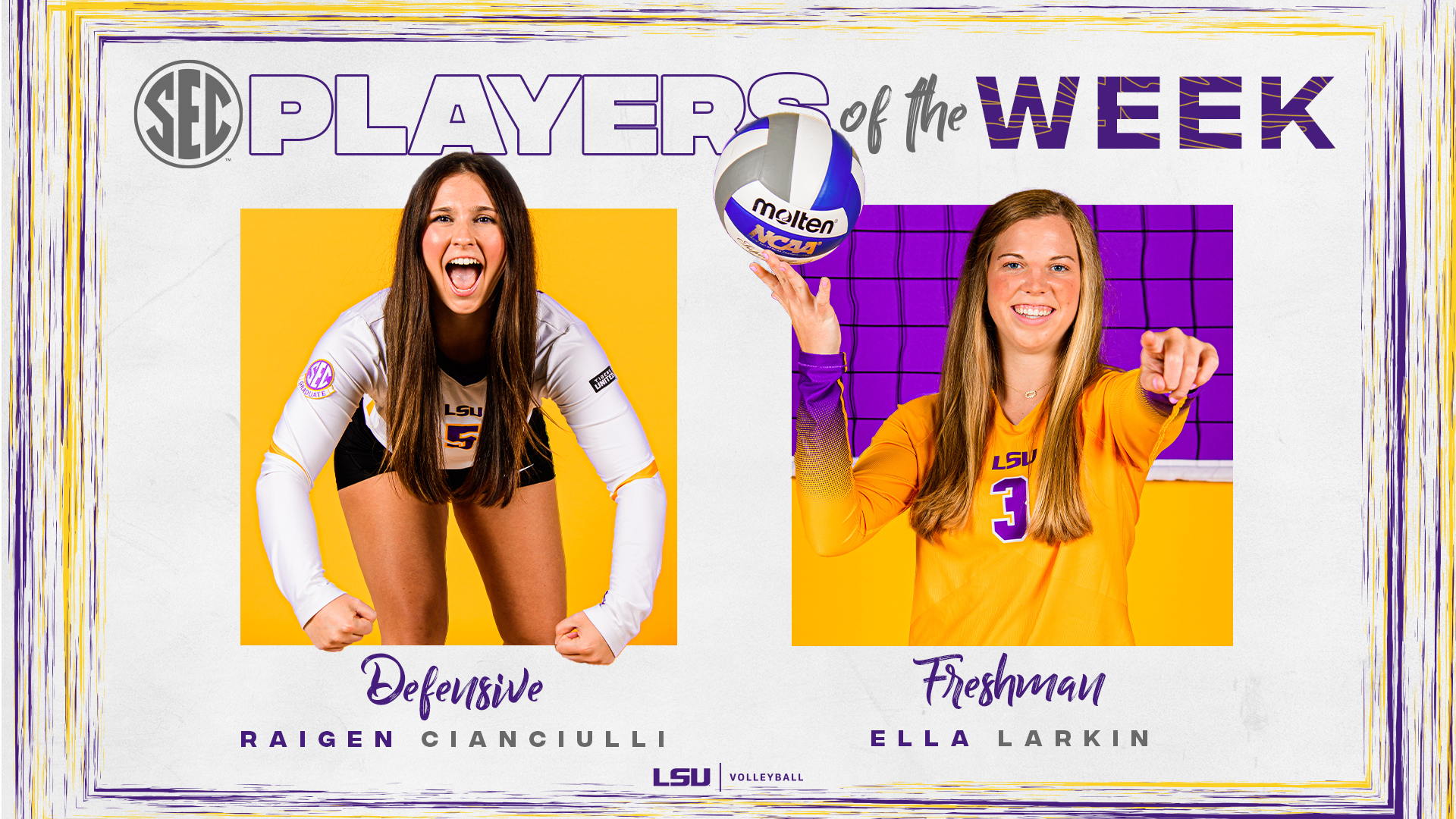 BIRMINGHAM, Ala. – Libero Raigen Cianciulli (Co-Defensive) and setter Ella Larkin (Freshman) were selected SEC Player of the Week announced by the league office Monday afternoon. It is both their second weekly accolade this season.

Cianciulli led the Tigers with 3.92 assists per set over 13 sets. In the second match of the week, Cianciulli became the SEC all-time leader in career digs and has increased her total to 2,161 after a match-high 15 digs in the win over No. 20 Tennessee. Cianciulli ranks No. 6 among active career leaders in digs and has 399 total digs this season and 4.81 per set.

LSU turned in a big weekend with wins at South Carolina and split a two-match series with No. 20 Tennessee who has a No. 6 RPI ranking. The Tigers will travel to Auburn, Ala. for a 6 p.m. match on Friday, Oct. 29 versus Auburn.