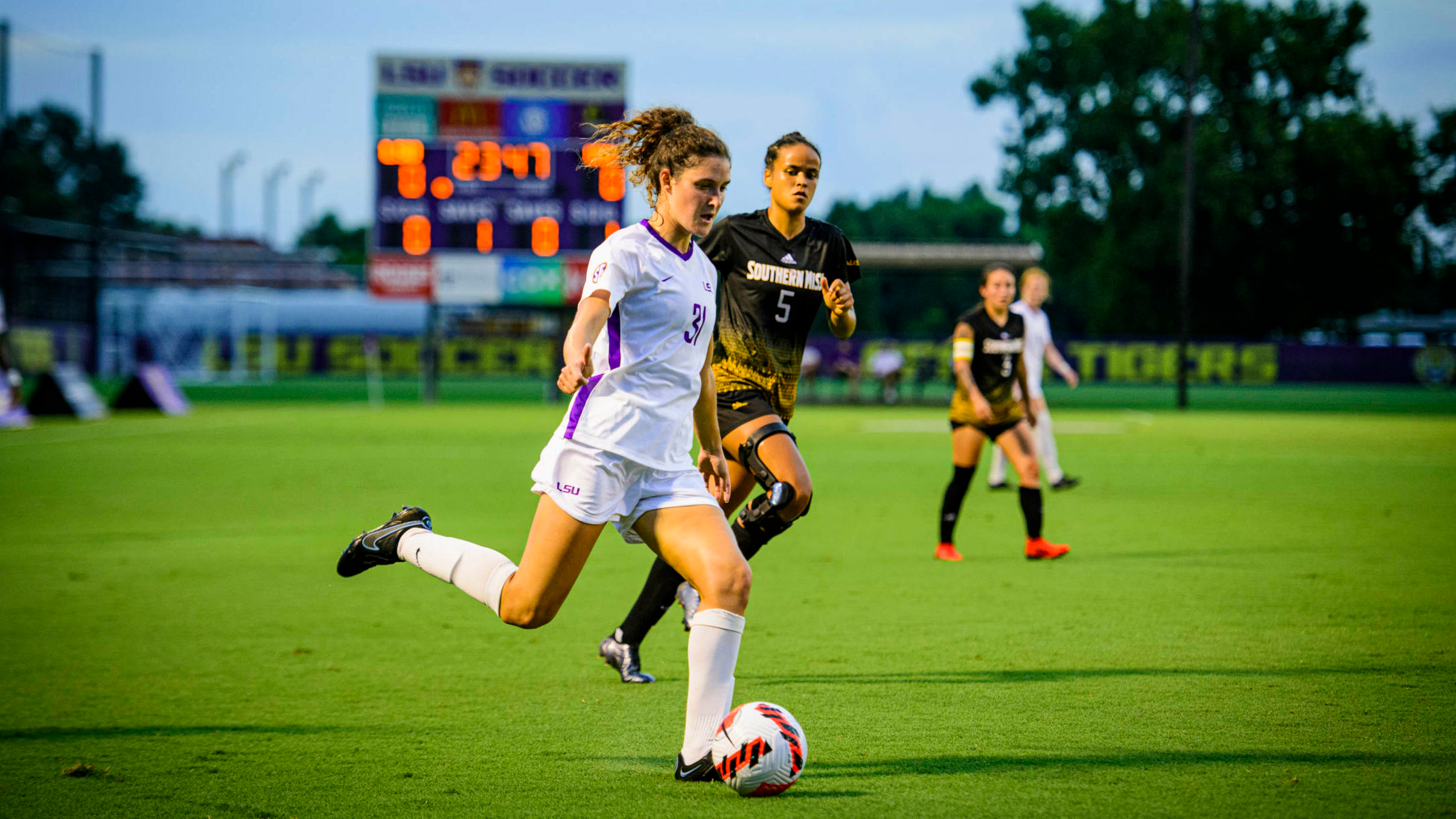 Gainesville, Fla. – The LSU soccer team dropped its match to Florida on Sunday afternoon at the Donald R. Dizney Stadium by a final score of 4-0. With the loss, LSU now owns a record of 10-6-0 on the season with a conference mark of 3-6-0. Florida improved to 4-10-3 on the season with their third SEC win of the year.

The Tigers outshot the Gators (10 to 9) and registered more corners (8 to 4) on the day but were unable to put anything in the net.

Mollee Swift made five saves in the match to push her season total to 61 on the season. Her first save of the match came in the 14th minute from a Florida free kick. The Gators struck first only a minute later when a cross from Florida was initially pulled down by Swift before she lost possession of the ball leading to a Madison Alexander goal for the Gators. Swift would make a diving save in the 35th minute of the match to keep the Tigers within one.

The Tigers had three quality chances in the first half. The first came in the seventh minute as Tinaya Alexander beat her defender on the right flank and swung in a ground cross into the six that was cleared away. In the 16th minute, Alexander played a free kick into Florida’s 18 where Chiara Ritchie-Williams’ header from nine yards out went wide right. The final chance came when Tilly Wilkes played Taylor Dobles down the left side of the pitch. Dobles’ cross was just a touch ahead of a dashing Alesia Garcia into the six.

The Tigers nearly equalized twice early in the second half. Dobles showed great hustle in the 47th minute to keep an LSU attack alive. She dished the ball off to Tinaya Alexander on the right side of the pitch to enable a cross in. The ball was blocked by a Florida defender inside the six, and the Athena Kuehn put an attempt on frame from four yards out but had no good angle to beat the Florida keeper. Six minutes later Maddie Moreau absolutely rifled a shot off the cross bar from 20 yards out that sent the Florida goalkeeper leaping.

Florida would score its second of the game two minutes later in the 55th minute. Kit Loferski picked up her second assist of the match as her ball into the left side of LSU’s box setup Alivia Gonzalez’ goal from 12 yards out. The Gators added another in the 62nd minute as Madison Young headed home a goal off a corner kick. The final goal of the match for the Gators came via a penalty after Grace Haggerty was called for a foul in the box. Loferski converted the penalty in the 72nd minute for Florida’s fourth and final goal of the game.

Meghan Johnson nearly brought one back for the Tigers in the 63rd minute. After a scrum in the box, the ball ended up on Johnson’s foot and her shot beat the Florida keeper but a team save by a Florida defender prevented the goal. Wasila Diwura-Soale followed up that attempt that sailed just high. Johnson put a header on goal in the 70th minute of the match off a corner kick service in by Tinaya Alexander. The final LSU chance of the match came from Maya Gordon as she placed a left footed shot from 26 yards out just below the crossbar and forced a rising save by Florida’s goalie.

LSU will host Arkansas on Thursday night at LSU Soccer Stadium. First kick against the Razorbacks will be at 7 p.m.