Volleyball Comes Up Short Versus No. 20 Tennessee, 3-2 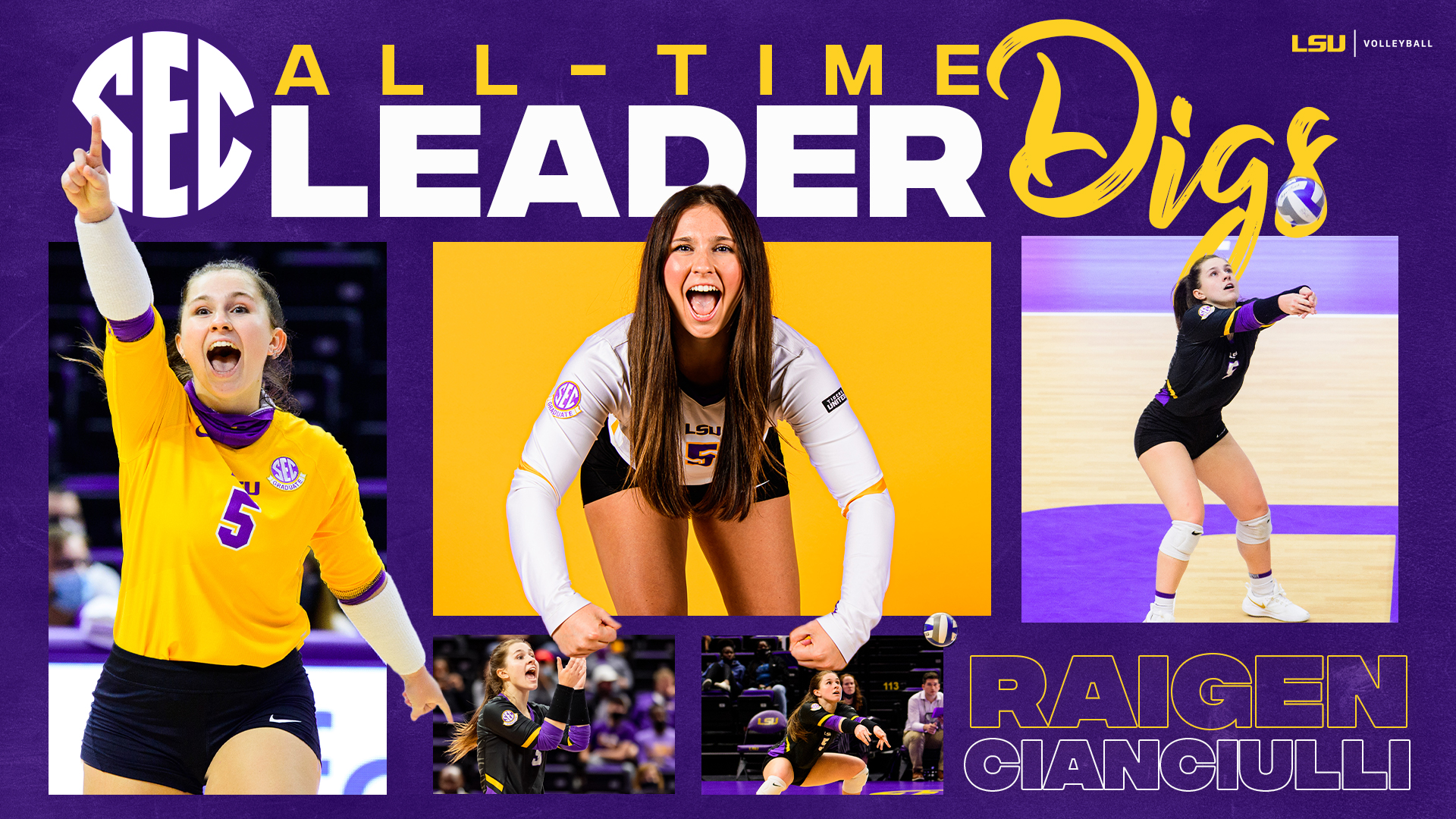 Libero Raigen Cianciulli became the Southeastern Conference’s All-Time leader in digs, as her match-high 23 digs gave her a career total of 2,146.

“I thought we played really tough,” said head coach Fran Flory. “We did not play well, but we played tough and stood toe-to-toe with a good team. Their blocking took us out of our offense a little bit, but I am proud of our defense, and we had some great individual performances. We feel if we can be more efficient and play well, we will have a better opportunity next time.”

Tennessee was led by outside hitter Breana Runnels, who posted a double-double on 21 kills and 14 digs. Middle blocker Danielle Mahaffey had 13 kills and seven blocks, and right side Morgahn Fingall logged 11 kills and five blocks.

The Tigers won three straight points to cut the lead to 12-8, but the Vols took the next five to force an LSU timeout at 17-8.

Tennessee stayed aggressive and pulled away to take the first set, 25-14.

With the score locked at three, LSU took four unanswered thanks to a Bannister kill and a Flickinger ace.

Tennessee won two straight points to trail 13-11, but the Tigers responded with two of their own through a Dotson kill and a Larkin ace to lead, 15-11.

LSU continued to serve the ball effectively in the set, as two more aces from defensive specialist Emmaline Walters helped push the lead to 19-14.

Down 24-18 and facing set point, the Vols won five consecutive points to force the issue, but LSU took the pivotal point thanks to another Dotson kill to win, 25-23.

Both teams had responses for each other, as there were eight early ties. With the score level at nine, the Vols won four straight points to lead 13-9 and force an LSU timeout.

The Tigers pulled within two points on two separate occasions, but the Lady Vols ran away with the set, 25-19.

Anwusi led the Tigers with four kills on four errorless swings, while Bannister, Brister and Dotson followed with three kills each.

Both teams traded points and runs before Tennessee used its first timeout with the Tigers ahead 13-10.

The Lady Vols jumped out to a 7-4 lead, and later led 10-6, burning through both LSU timeouts.

Two kills from Tennessee’s Mahaffey closed out the set, 15-13, as the Lady Vols edged out the win.

The Tigers will take on Tennessee again Sunday, Oct. 24, at 2 p.m. It is senior recognition day and will be broadcast on ESPNU.