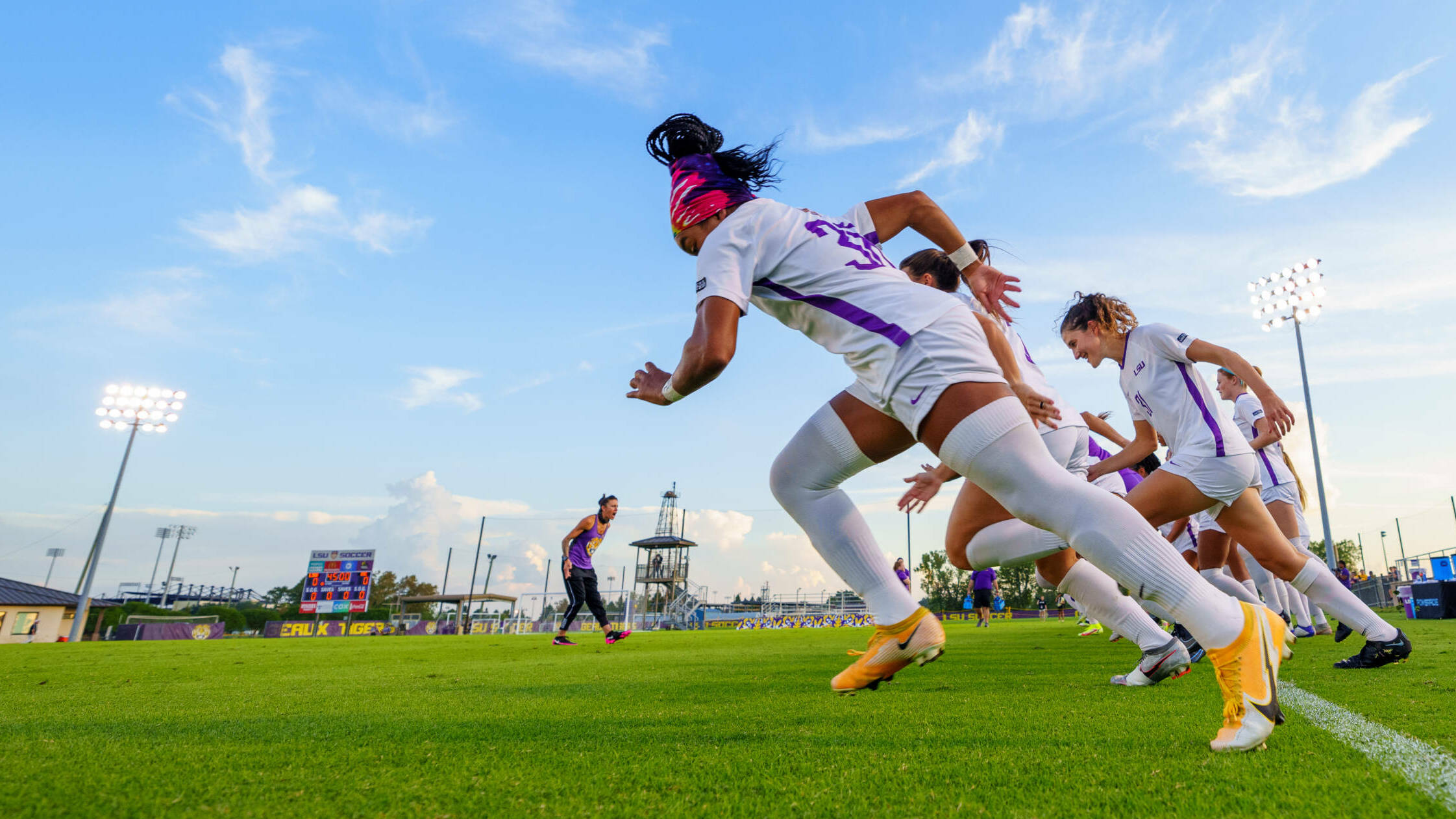 Baton Rouge, La. – The LSU soccer team is headed to Gainesville, Florida, for its final road game of the regular season as they are set to take on the Florida Gators Sunday at 11 a.m. CT. The match will be streamed on SEC Network+.

Series History
Florida has traditionally dominated the series winning 19 of the previous 23 matches. LSU has two wins and two draws have also occurred. The Tigers picked up their second win in series history in the spring of 2021 as Reese Moffatt and Molly Thompson contributed goals in LSU’s 2-1 win over the Gators.

Moffatt scored her first career collegiate goal via an Olimpico to give the Tigers a 1-0 lead in the 41st minute. The Gators knotted things up in the 69th minute before a Molly Thompson header on a cross from Moffatt served as the gamewinner in the 89th minute. Moffatt was named the SEC Offensive Player of the Week following her performance against Florida.

Mollee Swift keeps climbing the charts in a number of areas as well. Her 136 saves in an LSU uniform rank as the seventh most in LSU history, but she has a ways to go before she catches up to Roby DesOrmeaux who is in the sixth slot with 183 saves. Swift’s 17 wins in net rank as seventh most in school history, and her career GAA of 0.94 in a Tiger uniform ranks as the second lowest average over a career currently behind Mo Isom’s school record GAA of 0.86. Swift also picked up the ninth solo shutout of her career in LSU’s last win rank seventh in that category.

Tinaya Alexander is tied for the third most assists in program history with 20 after her assist in LSU’s 4-0 win over South Carolina; she had seven her freshman season, six during her sophomore campaign, three last year, and four this year. She’s also just a mere three points away from the LSU top-10 list in points scored in a career with 58 total thanks to 19 goals and 20 assists.

Goals From Everybody
Shannon Cooke scored the first goal of her 2021 season on Thursday night versus South Carolina via a penalty kick. With the score, she became the 14th LSU player to score a goal this year; it matches the most goal scorers LSU’s ever had in a single season. The only other time LSU has had 14 different players score a goal came in 2003.

LSU has scored 35 goals in 15 matches, and the 35 goals are the 10th most in LSU single season history with two regular season matches to play.

Tinaya Alexander (7) and Alesia Garcia (6) are the team leaders in goals scored. Molly Thompson (4), Athena Kuehn (3), Maddie Moreau (2), Rammie Noel (2), Riley Dixon (2), and Meghan Johnson (2) have all scored multiple goals while Shannon Cooke, Mollee Swift, Lindsi Jennings, Grace Haggerty, Jordan Johnson, and Wasila Diwura-Soale all have one apiece. The Tigers also forced an own goal off a corner against Mississippi State as well.

SEC Standings
Following its 4-0 win over South Carolina, LSU has moved up into the No. 9 slot in the SEC standings with nine points. A win on Sunday against Florida would put LSU in prime position to secure a spot in Orange Beach, Alabama, for the SEC Tournament. Florida enters the match with seven points, so Sunday is another game with huge implications on making it into the conference tourney. For a full list of standings, visit secsports.com.

Scouting Florida
Florida has scored 13 goals this season and only two players – Kit Loferski (4) and Madison Alexander (2) – have scored multiple times. Alexa Goldberg has played all 16 games in net and has a GAA of 1.77 on the season.