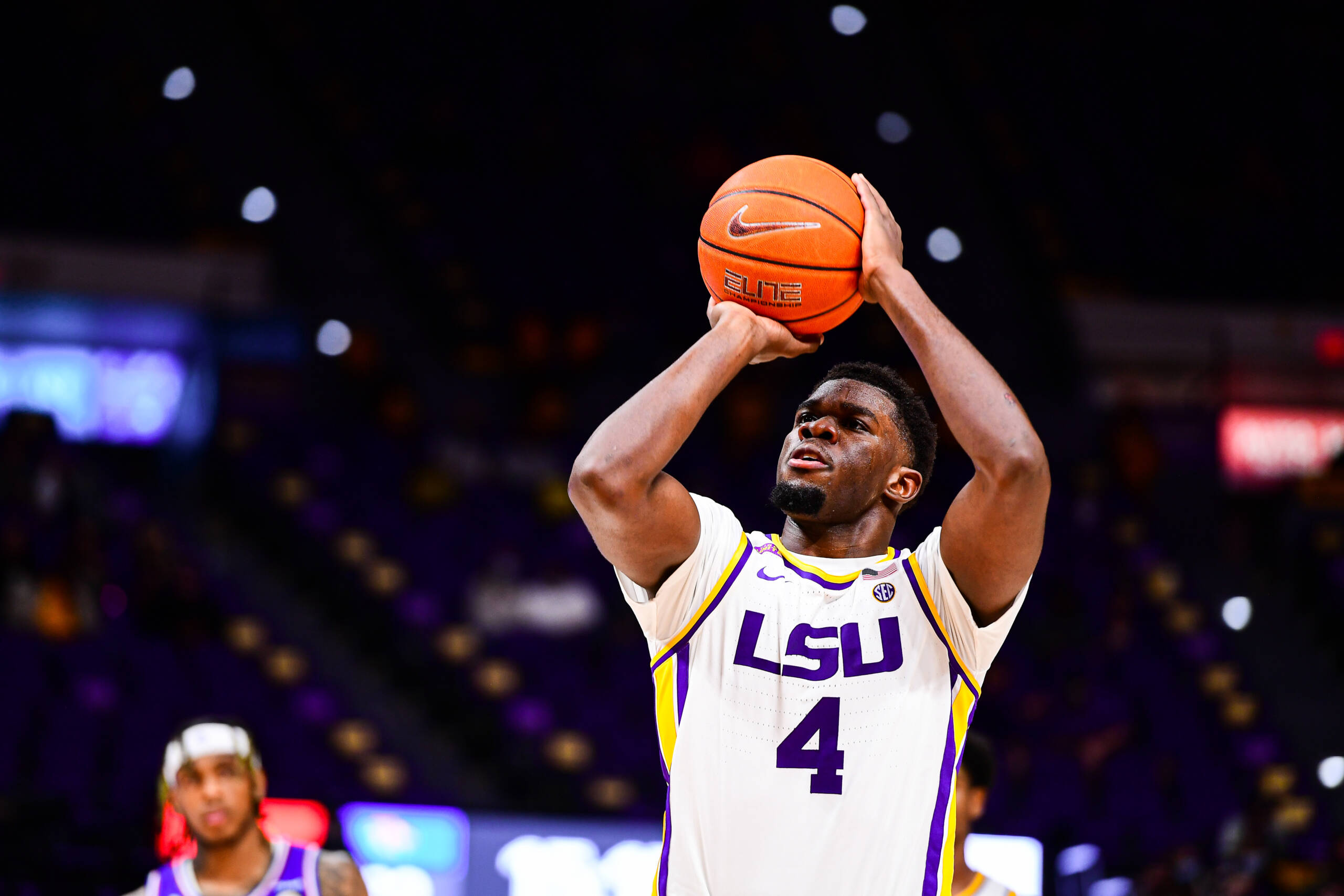 BATON ROUGE – The LSU Tigers were picked sixth in the annual media poll of Southeastern Conference and national media members announced on Tuesday.

Season tickets for the 2021-22 LSU men’s basketball season are still available through the athletic ticket office and online at LSUTix.net.

Kentucky was predicted to win the 2022 Southeastern Conference men’s basketball championship in the voting.

Vanderbilt sophomore guard Scotty Pippen Jr. was the choice of the media for SEC Men’s Basketball Player of the Year.

Days, from Raleigh Florida, played and started in 28 games as a junior, averaging 11.7 points per game, 7.8 rebounds and just over one steal a game. The Tigers were 19-1 when he scored in double figures last season. He has made 61 starts over three seasons in 94 career games. Das shot over 50 percent last year (123-of-237, 51.9%) overall with 52 made three-pointers.

LSU opens on Nov. 9 at 7 p.m. against ULM and plays five home games in the first 14 days of the season including Nov. 12 against Texas State, Nov. 15 versus Liberty, Nov. 18 against McNeese State and Nov. 22 against Belmont. All those games will start at 7 p.m. with the exception of a 6 p.m. tipoff against Liberty.

The Tigers will be in action Saturday on the campus of Nicholls State in Thibodaux at Stopher Gym for a charity exhibition game against the Colonels. Tickets for the 1 p.m. contest to benefit Hurricane Ida victims are available through the Nicholls Athletics Ticket Office (www.nichollstickets.com).

LSU fans are also invited to join the 2021-22 Tiger Tipoff Club, the booster organization for Coach Will Wade and LSU Basketball. A link to join online can be found at https://lsul.su/3DV3A5X.