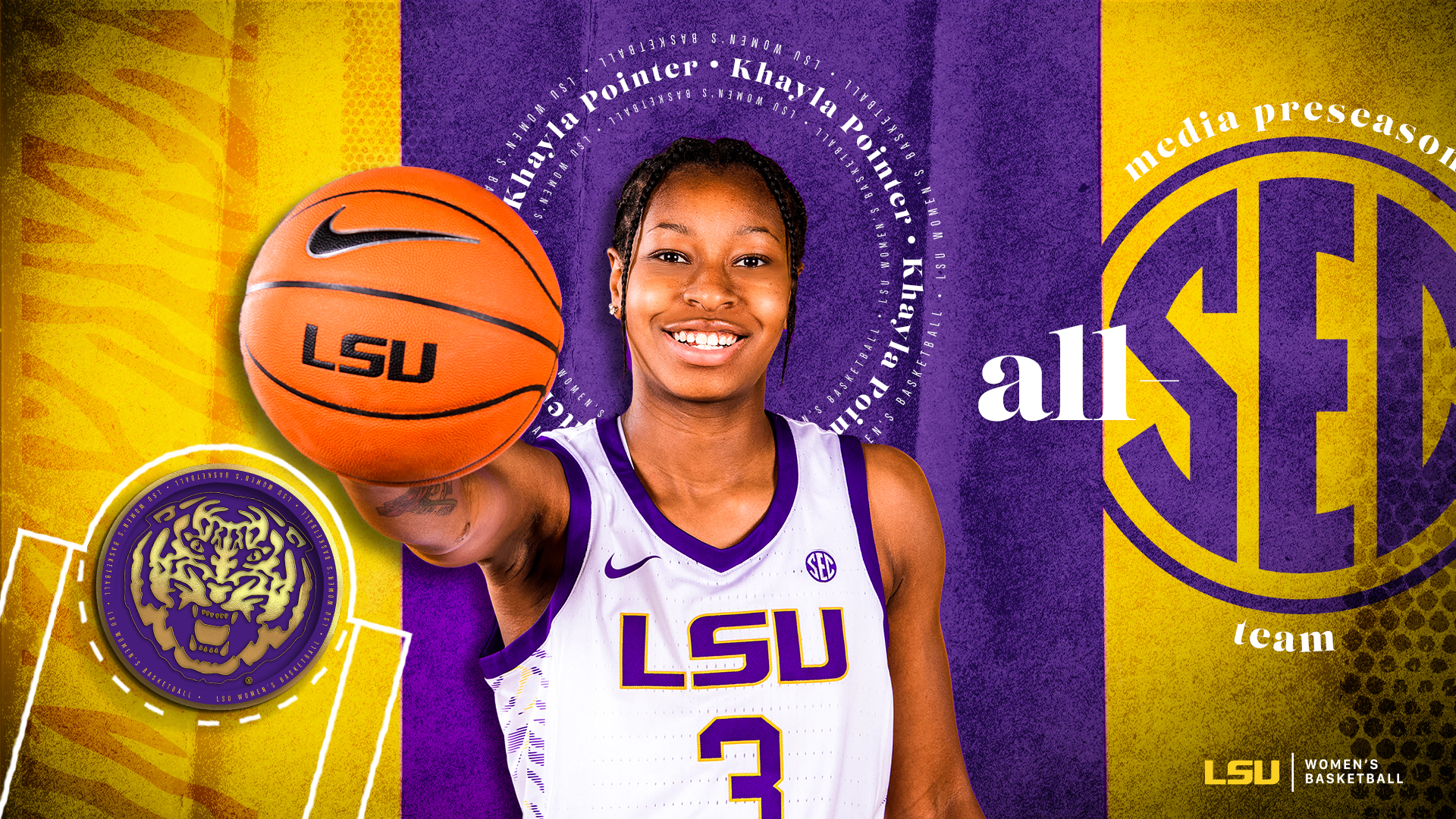 BIRMINGHAM, Ala. – LSU’s Fifth-year senior guard Khayla Pointer was named to the Preseason All-SEC Women’s Basketball Team by media from across the Southeastern Conference the league office announced Tuesday afternoon.

After being named to the All-SEC First Team and Defensive Team last season, Pointer announced in April that she would return for her final year of eligibility in Baton Rouge. She averaged a career-high 16.9 points per game last season, dished out 90 total assists and accumulated 55 steals. Pointer eclipsed 1,000 career points last year and will be a critical part of first-year head coach Kim Mulkey’s team.

“She is an all-conference player, and she is a leader out there on the floor,” Coach Mulkey said about Pointer. “She’s learning. It’s a new system for her. She will be one of our leaders as will Faus (Fuastine Aifuwa) and (Jailin) Cherry.”

Aifuwa and Cherry also announced in April with Pointer that they would return for their final season with the Tigers. As senior members of Coach Mulkey’s first LSU roster, they are going to be key pieces to the foundation of the program she is building.

“I want them to have the best year of their college careers,” said Coach Mulkey. “I want them to leave here and saw, ‘wow!’ If they do that, I will be excited for them.

“They can be the beginning of what we hope to be special times again at LSU in women’s basketball. I respect them tremendously for staying and for embracing us as a new staff.”

The league’s media selected LSU to finish in the top half of the SEC as the No. 7 team. Coach Mulkey has expressed the importance of celebrating small accomplishments as LSU embraces what the future has in store.

“You give the team little goals throughout the year and when you achieve those goals, you celebrate them,” Coach Mulkey said. “The NCAA Tournament will take care of itself if you can finish in the upper half of this league, but we have other goals that are just as important as that in order to build this program for the long-term.”

LSU will host two exhibition matches that will both be free for fans to attend. The first will take place October 30 against Langston at 2:30 p.m. and the other will be on November 4 at 6 p.m. against Loyola.

Player of the Year: