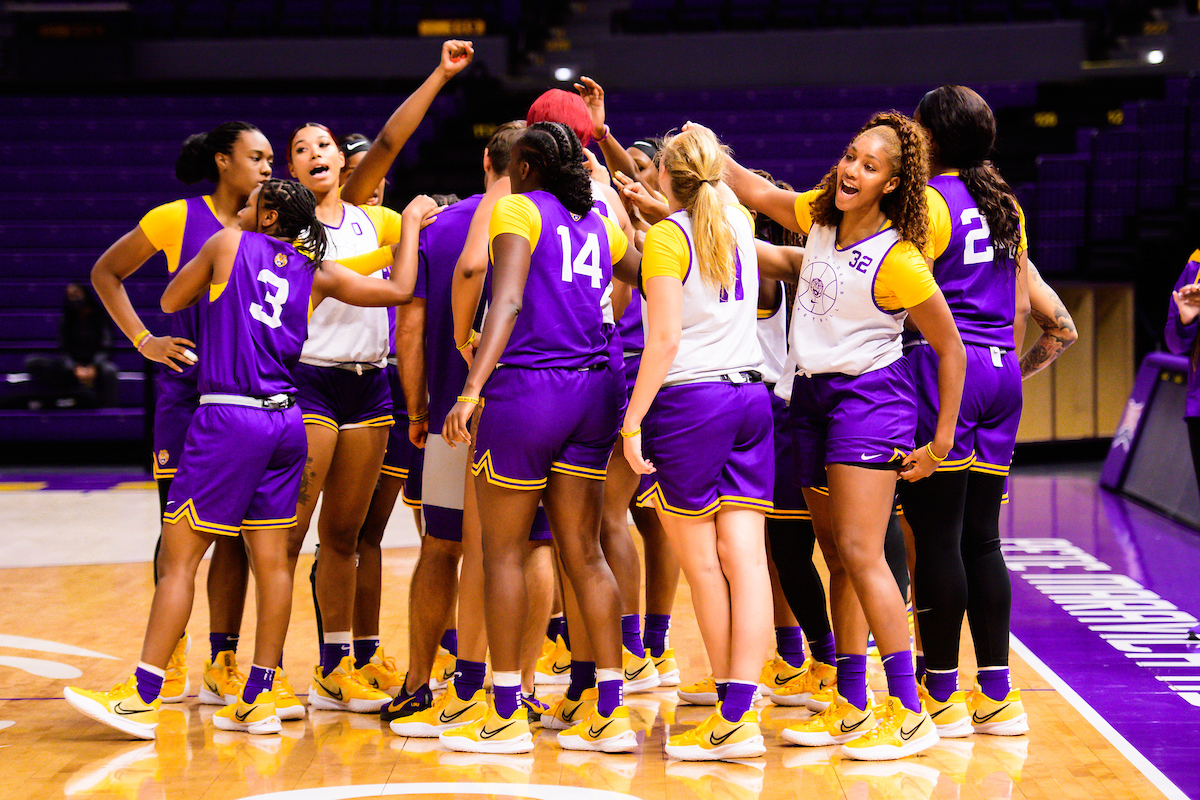 BATON ROUGE – The LSU Women’s Basketball team is receiving votes in the Preseason AP Poll which was released on Tuesday.

The Tigers are led by first-year head coach Kim Mulkey who was hired in April. Mulkey brings a 632-104 career record to Baton Rouge and became the quickest DI head coach in men’s or women’s basketball to reach 600 career victories, needing only 700 games to do so. She was inducted into the Naismith Basketball Hall of Fame in May with national championships to her name as a player, assistant coach and head coach.

LSU has eight players back from last year’s team that went 9-13 and there are seven newcomers on the roster.

Senior guard Khayla Pointer was named to the Preseason All-SEC Team on Tuesday by the league’s media. Last season she earned a spot on the All-SEC First Team and Defensive team. Pointer averaged a career-high 16.9 points per game last year, dished out 90 total assists and accumulated 55 steals. Pointer eclipsed 1,000 career points last year and will be a critical part of first-year head coach Kim Mulkey’s team. Jailin Cherry and Faustine Aifuwa will also be senior leaders for the Tigers.

Autumn Newby is a graduate transfer forward with SEC experience, joining LSU after a career at Vanderbilt. Standing at 6-2, Newby averaged 6.97 points and 7.09 rebounds per game in Nashville. Hannah Gusters followed Coach Mulkey from Baylor as a 6-5 center. In her one season in Waco, Gusters had six games in which she scored double-figures with a career-high of 22 points. She was ESPNW’s No. 2 Center in the Class of 2020.

LSU will host two exhibition matches that will both be free for fans to attend. The first will take place October 30 against Langston at 2:30 p.m. and the other will be on November 4 at 6 p.m. against Loyola.