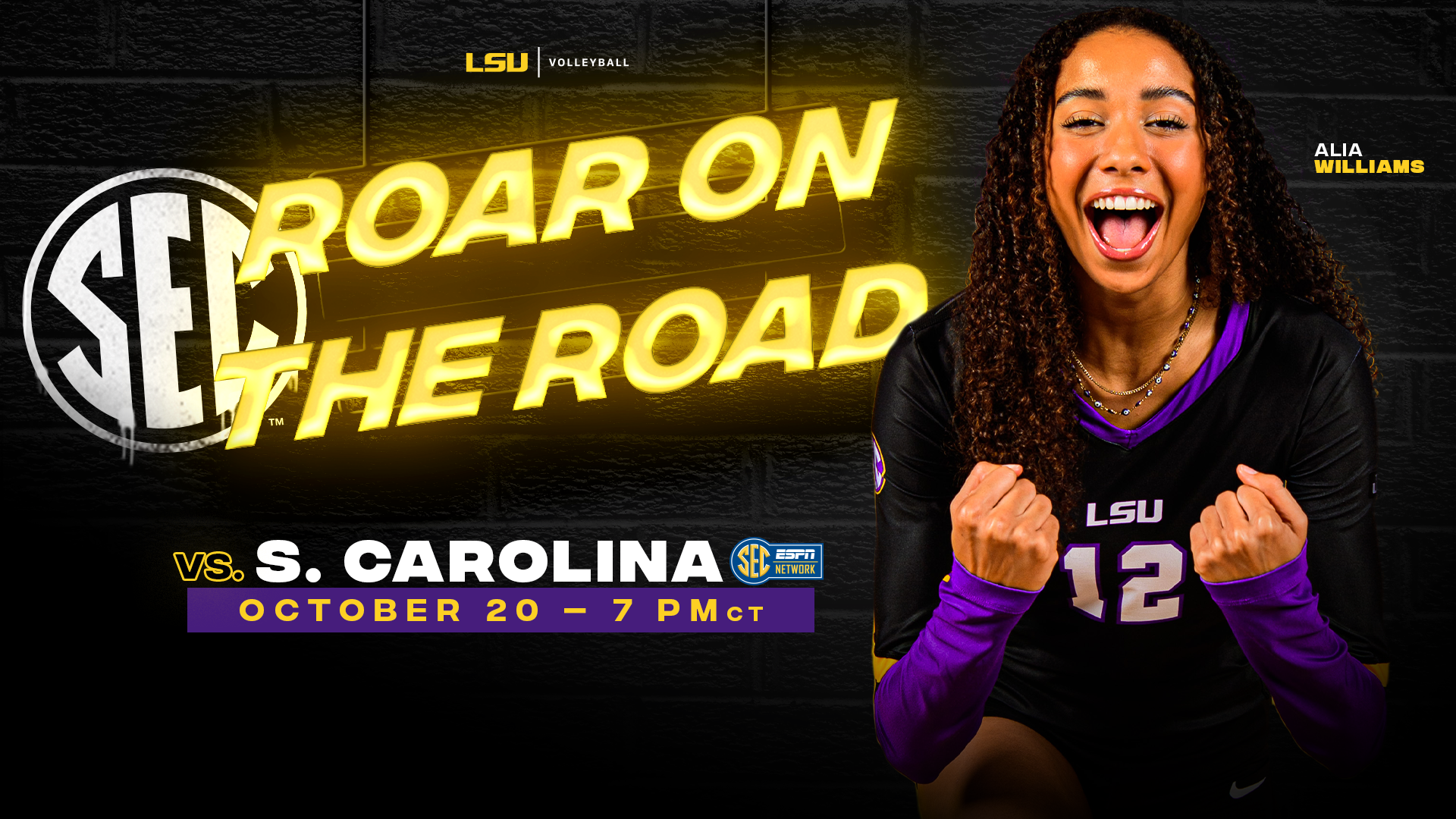 The Tigers are set to bounce back after a pair of losses to Kentucky last weekend. Although LSU was outblocked by its opponent for the first time in SEC play last weekend, the Tigers rank No. 14 in the NCAA with 2.71 blocks per set and hold opponents to a .208 hitting percentage while recording a .228 clip.

“We need to be good on our side of the net,” said head coach Fran Flory. “We have improved the last few weeks in reducing our errors and playing more efficiently. That is the trend in our league and that is what we need to continue to do.”

LSU leads South Carolina in the all-time series 28-18 and have won two consecutive matches and four of the last six meetings.

“South Carolina is a physical team with a lot of good pieces,” said Flory.” “They keep you off balance with lineup changes and different personnel, so you have to prepare for a lot of different things. When you play teams like that, you must focus on yourself and your side and execute at a high enough level where it doesn’t matter who is in front of you.”

After starting conference play with a 3-1 record, South Carolina has dropped its last three matches, including two against No. 22 Tennessee and one at Mississippi State. The Gamecocks are 7-3 at home and has a .270 hitting percentage and average 1.44 aces per set. Both marks rank No. 4 in the SEC.

Left side graduate transfer Kyla Manning leads the Gamecocks with 3.46 kills per set (211 total kills) behind a .254 hitting percentage. Middle blocker Mikayla Robinson follows with 2.43 kills per set and has 60 total blocks, while outside hitter Lauren McCutcheon leads the team with 22 aces (0.36/set) and adds 2.28 kills per set.