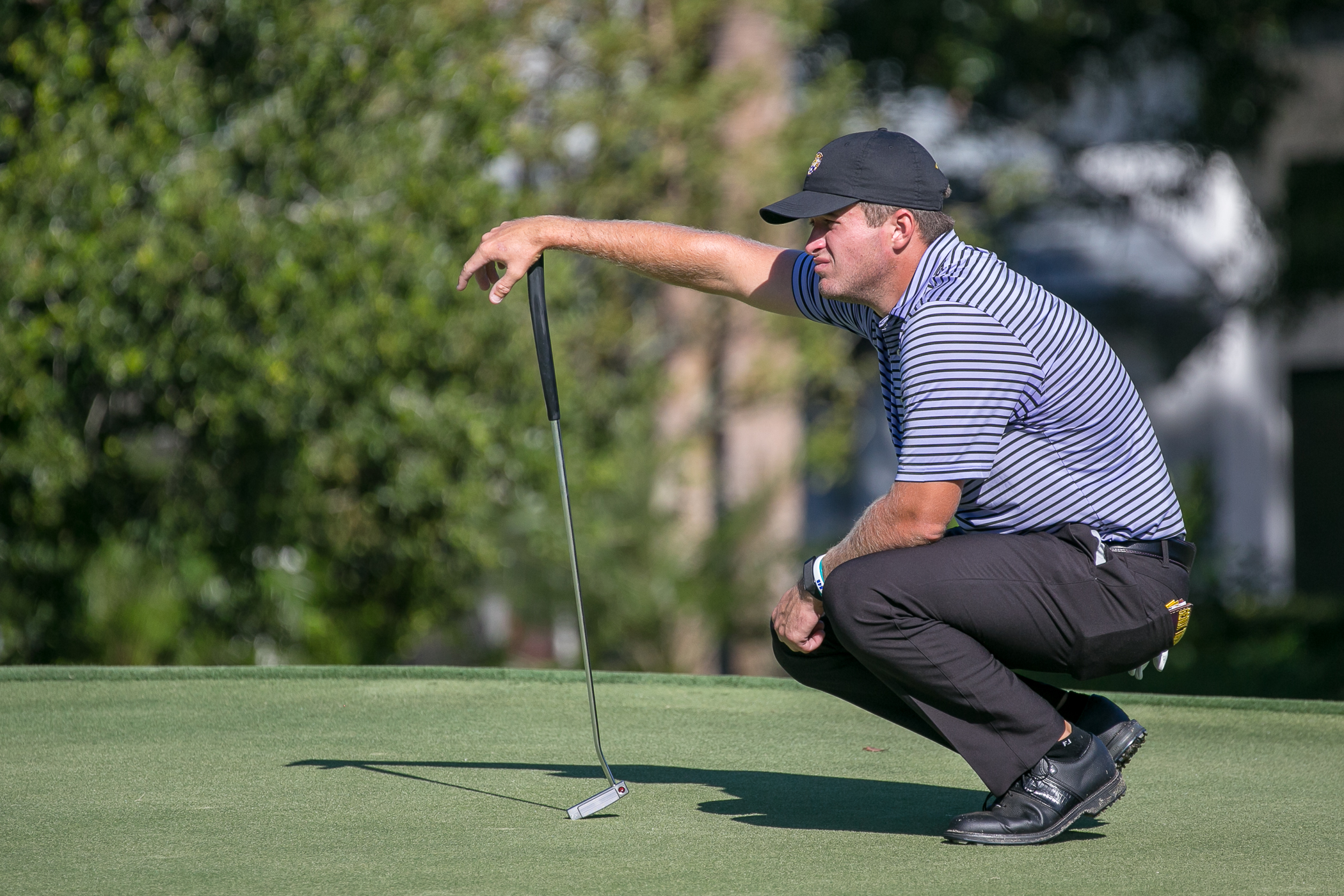 Windermere, Fl. – The LSU Men’s Golf team finished the final round of play at the Isleworth Collegiate Invitational in fourth as the Tigers were one of only four teams to shoot under par on the day with a 1-under 287, their lowest total of the event. LSU finished the 54 hole event at 5-over 869 (291-291-287).

Senior Garrett Barber earned his eighth top 10 finish with a tie for eighth place, carding a total score of 3-under 213 (68-72-73). Barber carded two birdies in the third round but ultimately finished at 1-over 73. He finished in the top five in par 4 (3.93 avg.) scoring for the tournament. Barber featured steady play throughout the 54 hole tournament as he registered 38 pars in the event for the third highest total of the tournament in that category.

Senior Michael Sanders made his team leading second eagle of the year on the seventh hole and carded four birdies as he climbed 15 spots on the leaderboard with a 1-under 71. Sanders finished the tournament tied for 33rd with a total score of 6-over 222 (77-74-71).

Freshman Cohen Trolio, sophomore Nicholas Arcement, and senior Trey Winstead all carded three birdies a piece in the third round. Trolio finished tied for 22nd with a total score of 3-over 219 (71-73-75). Arcement finished the day at 1-under 71 for a total score of 5-over 221 (75-75-71), moving up 12 spots over the course of the last round to finish tied for 31st.

The Tigers will return to play in the spring with The Prestige from Feb. 21-23 in La Quinta, California at the Greg Norman Course at PGA West.