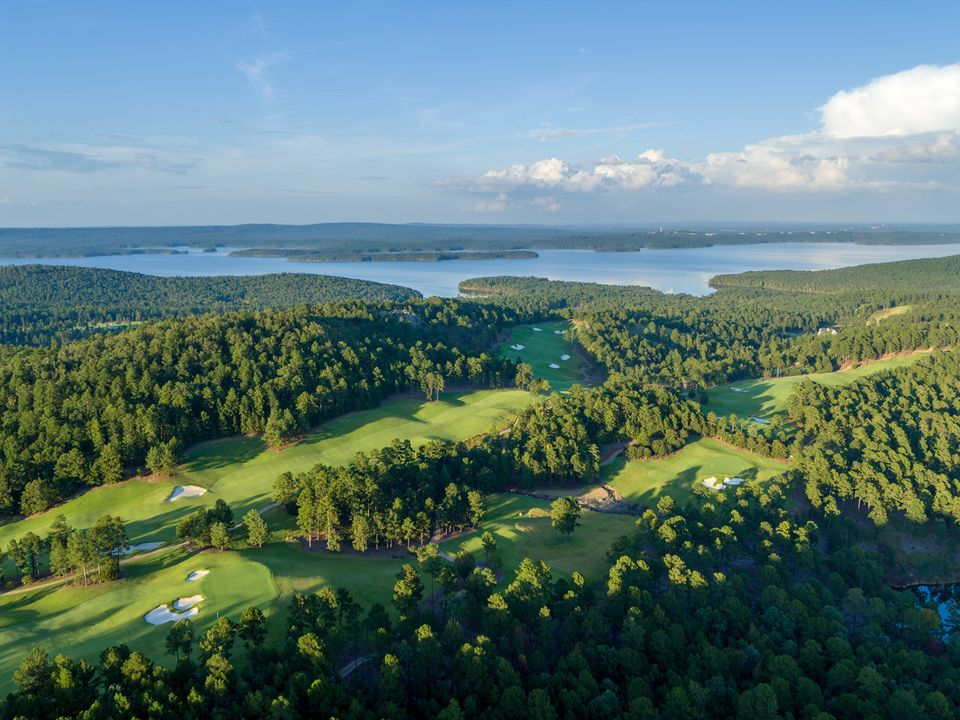 BATON ROUGE – The LSU women’s golf team is back in action starting Monday in a most unique regular season event, the Jackson T. Stephens Cup at the Alotian Club in Roland, Arkansas.

The event features both stroke and match play over three days featuring separate men’s and women’s divisions. The event will be televised all three days by The Golf Channel, starting at 2 p.m. CT on Monday.

The Jackson T. Stephens Cup is set to be an annual collegiate golf tournament named in memory of the late Augusta National Chairman, Jackson T. Stephens. It will rotate sites starting with the Alotian Club. The 2022 tournament will be held at Seminole Golf Club, in Juno Beach, Fla., followed by the Trinity Forest Golf Club, in Dallas, Texas in 2023.

The format is 54 holes of stroke play over Monday and Tuesday with the teams then set for a match play round on Wednesday based on finish of the stroke play of the first two days.

The five women’s teams joining the Tigers in the event are Arkansas, Baylor, Ole Miss, South Carolina and Virginia. The tournament has also invited individuals from the service academies and HBCU’s to play in the stroke play event with players from Navy, Howard, North Carolina A&T and Prairie View A&M.

LSU is coming off a strong fourth place finish in last week’s Illini Women’s Invitational at Medinah, rallying from 3-over par after the first nine holes to finish at 11-under par for the event.

Sophomore Carla Tejedo Mulet had her best collegiate finish, tying for second at 6-under 210 and junior Ingrid Lindblad recorded her 16th top 10 finish at LSU with the same total. Tejedo Mulet in the opening round and Lindblad in the final round, both had 4-under 68s.

Freshman Elsa Svensson also recorded a 4-under 68 in the second round of the event as she shot 1-under 215.

All three will be back in the lineup for the Stephens Cup with junior Latanna Stone and senior Alden Wallace.

LSU, Arkansas and Baylor are paired together for the first round with tee times starting at 8:40 off hole No. 1. The Alotian Course will play at par 72 and 6,367 yards for the women.

Alotian was founded by Warren Stephens, son of Jackson Stephens, and is the first (and still only) course in Arkansas ever to make America’s 100 Greatest by Golf Digest.

Ingrid Lindblad shoots 2-under 70 Saturday and stands T6 after 36 holes at even par 144.
Gallery: Women's Golf NCAA Championship - Second Round

Alden Wallace reacts as her eagle putt at the par 5 7th hole drops as part of her 1-over round of 73.
Skip To Main Content