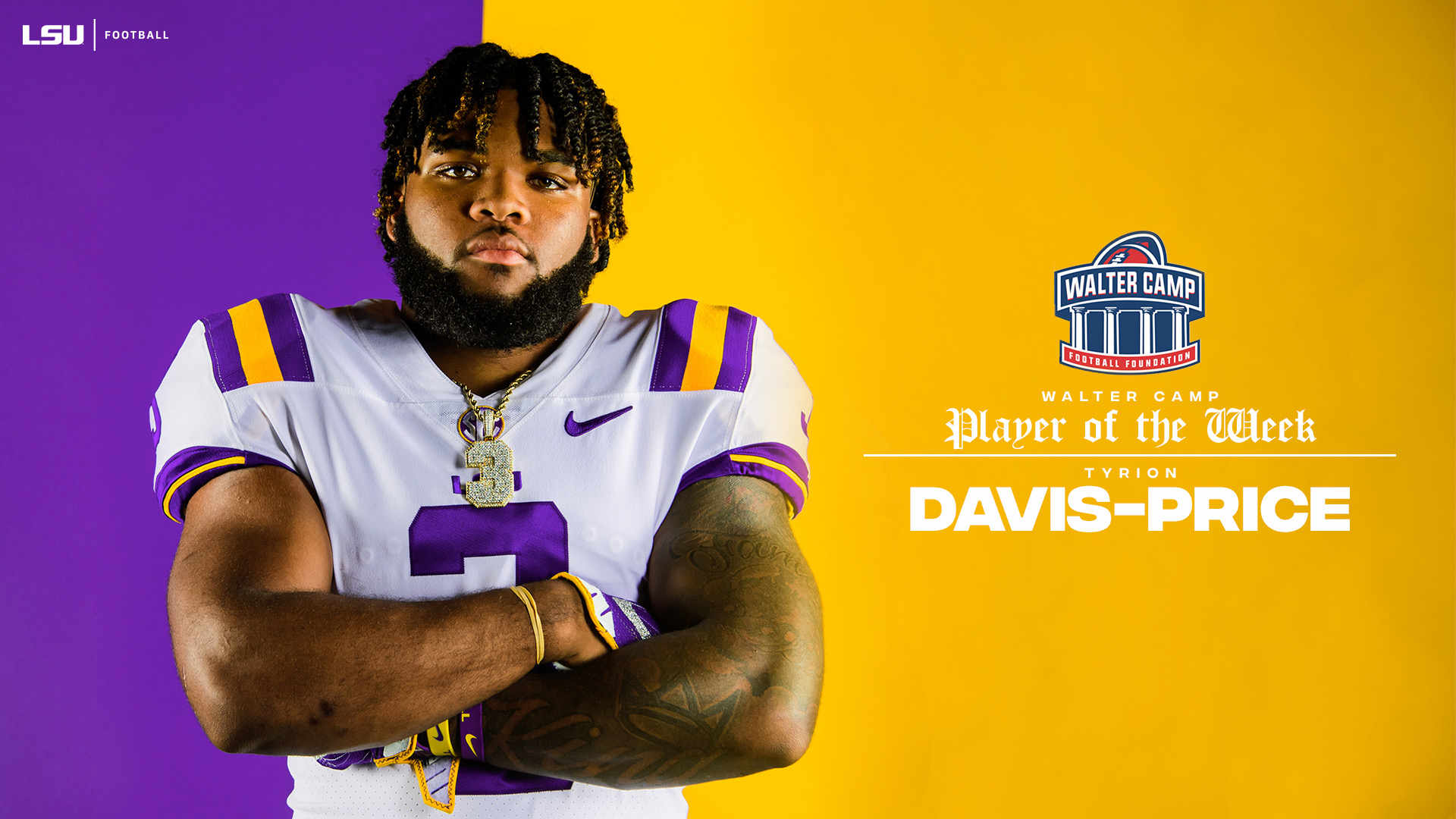 Davis-Price set the LSU single-game rushing record with 287 yards and three touchdowns on 36 carries in leading the Tigers to a 49-42 win over 20th-ranked Florida on Saturday in Tiger Stadium Davis-Price, a junior from Southern Lab in Baton Rouge, became the first player in LSU history to rush for more than 200 yards against the Gators.

Davis-Price’s 287 rushing yards were the most ever against a Florida defense, breaking the previous mark of 238 set by Georgia’s Heisman Trophy winning running back Herschel Walker in 1980. It also stands as the 10th-highest single-game rushing total in Southeastern Conference history.

Davis-Price scored on runs of 18, 40 and 25 yards as he averaged a staggering 8.0 yards per carry on 36 attempts. The 36 rushing attempts tie for the sixth-highest total in LSU history, while his 8.0 yards per carry set the school mark on a minimum of 30 carries in a game.

The Florida contest marked the second straight 100-yard game for Davis as last week against Kentucky, he rushed for a then-career best 147 yards and two TDs against the Wildcats.

In seven games, Davis-Price leads the Tigers with 574 yards and five touchdowns. His 82.0 yards per game rank No. 6 in the SEC.

This is the 18th year that the Walter Camp Football Foundation will honor one offensive and one defensive player as its national Football Bowl Subdivision player of the week during the regular season. Recipients are selected by a panel of national media members and administered by the Foundation.