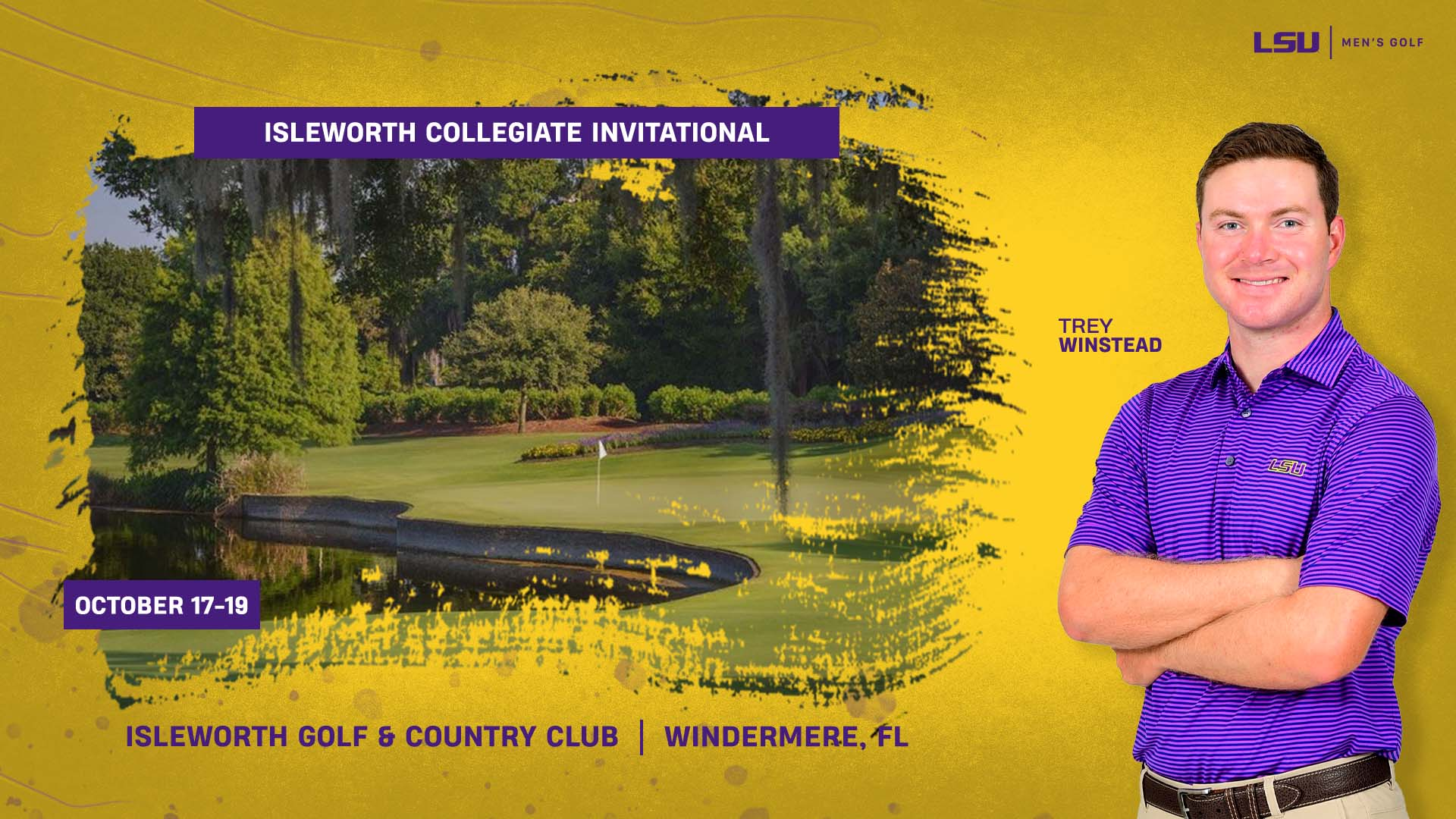 Baton Rouge, La. – The LSU Men’s Golf team will travel to Windermere, Florida for their final tournament of the fall schedule, the Isleworth Collegiate Invitational hosted at the Isleworth Golf & CC. The three day, 72-hole tournament will begin on Sunday and conclude on Tuesday.

It will be the traditional play five, count four format for the Tigers. Each round will begin at 8:00 a.m. CT Sunday through Tuesday and they will play 18 holes each day. The Isleworth Golf & CC will play as a par 72 at 7,544 yards.

LSU has only played two of three events thus far due to the cancelation of the Scenic City Collegiate. Their fourth tournament of the fall schedule was SEC Match Play, where they finished fourth out of the field of fourteen. This is the Tigers final fall tournament.

The Tigers are averaging 281.67 strokes per round with Michael Sanders leading the team with an average of 69.67 strokes per round. LSU has registered under par team scores in four of the six rounds they have played this season. Sanders also leads in birdies on the year and per round at 29 and 4.83 respectively.