It was June 8, 1991, at Omaha’s Rosenblatt Stadium, and not long after he had fielded a ground ball at third base and thrown out the final Wichita State batter to clinch LSU’s first College World Series championship, Chris Moock felt a teammate’s cleats rake across his head during a delirious celebration at the pitcher’s mound. 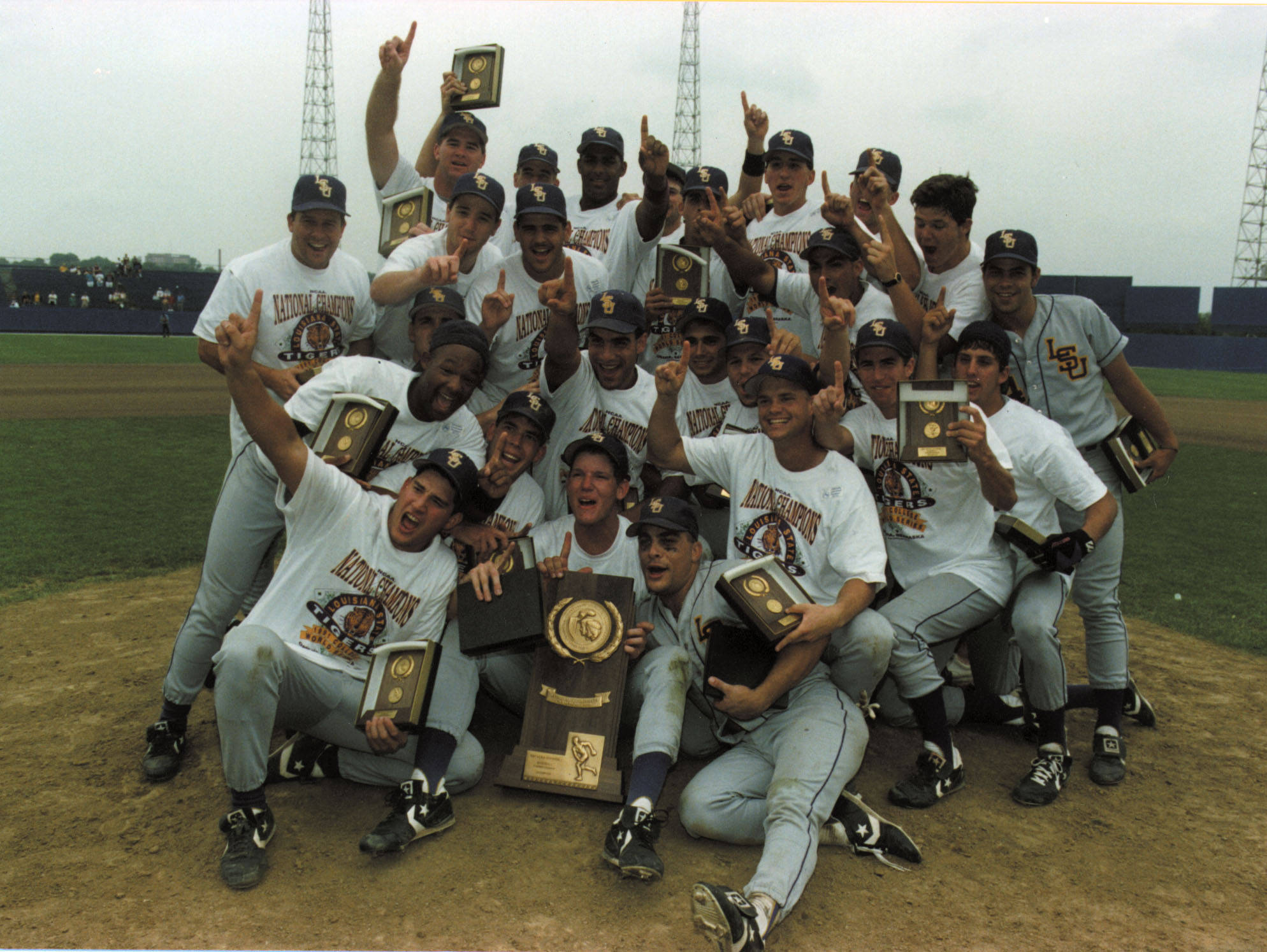 Editor’s note: This weekend, the 1991 LSU baseball team will hold a 30-year reunion celebrating the school’s first College World Series championship. Members of the team will be recognized on the field of Tiger Stadium during Saturday’s football game vs. Florida.

It was June 8, 1991, at Omaha’s Rosenblatt Stadium, and not long after he had fielded a ground ball at third base and thrown out the final Wichita State batter to clinch LSU’s first College World Series championship, Chris Moock felt a teammate’s cleats rake across his head during a delirious celebration at the pitcher’s mound. The pain from the wound couldn’t override the immense sense of accomplishment he savored as the Tigers gathered in left field for their postgame meeting with coach Skip Bertman.

“There was a certain peace about being with everyone who had worked so tirelessly throughout the season and had achieved the ultimate goal of reaching the plateau of being national champions,” Moock remembered.  “For us, there was no more work to do.  We had passed the torch that was given to us by Tiger teams before.  The breeze was subsiding and the clouds were cooling.

“Maybe it was the stitches in my head from the dogpile that brought me back down to earth, but this place where we found ourselves was truly special ground.  In left field.  Listening to Skip. Basking in the glow.”

The 1991 Tigers obliterated the College World Series field, outscoring their four opponents, 48-15. LSU was a veteran club with several players who had gained CWS experience during the Tigers’ trips to Omaha in 1989 and 1990.

“What made 1991 special was that we had a bunch of older players that had been to Omaha and lost, so our singular goal was to win the CWS,” said designated hitter Pat Garrity.  “We had won regionals and SEC championships in prior years, but in 1991 those were just necessary steps to win in Omaha.  When we won the SEC and regional, we were very happy, but in a more subtle way than in prior years.”

“I think the experience of losing in the CWS in 1990 strengthened our team’s resolve from top to bottom,” pitcher Mike Sirotka recalled. “We soon became a team on a mission. We were bringing a lot of accomplished players back that were singularly focused on winning a championship.  Our motivation, belief, and vision were clear.  Winning was our only option.”

Catcher Gary Hymel was the Most Outstanding Player of the 1991 CWS, as he batted .500 with four homers and 10 RBI at Rosenblatt. He said the Tigers were committed to completing a quest begun by the players of Bertman’s previous seven LSU teams.

“For me it felt more like the end of a journey, a journey we had been preparing for from the day Skip started at LSU in 1984,” Hymel explained. “Skip never let any of us forget that the guys before us put in the groundwork and preparation that would lead to the ’91 CWS championship — it was our job to keep paving the way.”

“Our 1991 team shares a unique bond by being the best, first,” Sirotka said. “Yet, we are also deeply gratified and proud to have led the way for the many dynamic and championship teams that came after us. We are all connected.  It’s a bond and brotherhood to last a lifetime.”

Bertman, who would lead LSU to four more CWS titles before retiring from coaching in 2001, left an enduring impression upon his 1991 players that continues to resonate 30 years after their triumph in Omaha.

“I am very grateful to have played with my teammates and for such a tremendous coach in Skip Bertman,” Hymel said. “Skip gave us no choice but to grow up and be men, and he led the way by example. My time at LSU taught a strong work ethic, to think ahead, to work as a team, to not make emotional decisions, to set goals and work to achieve them. “

“Very few people get the privilege to play at LSU and I am very fortunate to have had the opportunity to do so,” Garrity said. “I had the opportunity to play for one of the greatest coaches to ever coach.  While Coach Bertman was very demanding of our time and energy, the lessons we learned both on and off the field are invaluable. I still use many of the lessons learned from Coach Bertman, whether in business, parenting, or coaching my own kids.”