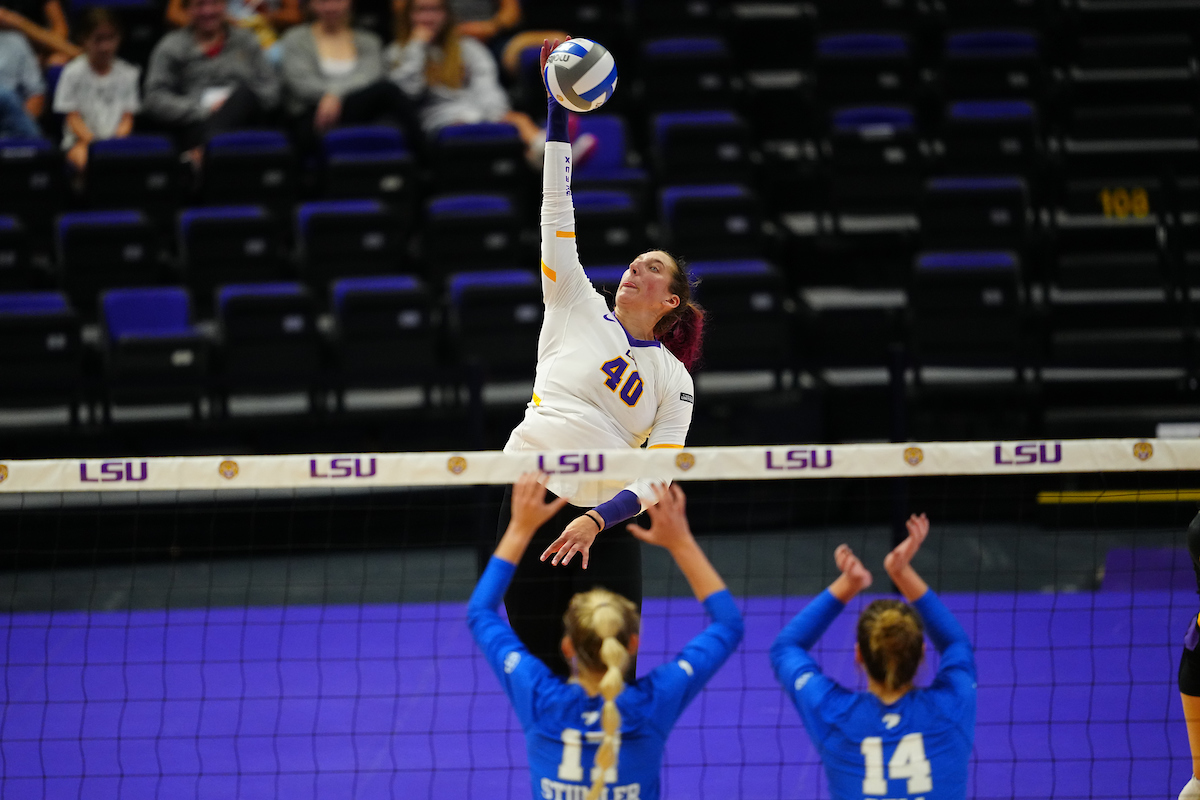 “Defensively I thought we played well enough to have a shot,” said head coach Fran Flory. “Defense doesn’t win matches though. Offense does, and our offense did not match theirs [Kentucky] tonight in terms of efficiency. We had too many errors and we could not find our rhythm.”

“I thought Raigen [Cianciulli] had another outstanding effort and made some incredible plays, but our offense has to mature and get a little bit better,” Flory said. “We are still a work in progress. We have a couple days in the gym to get ready for South Carolina Wednesday night.”

Kentucky was led by outside hitter Alli Stumler, who had 16 kills. Middle blocker Azhani Tealer had nine kills and four blocks, and libero Eleanor Beavin had a team-high 10 digs.

The Tigers travel to Columbia, S.C. to take on South Carolina on Wednesday, Oct. 20, at 7 p.m. The match will be broadcast on the SEC Network.