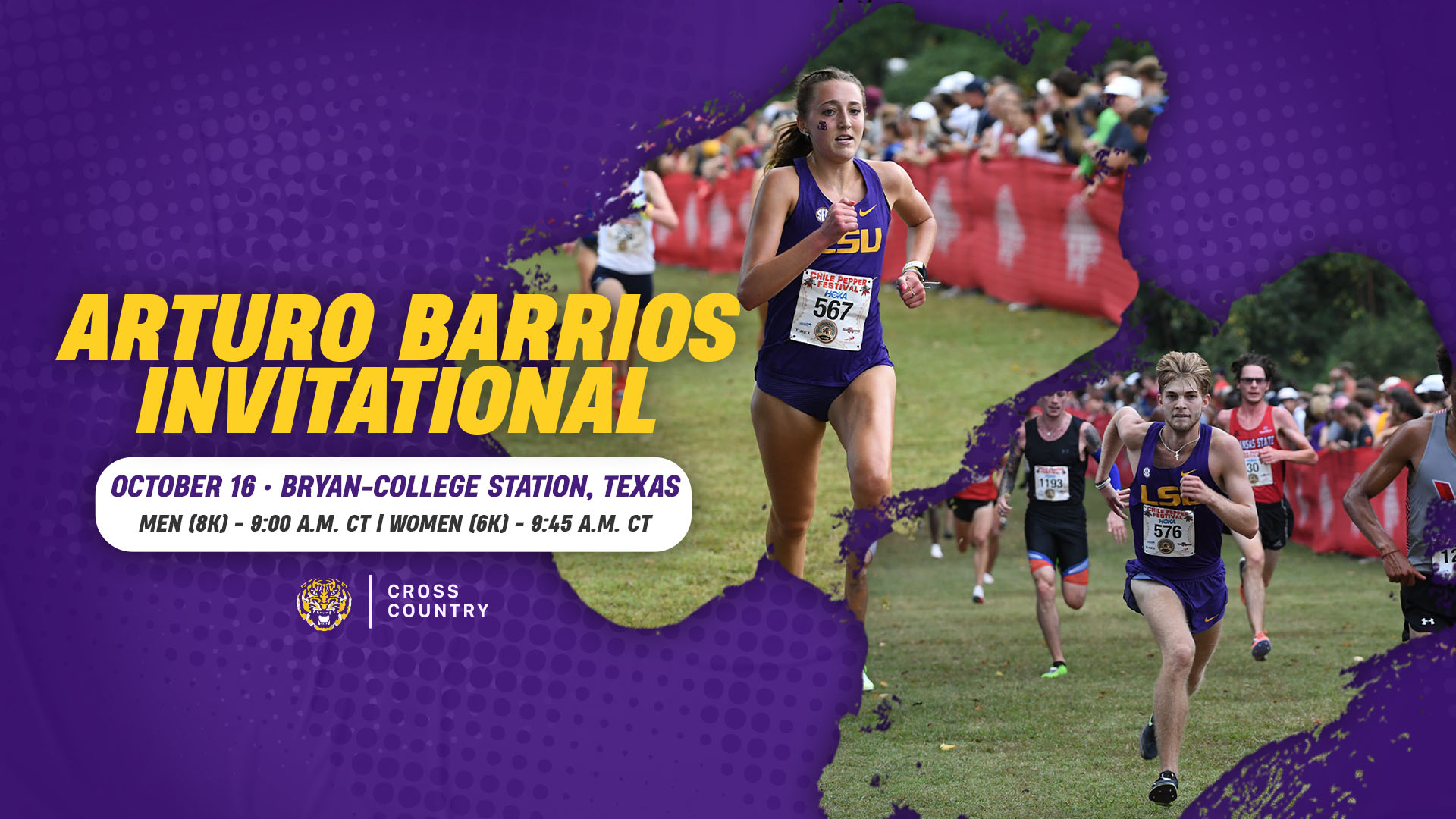 Baton Rouge, La. – The LSU men’s and women’s cross country teams will travel to Bryan-College Station, Texas to compete in the Arturo Barrios Invitational which will take place at the Dale Watts Cross Country Course on Saturday morning. The men’s team will start their race at 9:00 a.m. CDT with the 8k event while the women’s team will run a 6k that will start at 9:45 a.m. CDT.

LSU has had six athletes score at both meets this season; those athletes being are McDonald, Stamey, LaJocies, Bove, Martingayle, and Dart. Other scoring performances have come from Spoor, Hughes, S. Martin, Rangel, Coston, C. Martin, Pardo, and Hamilton

The Arturo Barrios Invitational will be the Tiger’s third and final regular season meet before the SEC Championships. For the full LSU cross country schedule check out lsusports.net.