Darius Days wants a taste of another championship. That’s how he started his career in 2018-19, as a key contributor to the regular season SEC champions and Sweet 16-bound Tigers. And after bypassing a shot at the NBA draft to return to Baton Rouge for one final campaign, that’s how he hopes finish it. 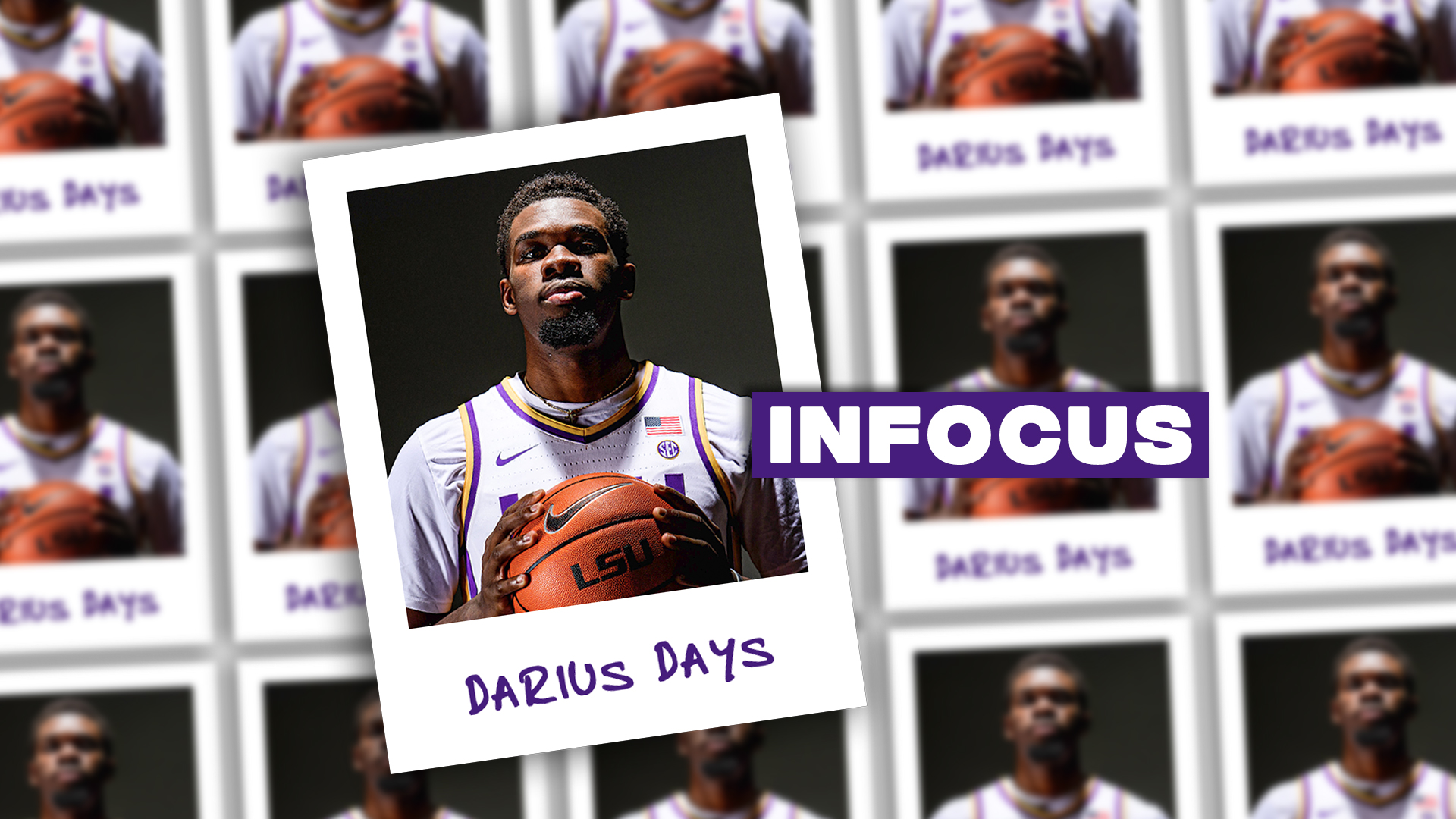 It wasn’t long ago, after a long day of practice, workouts, and class, he’d eat them by the rack. Other days, he’d opt for a burger with French fries, or a plate of pasta, or chicken nuggets and waffle fries. Put in hours of work to be one of the most efficient scorers and prolific rebounders in the country, and you’ll work up quite the appetite.

This Days, he’s hungry for something more substantial than comfort food.

He wants a taste of another championship. That’s how he started his career in 2018-19, as a key contributor to the regular season SEC champions and Sweet 16-bound Tigers. And after bypassing a shot at the NBA draft to return to Baton Rouge for one final campaign, that’s how he hopes finish it.

“I want to be the SEC Player of the Year,” Days says. “I want to want to lead my team to a regular season SEC Championship and lead my team to an SEC Tournament championship. And wherever we go in the NCAA tournament, I want to have a winning season. LSU is known for winning in basketball the last few seasons, and I want to keep that tradition going.”

No SEC team has won more conference games in the last three seasons than LSU, and Days has been there for every victory, developing from a highly effective role player as a freshman into a preseason Conference Player of the Year candidate as a senior.

In 2018-19, he played in all 35 games, averaging 5.3 points per game and 4.0 rebounds per game, but he was an advanced stats monster, with a 128.3 offensive rating that put him second in the conference. He made 38.2% of his three-point attempts and grabbed 17.6% of available defensive rebounds, another mark among the SEC’s very best.

Over the next two seasons, Days become a bigger part of the offense, averaging 11.1 points and 6.8 rebounds per game as a sophomore and 11.6 points and 7.8 rebounds last season as a junior, when he hit 40.0% of his three-point attempts and led the SEC with a 128.0 offensive rating. That success, as LSU advanced to the Round of 32 in the NCAA Tournament, drew the attention of NBA scouts, but after testing the waters, Days decided to return to school for another year and a bigger role.

“Everything that the scouts told me in the draft process, I’m doing,” Days says. “I’m trying to be a leader for these young guys. Being able to come back, experience one more year at LSU, I’m happy to be here. Nothing is taken for granted, I love this university.”

Days will be the first player Will Wade has coached for four years at LSU, and the Tigers’ fifth-year head coach can already see the maturation in his game and his approach.

“He’s been phenomenal,” Wade says. “The first step of leadership is handling your own business. He’s been a tremendous student. He shows up to everything on time. He’s early. He sets the standard for what we want to do.”

That includes what he eats. Days’ new diet is a big part of those plans. While Days was in the best shape of his career last season, he played 27.0 minutes per game, and he felt fatigue set in later in the season. So he spent time this offseason perfecting his diet, eating for function over flavor.

“I looked better last year, but it wasn’t where I needed to be,” he says. “I can’t eat what I’ve eaten these last three years. I’ve got to stay slim and trim and play way more minutes than I’ve played.”

More wins for the conference’s winningest player over the last three season? That’s exactly what Days is craving these days. He’s had a taste of success, but he wants more.

“He’s going to have a career year this year, his best year,” said Wade. “He’s done everything we’ve asked since he’s been here, and we want to pay it off here in his senior year and make sure he has his best year.”