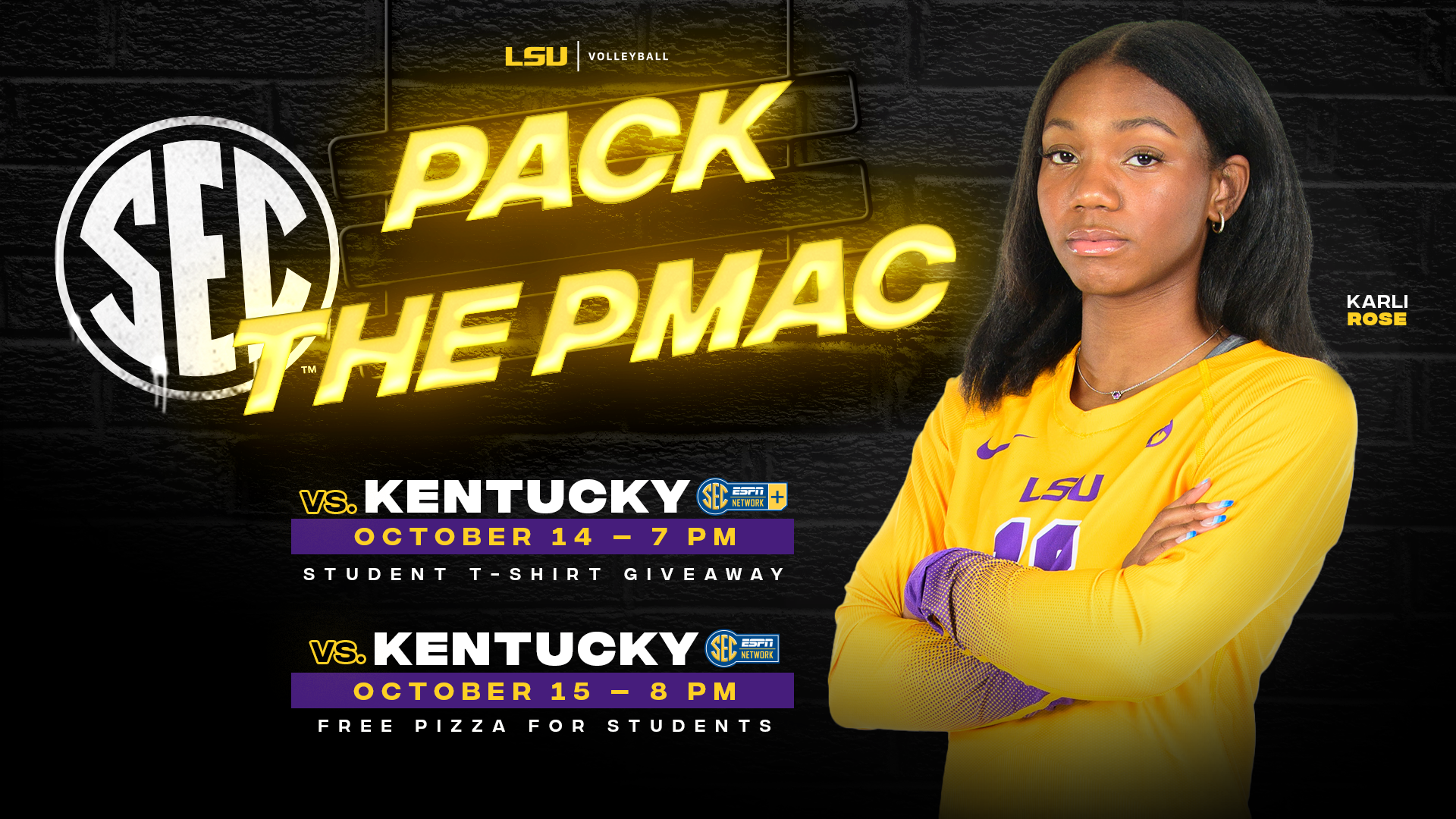 The Tigers had their best offensive performance last weekend when they hit .268 over three matches and posted two wins, including one over a nationally ranked Florida program. LSU is 6-0 this season when hitting over .250 and defensively, ranks No. 11 in the NCAA averaging 2.81 blocks per set while leading the SEC with 177.0 total blocks.

Outside hitter Kylie DeBerg – this week’s SEC Offensive Player of the Week, leads the Tigers and is ranked No. 3 in the SEC with 4.22 kills per set and 4.78 points per set, while also leading the team with 17 aces. Right side Taylor Bannister averages 2.50 kills per set and will become the program’s all-time leader in total kills with her next kill.

The SEC Freshman of the Week and setter Ella Larkin sits at No. 9 in the conference with 7.11 assists per set, while the SEC Defensive Player of the Week, libero Raigen Cianciulli ranks No. 3 in the SEC with 4.89 digs per set.

LSU trails Kentucky in the all-time series 24-45 and is currently on a 10-match losing streak.

Kentucky comes off a straight-set victory at Alabama and is the last undefeated team standing in SEC play. The 2020 National Champions rank No. 2 in the league with 14.0 kills per set, and No. 3 in the SEC with a .272 hitting percentage. Both marks rank inside the top 20 in the NCAA. Defensively, the Wildcats hold opponents to a .182 hitting percentage, registering 2.20 blocks and 14.02 digs per set.

Outside hitter Madi Skinner leads Kentucky with 3.84 kills per set, followed by outside hitter Alli Stumler who has 3.32 kills on average and a team-high 13 aces. Setter and true freshman Emma Grome ranks No. 2 in the SEC and No. 11 in the country with 11.12 assists per set.