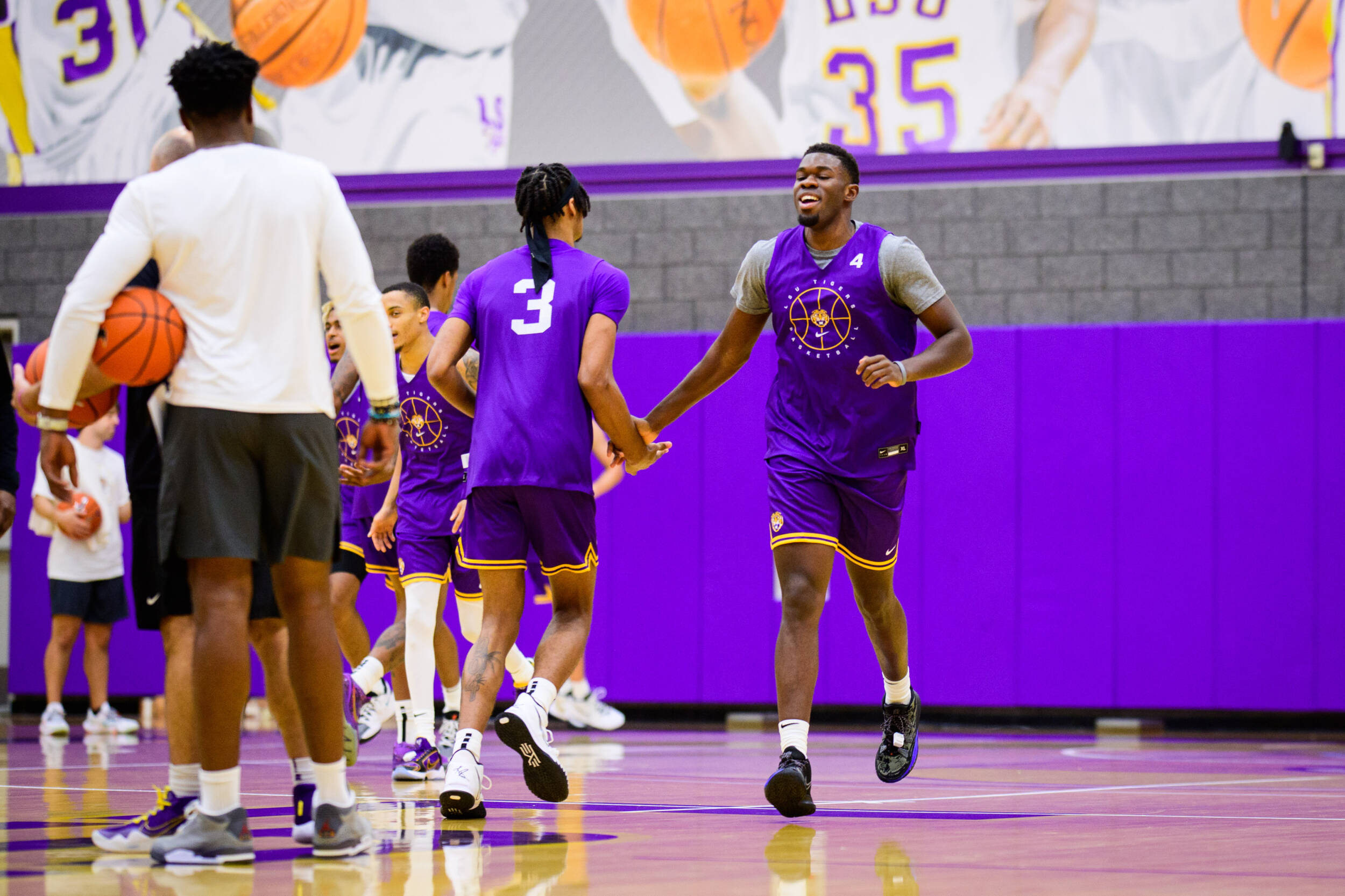 BATON ROUGE – The LSU and Nicholls State men’s basketball teams will meet in an NCAA charity exhibition game on Saturday, Oct. 23 at Stopher Gymnasium on the Nicholls State campus in Thibodaux.

This will be the first time LSU has traveled to Thibodaux to play at the 3,800-seat facility.

All proceeds from the game will go toward relief efforts stemming from the extensive damage in the Houma-Thibodaux area from Hurricane Ida.

All seating will be general admission for the game. Tickets at $10 each can be purchased through the Nicholls Athletics Ticket Office starting at noon today (Oct. 13) at NichollsTickets.com and during normal business hours by calling 985-448-4790.

Tipoff for the game is scheduled for 1 p.m.

The Colonels are coming off a regular season Southland Conference championship where Nicholls finished with an 18-7 overall record. It marked the first title under head coach Austin Claunch, who is entering his fourth season at the helm.

LSU posted a 19-win season in 2020-21 and earned an NCAA Tournament victory in its opening game with St. Bonaventure. LSU finished third in the Southeastern Conference and advanced to the SEC Tournament championship game for the first time since 1993. Coach Will Wade enters his fifth season as head coach at LSU.

This will be the second  charity exhibition that LSU has been involved in recently. The Tigers traveled to Ruston prior to the 2019-20 season for a charity contest with Louisiana Tech to aid the victims of a tornado that pushed through the Ruston area and the LA Tech campus.

The Tigers open their regular season with five home games in two weeks on Nov. 9 against ULM. Season ticket information can be found online at LSUTix.net.