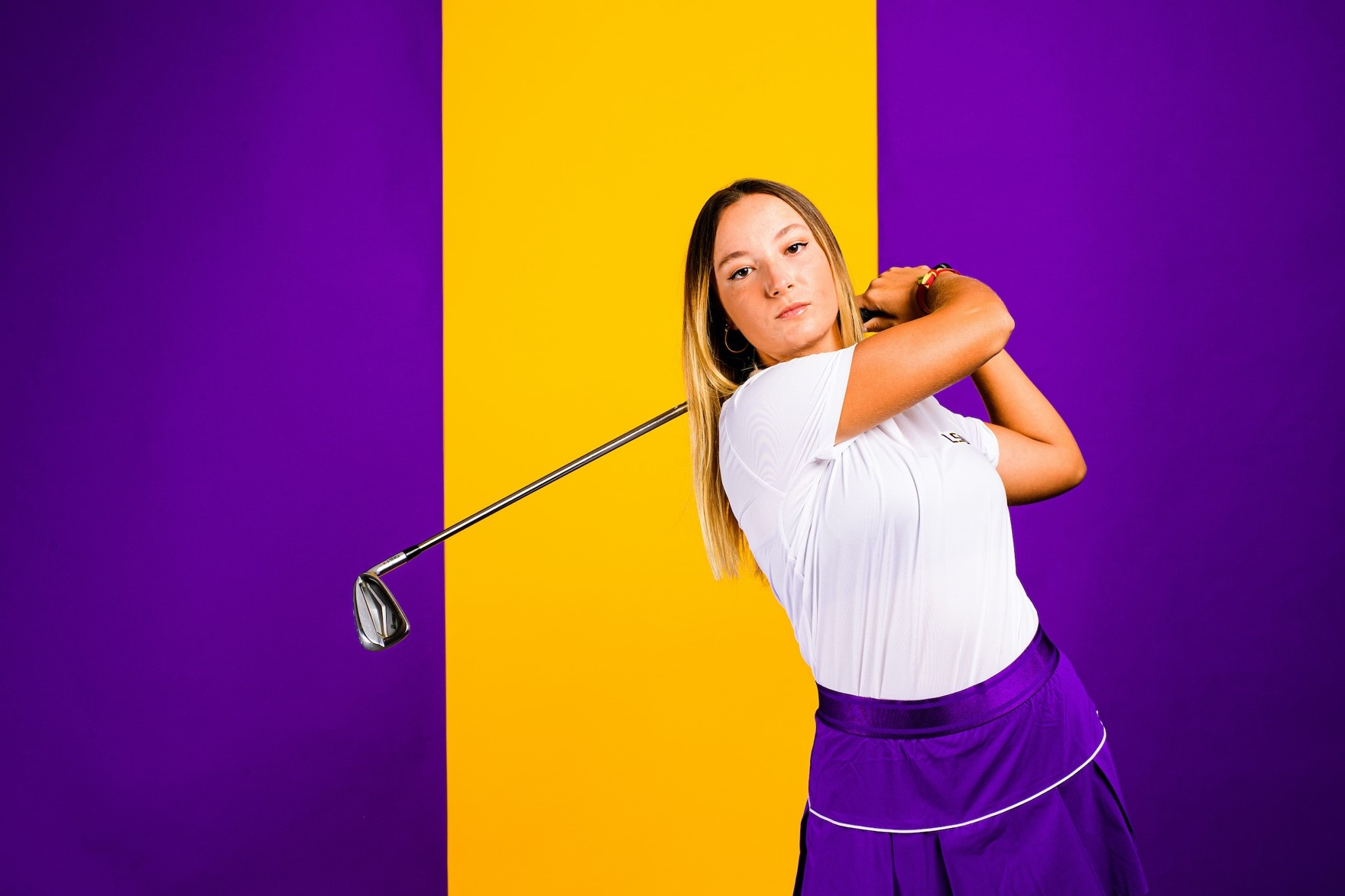 Tejedo Mulet posted rounds of 68-71-71 – to finish in a tie for third place on the final day in which the teams had to finish the suspended second round from Monday and then the scheduled final round of the 54-hole event. Mulet finished at 6-under par 210. It was Tejedo Mulet’s third LSU top 10 finish.

She was tied with junior teammate Ingrid Lindblad, who for the second straight fall tournament, posted her best round in the third as she had a 4-under 68 to finish at 210 as well (72-70-68). It was the 12th top 5 finish for Lindblad in her LSU career and her 16th top 10 finish.

Ironically, each round the Tigers counted a 68 and each was by a different player – Tejedo Mulet in Monday’s first round, Svensson in the carryover second round and Lindblad in the Tuesday final round. Svensson finished at 1-under par 215 (74-68-73) for a T23 finish.

Coach Runion’s Comments
“It was a solid tournament for us,” said LSU Coach Garrett Runion. “Obviously we would have liked to get the win. But after starting the first nine holes in last place and entering the last nine holes to have a chance to win, I’ll definitely take that. We had a lot of good come from this tournament. We had three players finish under par. That’s always nice.

“Carla with her first top five as a Tiger is good and will give her confidence for our remaining two (fall) tournaments. Ingrid was solid as always; we kind of take her for granted sometimes, but another top three finish was great playing. I feel really good about this tournament because we came up to a course that nobody has ever played and conditions and grass that we weren’t used to. We adjusted well after not the greatest start and to put ourselves in contention to win.

“I felt like the fall season was starting with this tournament because we had such a long layoff after The Annika, but now we can take this and get in rhythm for our next two tournaments … Elsa made an 8 on her second hole of the tournament and battled back to finish at 1-under par which is great in just her second college event.”

Statistically
LSU led the field in birdies with 53, six more than host Illinois, while playing the par 5 holes in 1-under par, third best in the 15-team field. Tejedo Mulet was .458 on the par 5s (third best in the field), with Lindblad fifth on the par 3s at 2.92 and T5 on the par 4s at 3.90. Lindblad also had a streak of 32 consecutive holes without a bogey.

Georgia and Louisville tied for first in the event at 15 under par 849 while Purdue was one shot back in third at 14-under. LSU was one shot clear of fifth place San Jose State at 10-under par 854.

Emily Price of Kent State was the individual winner at 10-under par 206 (69-68-69) while former LSU player Kendall Griffin of Louisville was second at 7-under 209. Lauren Thibodeau of Louisville tied with Lindblad and Tejedo Mulet of LSU for third.

It will be a short rest for LSU when they return as they get ready for the Stephens Cup in Roland, Arkansas at the Alotian Club, a unique event that will combine stroke and match play into a regular season event. That event is set for this coming Monday-Wednesday and will be televised on the Golf Channel.