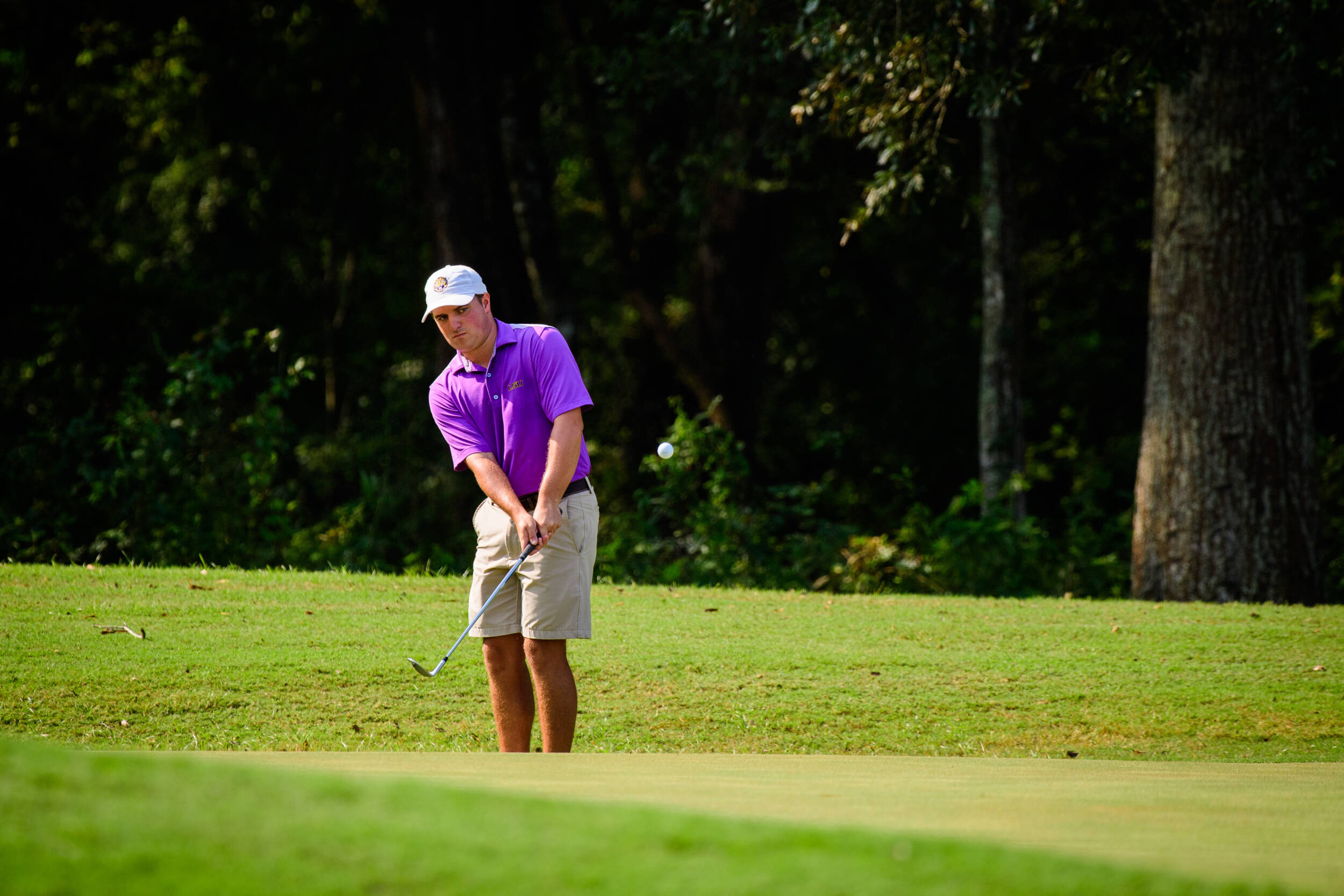 Shoal Creek, Al. – The LSU Men’s golf team fell to No. 7 Arkansas in the semifinal match of SEC Match Play and to No. 13 Georgia in the consolation match on Tuesday at Shoal Creek GC.

Play was suspended Monday night due to darkness with LSU trailing 2 to 1 and sudden death matches were resumed Tuesday morning at 7:30 a.m. with Cohen Trolio and Nicholas Arcement

The Tigers fell 3 to 2 to the Razorbacks of Arkansas. Cohen Trolio won his match, 1Up, against Luke Long in sudden death. Nicholas Arcement fell to Juan Vesga, 1Down, after the sudden death match.

The Tigers lost 3-0 to Georgia in the final round of the tournament. Both Nicholas Arcement and Michael Sanders fell 4&3 to their respective opponents, Nic Cassidy and Trent Phillips.

Garrett Barber fell 3&2 to Ben Van Wyk and Trey Winstead was 1Down to Buck Brumlow. Cohen Trolio was all square on the 17th hole when his match was stopped.

Trey Winstead won all three matches, with Nicholas Arcement and Michael Sanders winning two of their four matches each. Cohen Trolio won one of two matches and Garrett Barber dropped all three of his matches.

LSU picked up wins over Alabama and No. 9 Texas A&M before falling in the semis to No. 7 Arkansas and to No. 13 Georgia in the consolation match. LSU’s two and two record earned them a fourth-place finish at the event. No. 7 Arkansas beat No. 15 Vanderbilt in the championship match to win SEC Match Play.

The LSU Men’s Golf team will wrap up their fall schedule next week at the Isleworth Collegiate Invitational. The tournament will be held Oct. 17-19 at the Isleworth Golf & CC in Windermere, Florida.