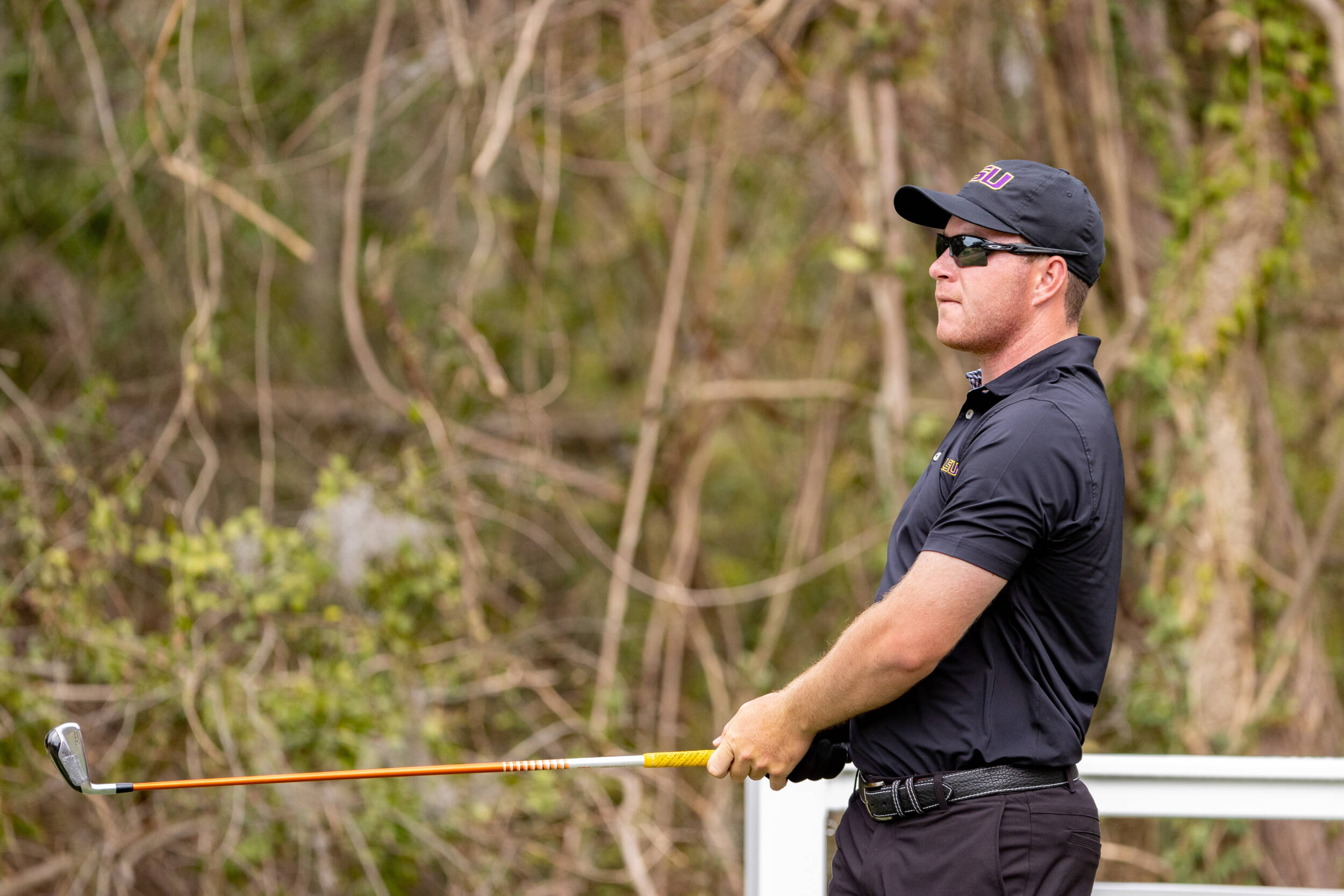 Shoal Creek, Al. – The LSU Men’s Golf team defeated Texas A&M, 3.5 to 1.5, on Monday morning to advance to the semifinals of SEC Match Play. The Tigers currently trail Arkansas in the semifinals 2 to 1 with two matches that are all square resuming Tuesday morning at 7:30 a.m. after play was suspended due to darkness.

Trey Winstead finished 1Up after winning five holes against Michael Heidelbaugh. Winstead lost the first hole of the day but never relinquished the lead once taking it on hole No. 4. Garrett Barber won five holes, finishing tied with Walker Lee for half a point. Cohen Trolio fell in his match against William Paysse who won 4&3.

Semifinal Against Arkansas – Update
The Tigers are trailing Arkansas 2-1 with two matches set to resume Tuesday morning in a sudden death competition. Cohen Trolio’s match against Luke Long and Nicholas Arcement’s match against Wil Gibson each begin at 7:30 a.m. on the 18th hole and play it continuously until someone wins the match. Both Trolio and Arcement are in must-win situations in order for LSU to advance to the championship match.

Play against the Razorbacks was suspended Monday night due to darkness. Trey Winstead finished 1Up against Wil Gibson but Michael Sanders fell 3&1 against Segundo Pinto and Garrett Barber fell 3&2 against Mateo Fernandez de Oliveira.

If the Tigers defeat Arkansas, they will play Vanderbilt in the championship match, but if LSU loses, they’ll face Georgia in a match for third place. The final matches will begin shortly after the conclusion of the semifinal matches.