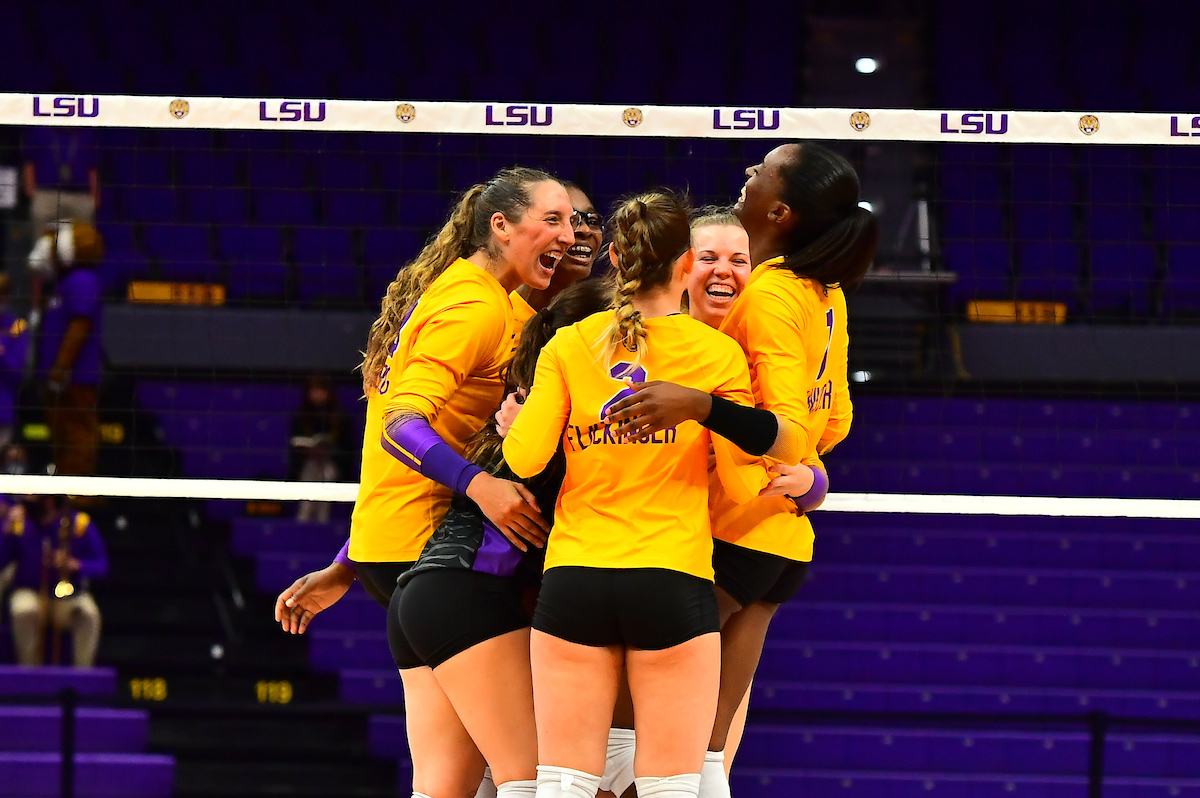 “We finally executed at a high level for a long time. I am proud of our kids,” said head coach Fran Flory. “We found a good rhythm and flow. We have a lot of physical players, but the bottom line is that we became better volleyball players today and we played the game differently. A win against Florida is always a great win for anybody and we are proud of that but I am more proud of the step we took and level of execution and toughness that we showed.”

LSU was led by outside hitter Kylie DeBerg, who had 21 kills, her highest in a conference match this season, and 10 digs. It was her fifth double-double on the year and her fourth match with 20 or more kills.

Right side Taylor Bannister tied the LSU program record for career kills (1,735) and is poised to break the record in her next match. The record has stood since 1991 and is currently shared with Nyla Shepherd. Bannister posted her second double-double this season with 15 kills and 11 digs, while also adding four blocks and a pair of aces.

“Taylor [Bannister] had a great bounce back game,” said Flory. “She is a big key to our team and opponenta have focused heavily on her. To reach those stats and handle that pressure – I don’t think anyone understands the load she carries. She is a much better volleyball player than she even knows and is worthy of this title.”

The Tigers will be back in the PMAC on Thursday, Oct. 14, against Kentucky at 7 pm. The match will be shown on SEC Network+.