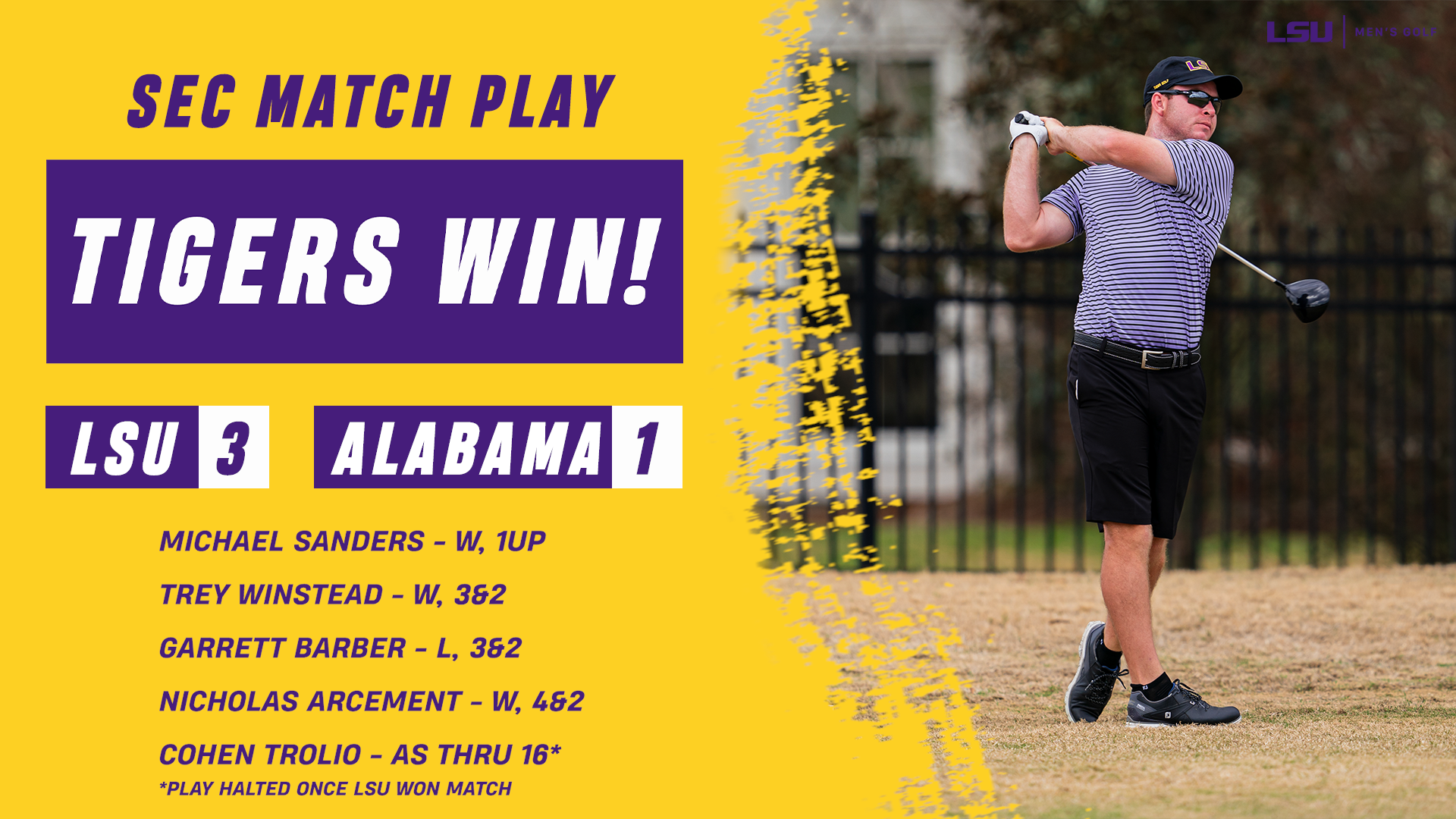 Shoal Creek, Ala. – The LSU Men’s Golf team beat Alabama, 3 to 1, in the first round of SEC Match Play on Sunday morning. The Tigers had a 4-1 advantage over Texas A&M midway through the second round when play was suspended due to darkness.

Michael Sanders won 1 Up against JP Cave on the 19th hole of the day which clinched the Tigers’ win. Cohen Trolio finished all square against Canon Claycomb. Their round was halted at the 16th hole once LSU won the match. Garrett Barber fell to Thomas Ponder who won three holes and finished 3&2.

Texas A&M Match – Update
LSU’s match with Texas A&M will resume at 9:00 a.m. Monday morning. Following the conclusion of the quarterfinal matches, teams will be re-paired for another session of match play.

Midway through the second round, the Tigers are up in four of the matches: