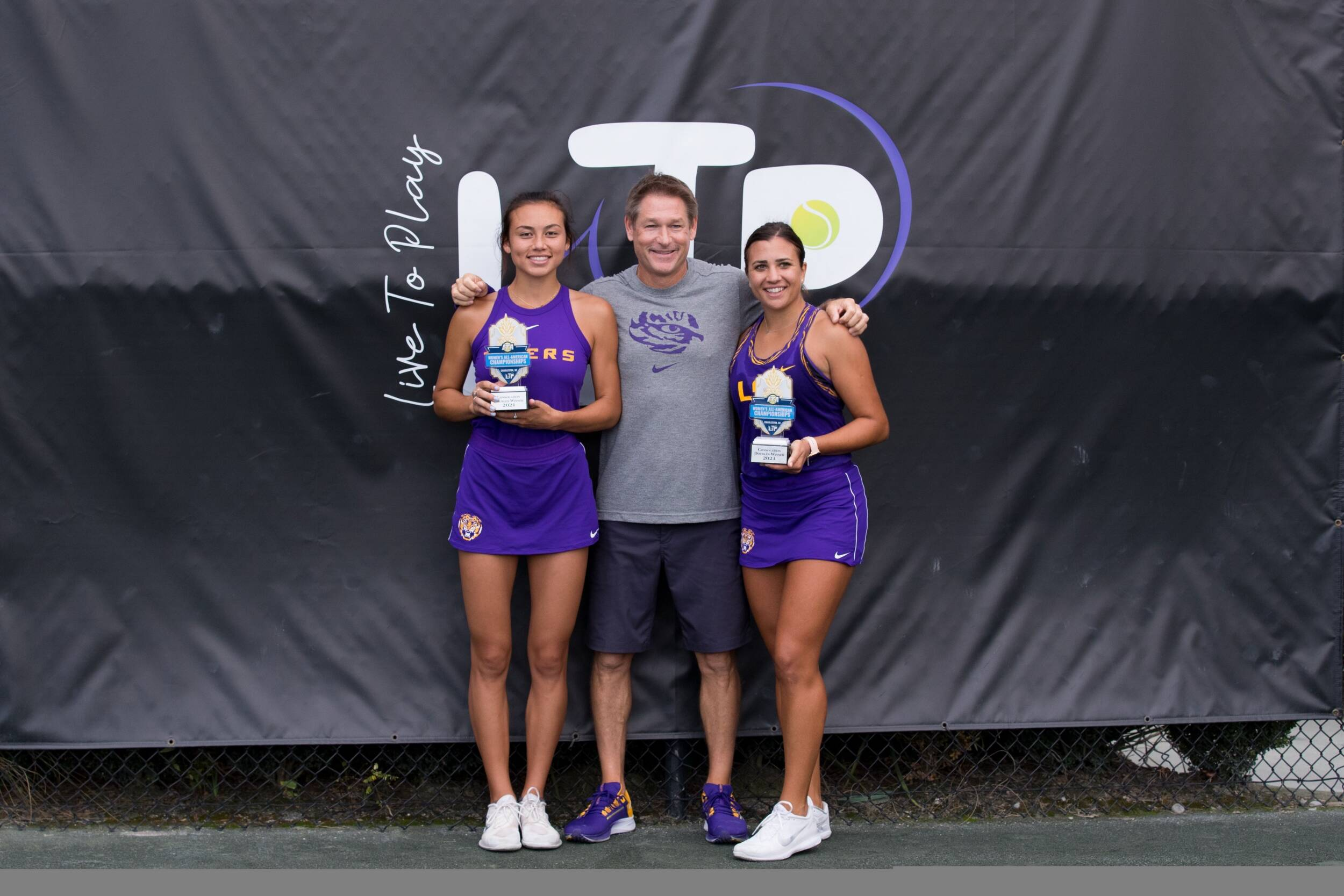 Selling Points
“To play in the national finals of any draw is always special,” co-head coach Michael Sell said. “We’re thrilled for Ena and Taylor in their continued improvement and progress they show each match. The tournament started slow for us, but they defeated some elite teams and showed their toughness and belief. They found the answers they needed for success and they’re bringing home a trophy from the biggest national tournament of the fall.”

Singles Action
Bridges opened the qualifying round by taking on Oklahoma’s Carmen Corley. Corley claimed the first set by a score of 6-2 before she held off Bridges in a tight 7-5 contest in the second to advance to the next round.

In the consolation draw, Bridges took on Patricija Spaka from Arizona State. The two contested an even first set, with Spaka able to pull away at the end of it and and win 7-5. Spaka used momentum from her first set win to get a 6-3 win in the second to claim the match victory.

Doubles Action
The No. 51-ranked duo of Babic and Bridges began their campaign in the main draw against North Florida’s Kit Gulihur and Ana Melilo in a contest that saw the North Florida duo claim an 8-1 win to advance to knock the Tigers into the consolation draw.

Babic and Bridges’ first round in the consolation draw pitted them against Utah’s Emily Dush and Anya Lamoreaux. The Tigers took an early lead in the match and didn’t look back on their way to an 8-2 win to advance to the next round.

The Tiger duo earned a bye in the second round and faced the No. 29-ranked duo of Eleni Louka and Jenna Thompson from Clemson. The first set was a tight affair, with LSU’s duo able to win the final two games to claim the first set by a score of 6-4. The second set was similar, with Babic and Bridges able to hold off the Clemson duo to win 6-3 and advance to the semifinals.

The semifinals paired Babic and Bridges against No. 7 Bronte Murgett and Marta Oliveira from Missouri. The first set was a back-and-forth contest that required a tiebreaker to decide it. In the tiebreaker, Babic and Bridges were able to grab a 7-4 win and claim the first set. The second set saw the LSU pair fend off Murgett and Oliveira with a 6-4 win to claim the straight set victory and book their place in the consolation final.

The consolation final was an SEC contest as Babic and Bridges faced No. 19 Georgia Axon and Adeline Flach from Auburn. The Auburn duo claimed the first set by a narrow 6-4 margin before the LSU team struck back with a strong 6-1 win in the second set to force a ten-point tiebreaker to decide the match. In the tiebreaker, the two Tiger duos went back and forth, but it was Babic and Bridges who were able to grab the crucial points to win 10-7 and claim the consolation title.

Up Next
The LSU Women’s Tennis team will travel to Tuscaloosa, Alabama, to participate in the 2021 ITA Southern Regionals, beginning on Thursday, October 14.