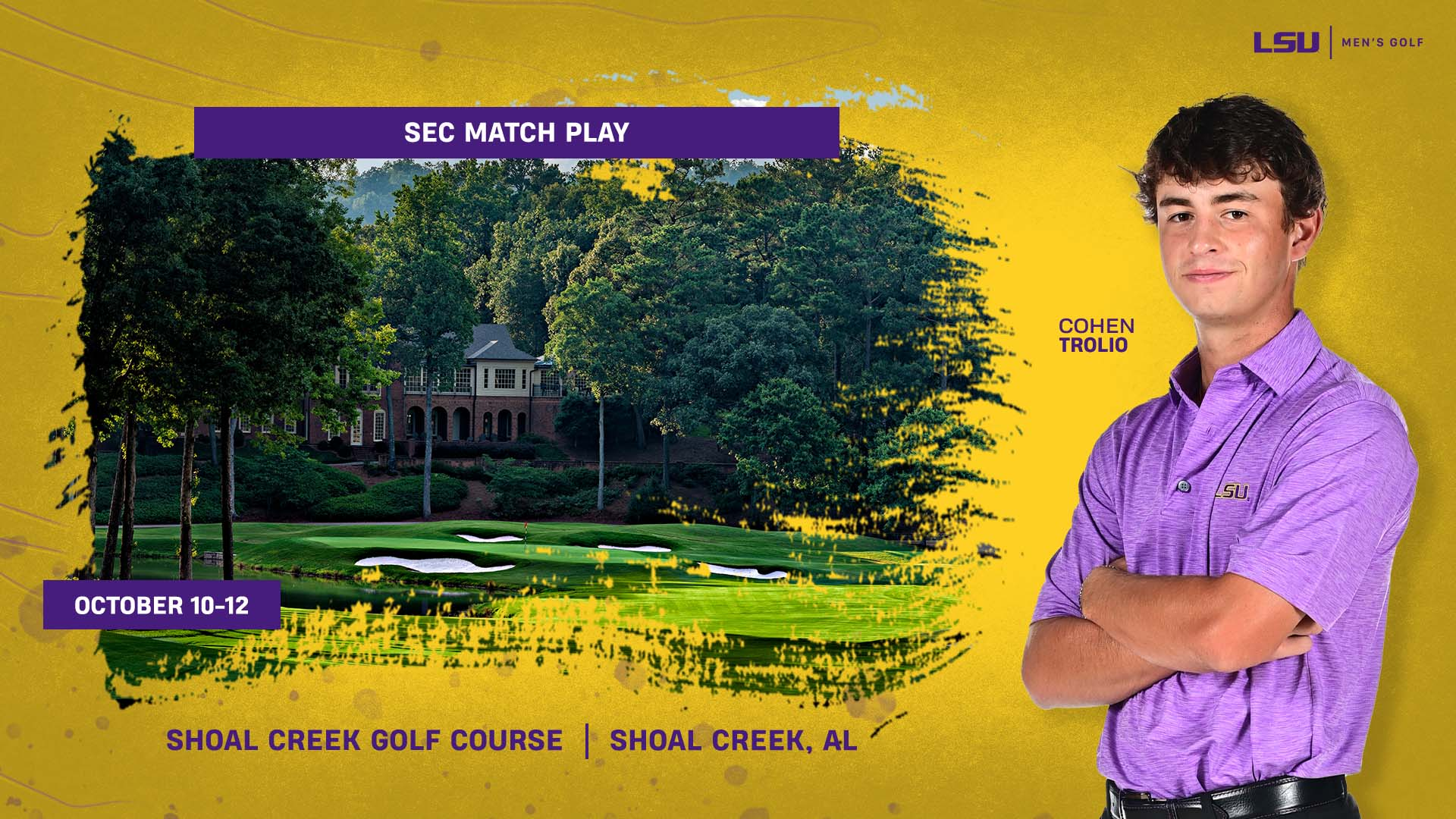 Baton Rouge, La. – The LSU Men’s Golf team will travel to Shoal Creek, Alabama to compete in SEC Match Play for the first time. The three day, 72-hole tournament will be held at Shoal Creek GC starting on Sunday and concluding on Tuesday.

Golfstat.com will have results once matches are final but will not have the hole-by-hole live scoring.

It will be a head-to-head match play tournament with two matches played on Sunday and one match played on Monday and Tuesday. Each team is guaranteed to play a match each day, even if they’re eliminated, and winners remain in the championship bracket for Tuesday’s final match. Shoal Creek GC will play as a par 72 at 7,370 yards.

LSU has only played two of three events thus far due to the cancelation of the Scenic City Collegiate. This will be the fourth tournament of five on the schedule for the men’s golf team this fall. Following this event, the Tigers will conclude their fall swing with the Isleworth Collegiate Invitational at the Isleworth Golf & CC.