Volleyball Sweeps Missouri in the PMAC 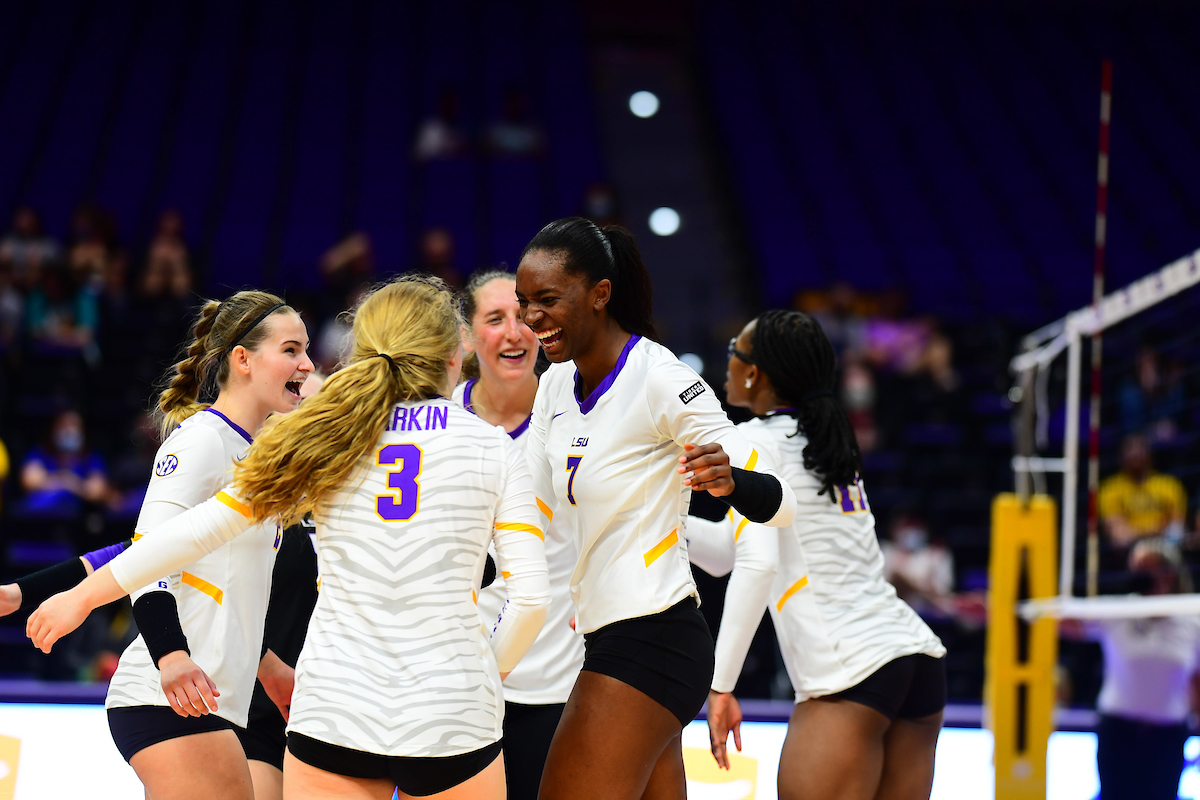 LSU hit a season-high .419 and held Missouri to a .186 hitting percentage. LSU had more kills (47-37) and were able to keep the mistakes to a minimum, recording just 10 total errors to Missouri’s 27. LSU also recorded seven blocks and kept all Mizzou players under 10 kills. The win Wednesday night snaps an LSU 10-match losing streak in head-to-head matches against Missouri.

“We finally stayed with the game plan,” said head coach Fran Flory. “We worked real hard this week offensively to hit the right shots, play above the net and use our strengths, and that is what we did tonight. We have been pretty efficient, but also efficient at scoring for the other team. Missouri made us play clean volleyball and we did that, especially in set two where we scored 22 points. That is a big step from last weekend and how we executed. I could not be prouder of our kids.”

Outside hitter Kylie DeBerg led the way in her first game against her former school, logging 19 kills behind a season-best .444 hitting percentage. She also added two blocks.

Right side Taylor Bannister was efficient as she contributed 11 kills and a .588 hitting percentage, also her highest of the season.