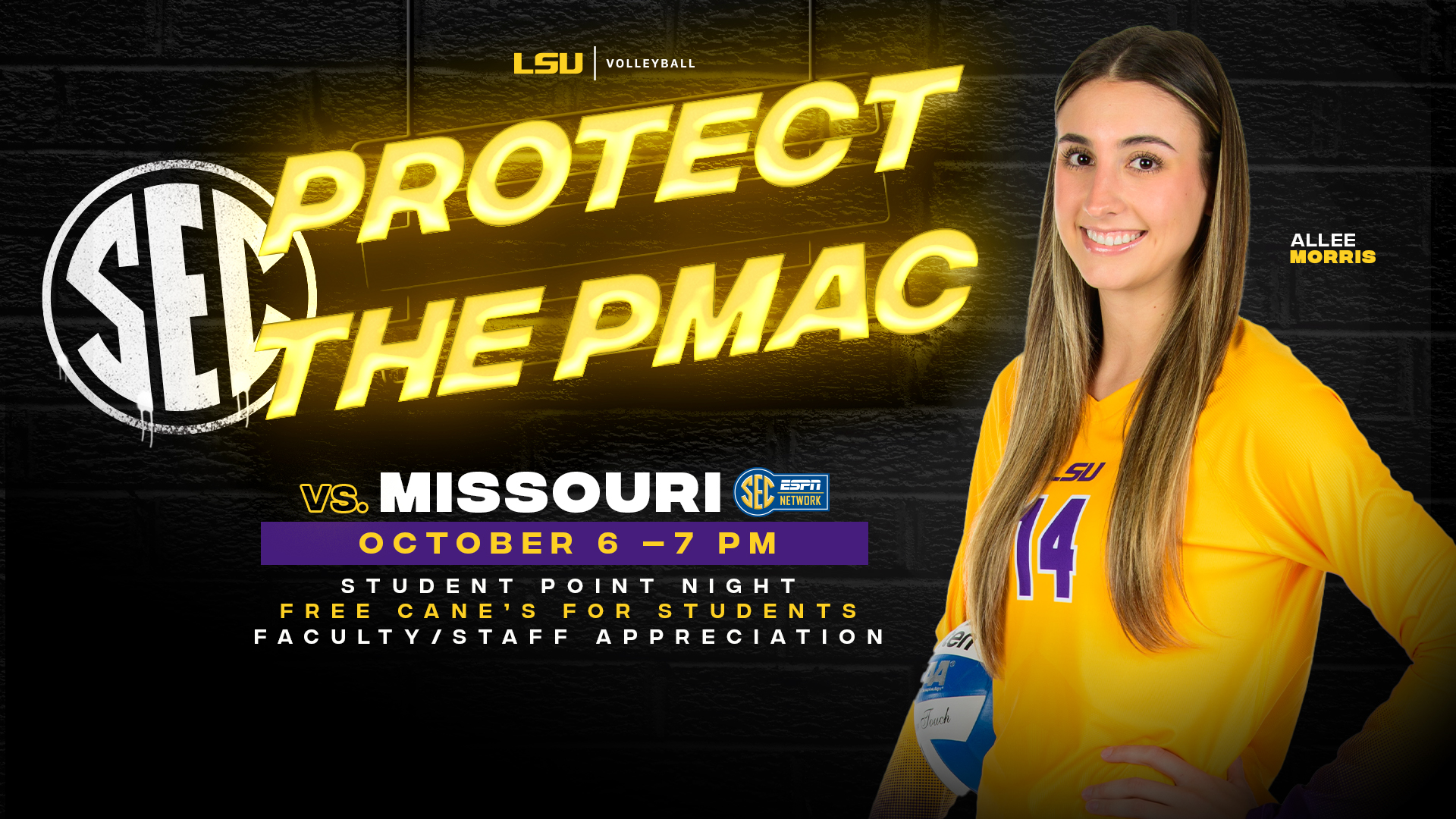 Wednesday’s match will be shown on the SEC Network. It will also be Student Point Night where free Canes will be available for LSU students.

All fans in attendance are required to wear a mask to maximize protection and prevent possible spreading of COVID-19.

The Tigers look to snap a two-match losing streak after falling in a three-set and five-set match at Mississippi State. LSU has a top defensive unit that ranks No. 10 in the country with 2.83 blocks per set. Offensively, the Tigers average 12.73 kills per set behind a .225 hitting percentage.

“We are excited to be home and have a nice run on our court for the first time this season,” said head coach Fran Flory. “We had a great atmosphere and true home-court advantage in our last home match, so we are excited to get in front of our fans.”

Outside hitter Kylie Deberg leads the Tigers and is ranked No. 3 in the SEC with 4.10 kills per set and 4.65 points per set. Deberg is currently on a 12-match streak with 10 or more kills.

Libero Raigen Cianciulli averages 4.63 digs per set (No. 3 in the SEC). Cianciulli is already the program’s all-time leader and logged 2,000 career digs at Mississippi State this past weekend.

LSU trails in the all-time series against Mizzou 4-13 and look to snap a 10-match losing streak in head-to-head matches.

“Missouri is always well coached, well trained and are a disciplined bunch of volleyball players,” said Flory. “They are a team that will get better and better as they play together throughout the season.”

Missouri is seeking their first SEC win this season after being swept at home in the two-match series against South Carolina. Mizzou sists last in the conference with 11.39 kills per set with a .183 hitting percentage and its opponents hit a league-best .263 hitting percentage.

Outside hitter Anna Dixon leads the Tigers and rank No. 10 in the SEC with 3.63 kills per set thanks to the two-setter combination of Nicole Alford and Addison Lyon who average 7.21 and 6.93 assists per set. Both marks rank inside the top 10 of the SEC. Defensive specialist Emily Brown also ranks No. 8 in the league with 3.65 digs per set.

“Wednesday will be a great matchup for us,” Flory said. “We played better as the weekend went on, but we have to continue to improve and find our rhythm.”