Three former LSU players will participate in the 2021 Major League Baseball Playoffs that begin on Tuesday. 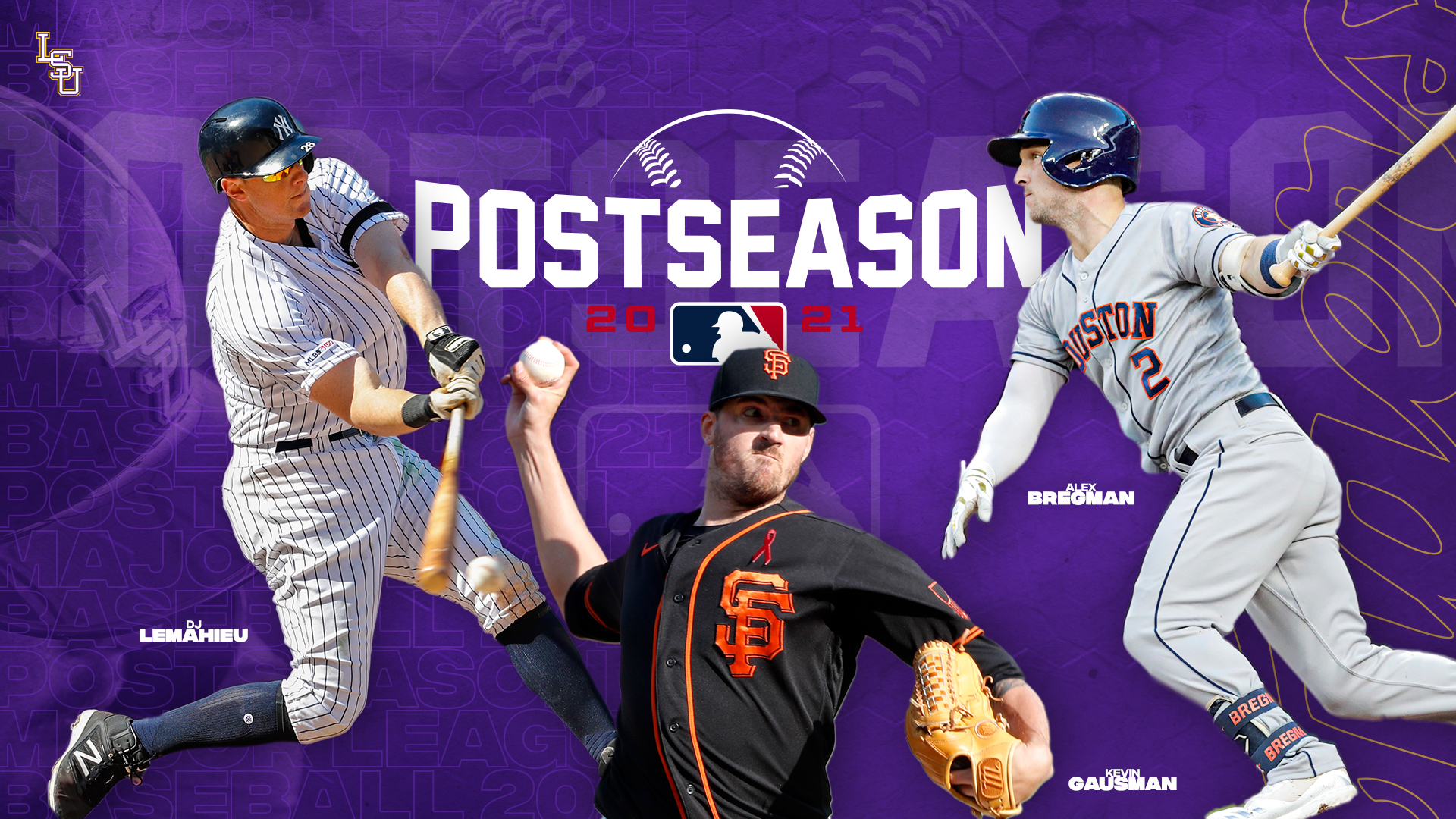 The former Tigers who are on active MLB playoff rosters include second baseman DJ LeMahieu of the New York Yankees, third baseman Alex Bregman of the Houston Astros and pitcher Kevin Gausman of the San Francisco Giants.

A total of 40 former LSU Tigers have played for MLB playoff teams since 1990; 13 of the players have been members of World Series Championship teams in that time frame.

The 2021 American League Wild Card Game will match LeMahieu and the Yankees against the Red Sox on Tuesday night in Boston. The teams will meet in a single-elimination contest, with the winner advancing to play the Tampa Bay Rays in the Divisional Round.

Bregman and the Astros open their AL Divisional Round matchup with the Chicago White Sox on Thursday in Houston, while Gausman and the Giants begin the National League Divisional Round on Friday against the winner of Wednesday’s NL Wild Card Game between the Los Angeles Dodgers and St. Louis Cardinals.

LeMahieu, who is in his 11th Major League season and third with the Yankees, batted .268 in the 2021 regular season with 24 doubles, one triple, 10 homers and 84 runs scored. A three-time All-Star and Gold Glove recipient, and a two-time winner of the Silver Slugger Award, LeMahieu won the MLB and American League batting titles in 2020.

He became the first player in modern Major League history to win a batting title in each league, as he also captured the 2016 MLB and National League batting titles while playing for the Colorado Rockies.

Gausman, a 2021 National League All-Star, has recorded a 14-6 mark this season for the Giants with a 2.81 ERA and 227 strikeouts in 192 innings. Gausman is in his ninth MLB season – his second with the Giants – and he has previous postseason experience with the Baltimore Orioles in 2014 and the Atlanta Braves in 2018.

Admission and parking are free are free for the scrimmages, and fans will be admitted through Gate 1 on the right field side of the stadium beginning approximately 15 minutes prior to the first pitch each day.
Skip To Main Content