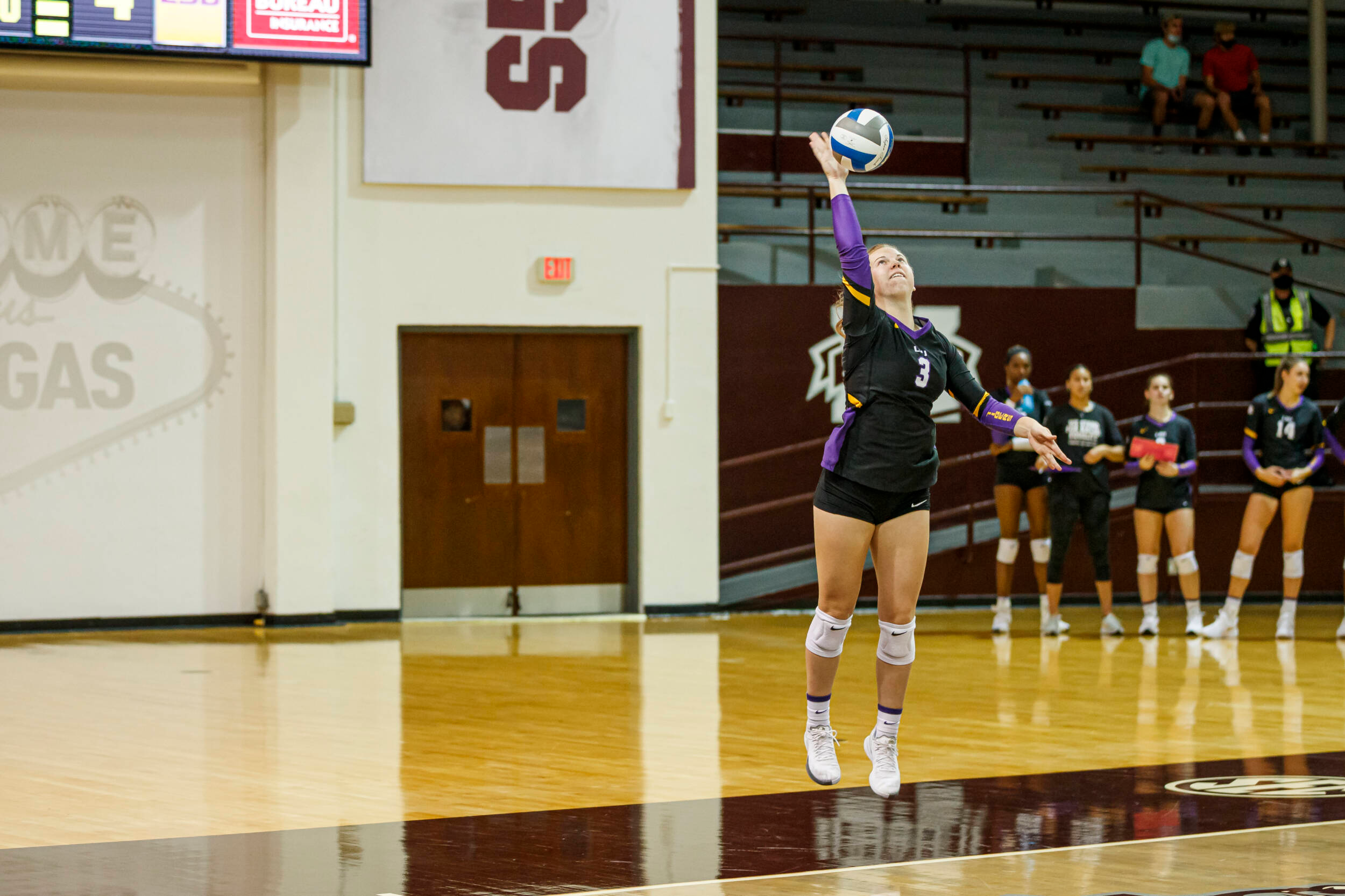 “We did not execute our game plan very well tonight,” said head coach Fran Flory. “We have to maintain our focus and execute better, especially in an environment like this against a good team in Mississippi State.”

Outside hitter Kylie Deberg led the way for the Tigers with ten kills and was one dig shy of a double-double.

Right side Taylor Bannister followed with eight kills, and middle blocker Whitney Forman was next with six kills and a match-high eight blocks, including one solo block.

Setter Ella Larkin notched a double-double with 20 assists and 10 digs, while libero Raigen Cianciulli led all players with 21 digs, marking the fourth consecutive match with 20 or more digs.

Mississippi State was led by middle block Gabby Waden, who had 15 kills and a hitting percentage of .433. Outside hitter Lauren Myrick posted a double-double with 11 kills and 13 digs.

“Mississippi State’s toughness was tougher than our toughness tonight,” said Flory. “We have another shot tomorrow and we are excited about that and hopefully be a lot better.”