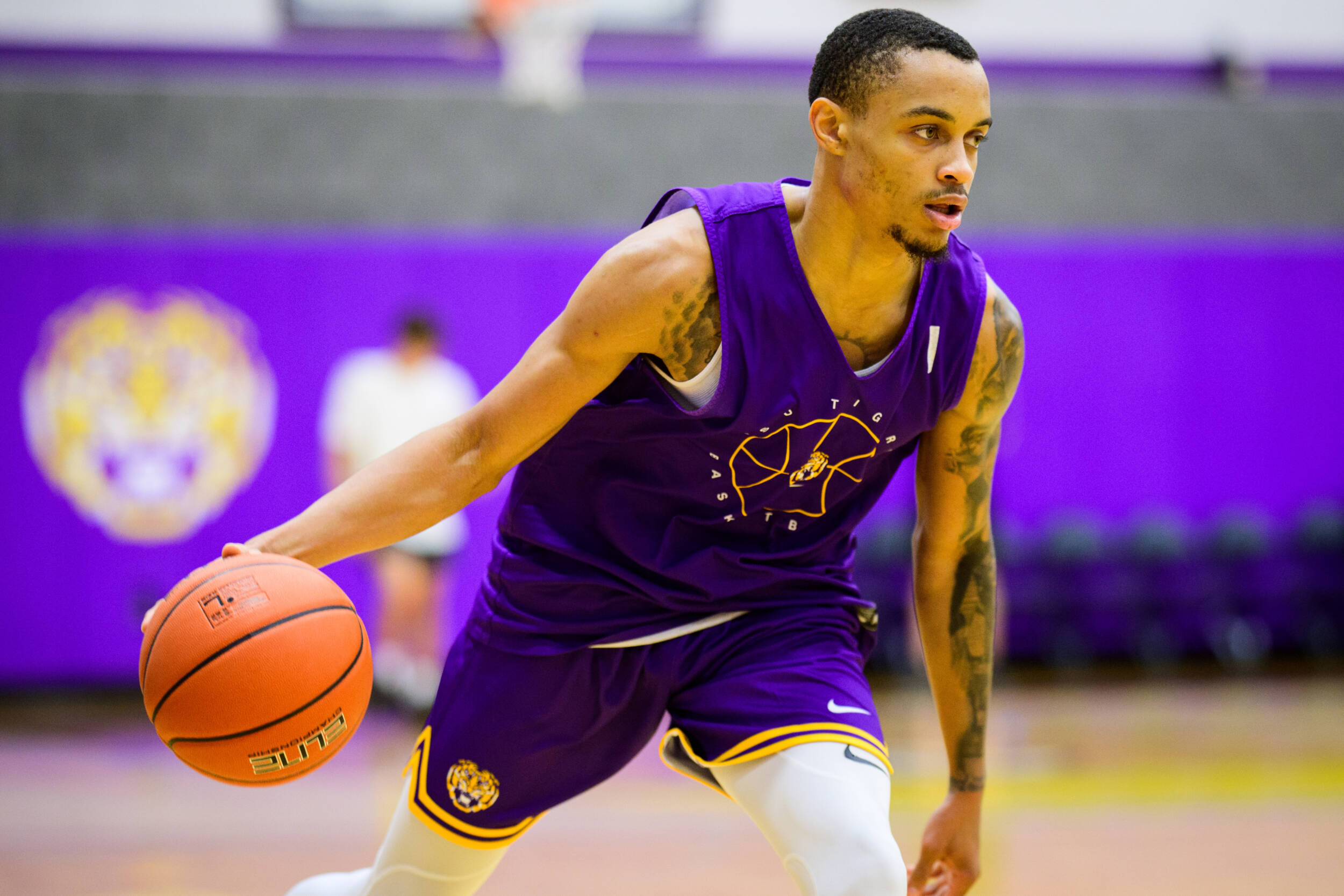 BATON ROUGE – LSU Coach Will Wade put the LSU men’s basketball team through their first official team practice of the 2021-22 preseason on Friday at the LSU practice facility.

The Tigers works on several aspects during the session, which last a bit over two hours, including full-court transition, defensive rebounding and concluded the session with what has become a standard point of emphasis during Coach Wade’s first four years at LSU – the six-minute game.

“It was a solid first day,” said Coach Wade. “I thought (Alex) Fudge did a great job on the defensive glass which is what we want. He led us in defensive rebounding. (Darius) Days and (Tari) Eason were good as well. (Xavier) Pinson did a nice job for the guards. But we still need more help on the defensive boards. We were a little sloppy with the ball but that’s to be expected. I think we need to clean up a lot of things offensively. We were just way too sloppy. It’s a good starting point. We’ve got a lot to work on moving forward.”

The team will open the 2021-22 season on Nov. 9 at the Maravich Center against ULM, the first of five home games in the first two weeks of the season. Season tickets are available at the LSU Athletics Ticket Office and online at LSUTix.net. Season tickets for the 17-game home schedule starts at $100.