Trolio Opens With 1-Under 71 At Sanderson Farms Championship 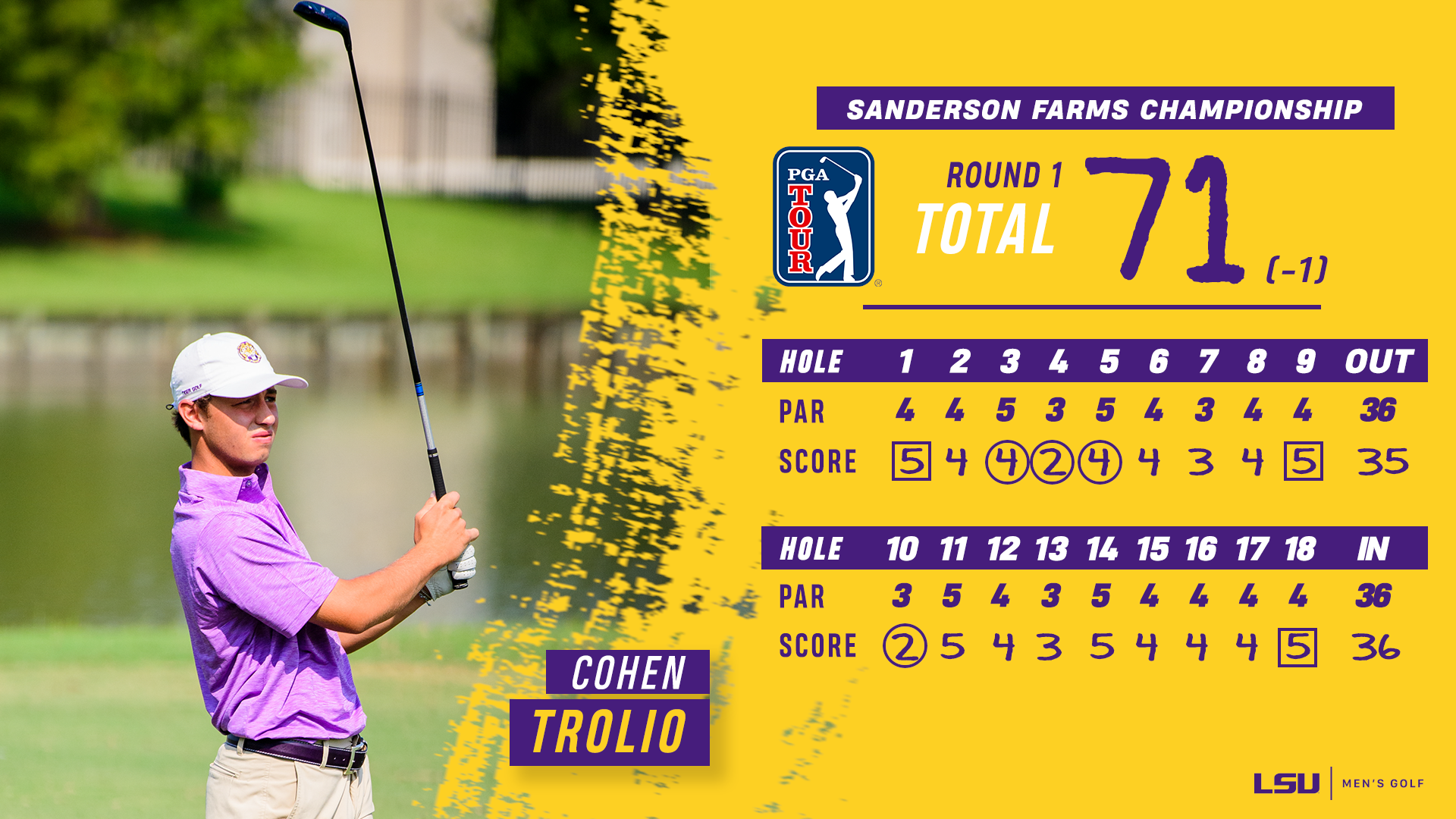 Jackson, Miss. – Freshman LSU men’s golfer Cohen Trolio shot a 1-under 71 in his PGA Tour debut on Thursday at the Sanderson Farms Championship. The West Point, Miss., native worked his way around the Country Club of Jackson during the afternoon session on day one of play.

It was far from an ideal start with a bogey at one for the 19-year-old, but he quickly rebounded and carded three straight birdies on holes three, four, and five to get to 2-under for the round through five holes. His birdie on three came via a 26 foot putt, his tee shot on No. 4 from 181 yards out trickled to six feet to lead to birdie, and then his approach on the par 5 sixth from 111 yards out was placed to three feet to finish off his run of three straight birdies. He made a bogey on the par 4 ninth to turn at 1-under 35.

His back nine featured a birdie on the par three 10th to start things off. His tee shot came up about five yards short of the green and then he proceeded to chip in for his fourth birdie of the round to get back to 2-under for the round. He then carded seven straight pars before a closing bogey knocked him back to a 1-under 71 for the day.

For the most up to date information, visit pgatour.com.