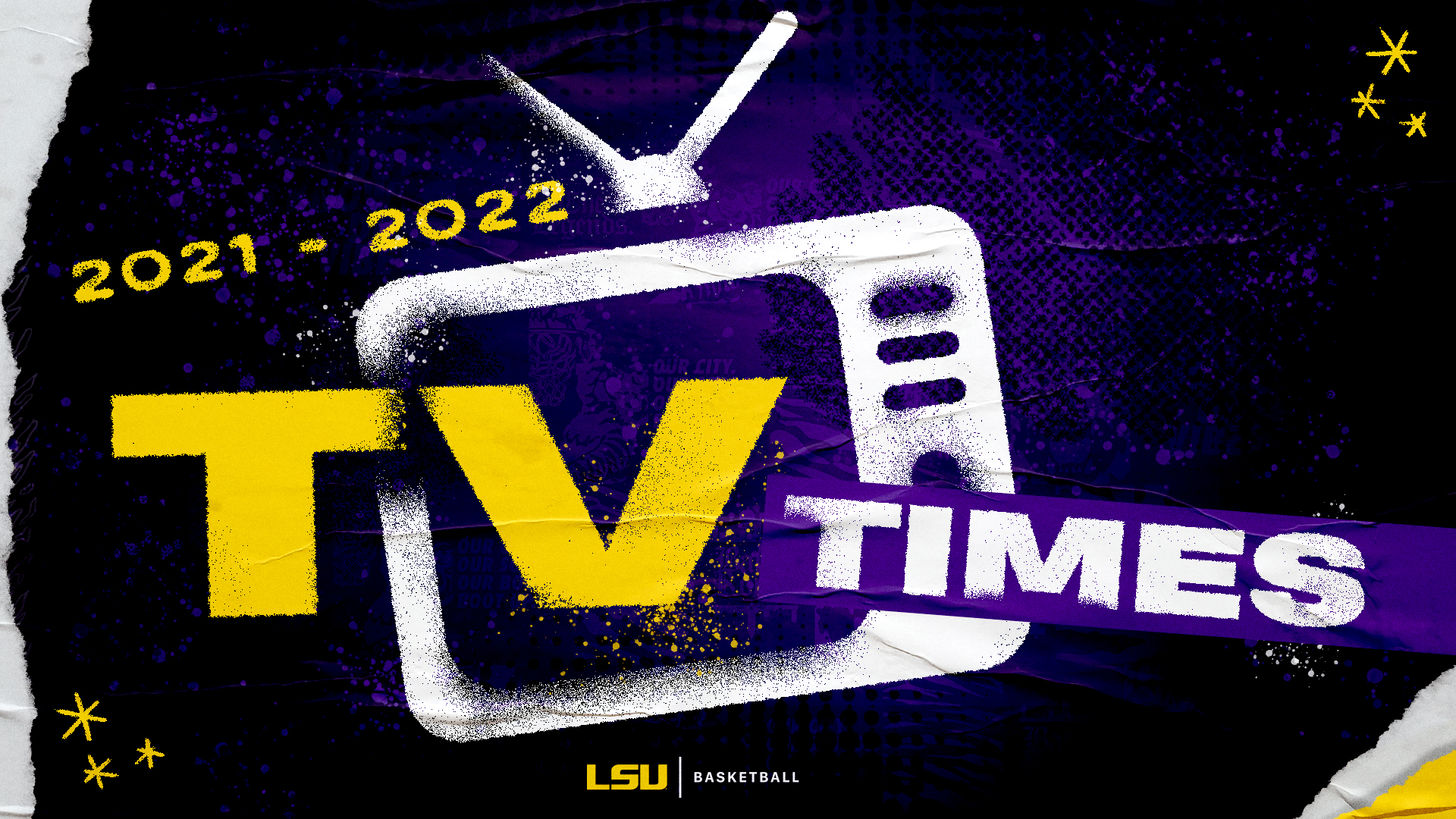 BATON ROUGE – The Southeastern Conference and its television partners announced tip times and television networks for its league broadcasts and several non-conference games on Thursday.

The Tigers will open Southeastern Conference play on Wednesday, Dec. 29 at Auburn in a 6 p.m. game on ESPNU. LSU will open its home SEC schedule in back-to-back games against Kentucky on Jan. 4 at 6 p.m. on ESPN and then a Jan. 8 contest against Tennessee on either ESPN2 or ESPNU at 5 p.m.

Seven conference games will air on the SEC Network while LSU will appear on one of the ESPN networks in league play 10 times. The league finale against Alabama in the Maravich Center will air at 11 a.m. on CBS.

Three non-conference games at home have been picked up for over-the-air television with the Dec. 14 against with Northwestern State and the Dec. 22 contest with Lipscomb on the SEC Network. The first over-the-air contest will be Nov. 15 on ESPNU at 6 p.m. against Liberty.

Tickets for the 2021-22 men’s basketball season are available through the LSU Athletics Ticket Office on online at LSUtix.net. Season tickets start at $100 for the 17-game schedule.

Here is the complete schedule to date (Times, subject to change, are listed as CT. Home games in All CAPS. SECN+ refers to streaming broadcast. *designates SEC game):