No. 24 Soccer Hits The Road to Take On Alabama 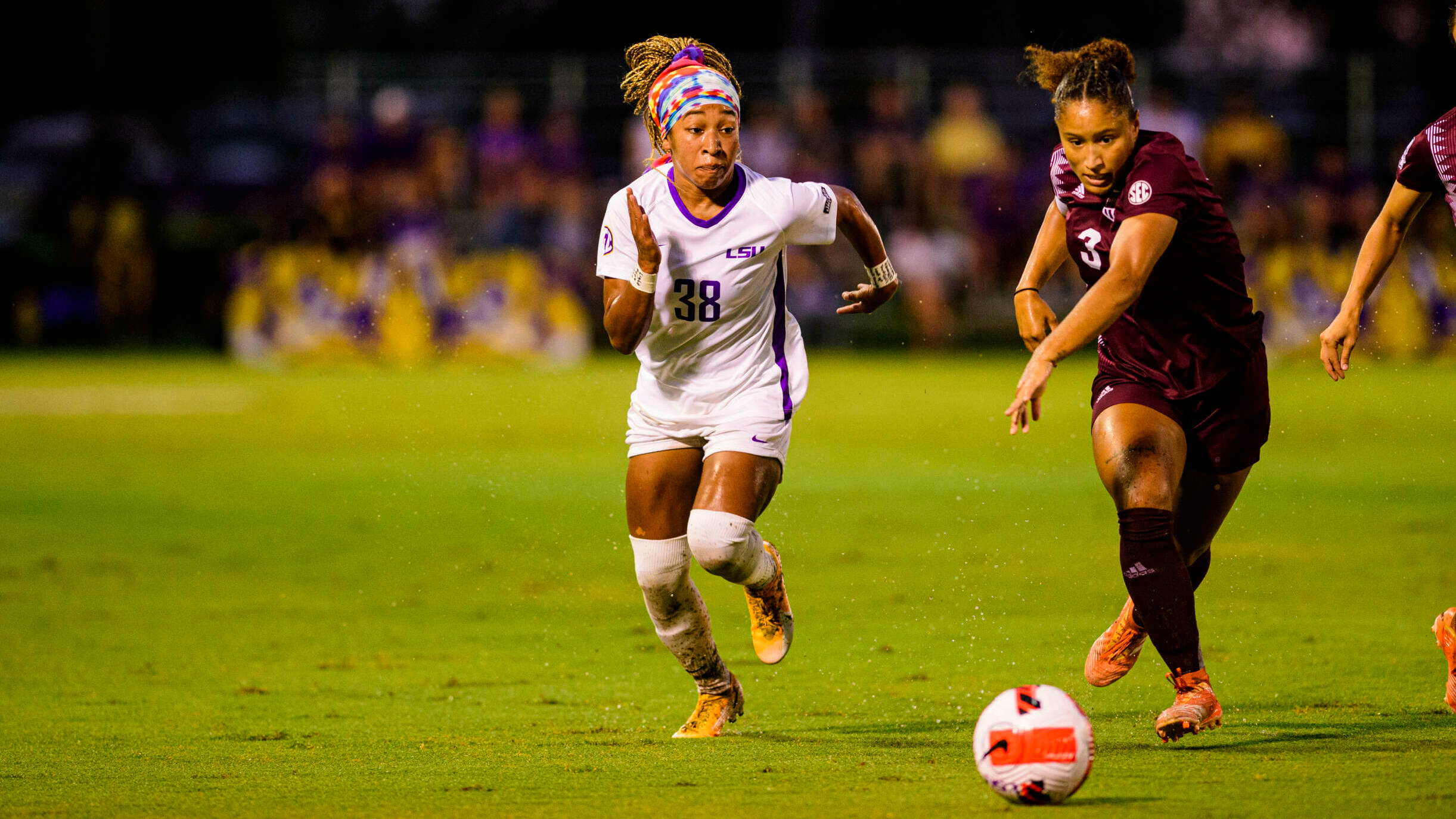 Series History
Alabama holds the advantage in the series history with 12 wins to LSU’s nine; there have also been six draws. LSU head coach Sian Hudson picked up the first win of her LSU career against the Crimson Tide at the 2020 SEC Tournament when LSU knocked Alabama off, 2-0. The two teams also played during the 2020 regular season and battled to a 3-3 draw.

In the 2-0 win last year at the SEC Tournament, Taylor Dobles notched the first brace of her collegiate career to give LSU the dub. The regular season match that ended in a draw saw Tinaya Alexander collect a brace, and Molly Thompson scored the equalizer late in that match.

The Tigers have had the upper hand over the last 16 matches dating back to 2006 collecting a record of 8-3-5 against the Crimson Tide. Eight of the past 12 matches have gone to overtime. LSU has scored two or more goals against Alabama in three of the previous four matches.

Last Time Out
The Tigers dropped a tough contest to Georgia on Sunday by a score of 2-1 as the Bulldogs scored the gamewinner with 45 seconds remaining in the first overtime stanza. In what was a well-balanced game that saw both sides have plenty of opportunities, the Tigers outshot Georgia by a tally of 23 to 17. LSU had 12 shots on goal to Georgia’s eight. A promising look for the Tigers is that they had plenty of opportunities, but they just need to be a bit more clinical and finish the goals off.

NCAA RPI Release
Although the Tigers faltered twice last week, they still check in at the No. 12 spot in the NCAA Ratings Percentage Index. The No. 12 RPI ranking is a credit to LSU’s tough schedule that they have played this year.

Running Rammie
Junior wingback Rammie Noel is having a career year for herself this fall. She’s notched career highs in goals (2), assists (3), and points (7) 10 games into the season. Those totals are higher than all of her production during her first two years on campus.

She slotted in her second goal of the season in LSU’s 2-1 loss on Sunday to Georgia to equalize things in the 29th minute. Her other goal came against Arizona State, and she has assists against ULL and South Florida. In the South Florida win, she picked up two assists in a single match for the first time of her collegiate career.

SEC Play
LSU holds an all-time record of 89-140-34 against SEC opponents during conference play. The Tigers are looking for their first winning record in conference play since they went 5-4-1 in 2018. The Tigers went 0-6-2 last season in conference play before reeling off wins against Alabama and No. 14 Ole Miss at the SEC Tournament, and a neutral site win over Florida in the spring of 2021.

Under Coach Hudson
LSU has a record of 16-10-3 under head coach Sian Hudson through 29 games for a win percentage of .603. The Tigers are 14-1-1 all-time under Hudson when they score first. In games where LSU scores two or more goals, which has happened 14 times in the 29 matches, the Tigers are 13-0-1.

Scouting Alabama
Ashlynn Serepca (5g & 2a) and Kate Henderson (3g & 2a) are Alabaman’s most lethal offensive threats. In goal, McKinley Crone has started eight of their 10 matches and has a GAA of 1.43.