Linebacker Micah Baskerville has always focused on how he can be his best: not for himself, but for the guys lined up next to him. 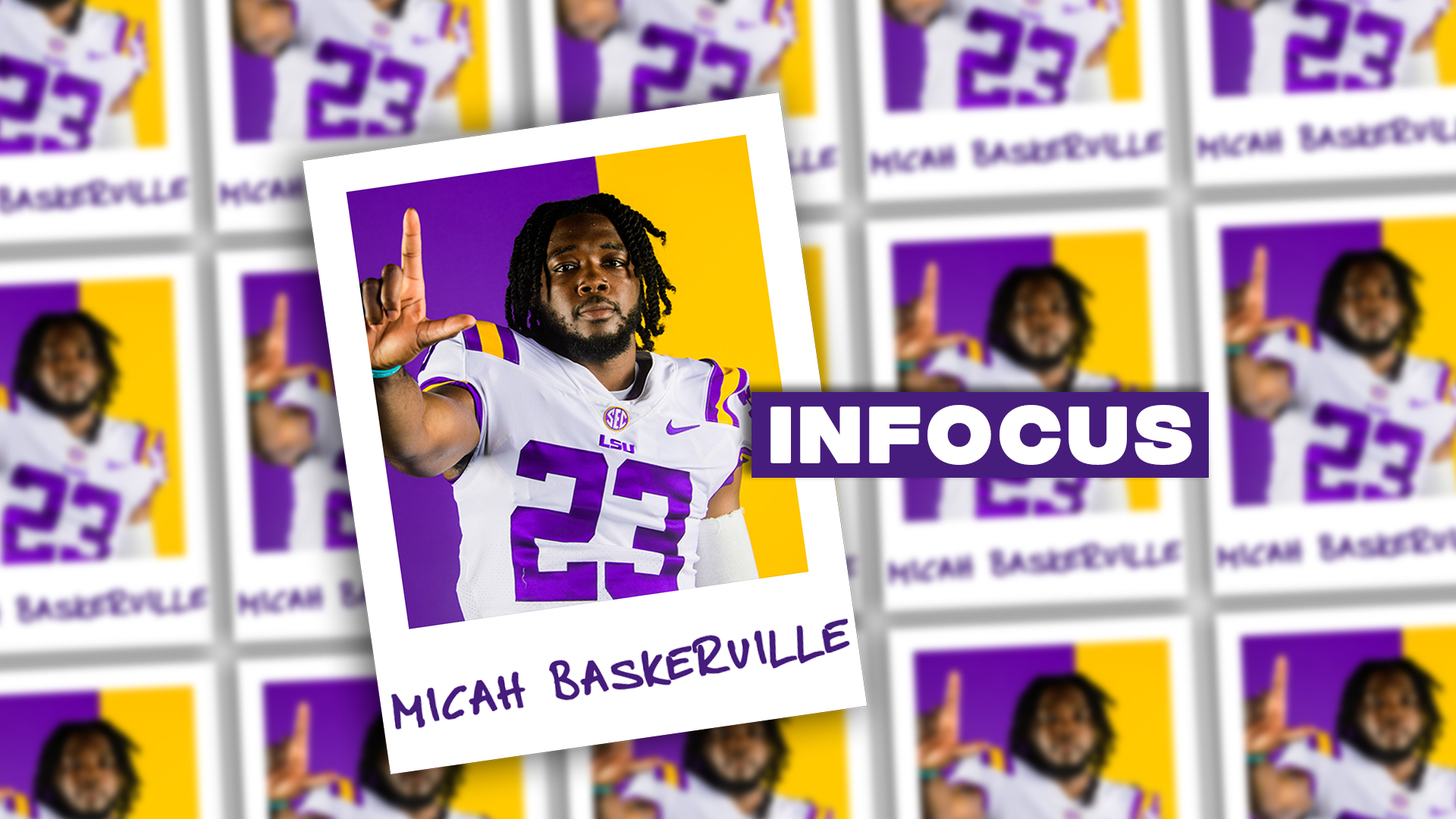 Linebacker Micah Baskerville has always focused on how he can be his best: not for himself, but for the guys lined up next to him.

The Shreveport, La., native always dreamed of playing for his home state at its flagship university. With his high school coach at Evangel, Byron Dawson, having played defensive line for the Tigers from 1999-2002, Baskerville saw an opportunity to follow in the footsteps of the man who taught him to always put God first, focus on executing his game and block out the noise.

“It felt like home. The coaches, the atmosphere. They feel a lot of love,” Baskerville said of his decision to attend LSU.

Baskerville was an early enrollee, and began his LSU career in January of 2018. Entering the university in the spring gives rookies the opportunity to adjust to the college game prior to fall camp.

“It was a bit fast-paced, but I liked it a lot. I got a head start on the ball and on learning plays. The older guys helped me a lot,” Baskerville said.

During the 2019 national championship season, Baskerville was able to learn from several of the aforementioned players, while relishing in the feeling that every athlete never wants to live without: the pure bliss of perfect victory.

“I always want the feeling of winning. The main goal and focus is to win. We have to have the work ethic to win. They really showed me how to have fun and work hard at the same time, which made it such a wonderful year,” Baskerville said of the historic season.

The 6-2, 223-pound linebacker has made an impact for the Tigers in the three years leading up to his 2021 senior campaign. In those three seasons, Baskerville played in 28 games with eight starts, recording 88 tackles and 9.0 tackles for loss, along with a sack. So far in 2021, he has recorded 25 tackles in the first four games.

However, Baskerville is not only an instrumental piece of the Tiger defense. He also plays on special teams.

“I am able to give myself more value to the team,” Baskerville said about what it means to him to serve multiple roles. “It allows me to do my job and be a great teammate.”

Being a great teammate is Baskerville’s main priority. He believes his instincts, infectious energy and the fire he brings to practice are what set him apart and make him an invaluable leader on the field.

The bonds Baskerville has made with his teammates are irreplaceable, and the trust they have in one another carries them through the peaks and valleys of football, and of life.

“We all trust each other to do our jobs,” Baskerville said. “We have faith in one another. We always have fun on the field, and off the field.”

It is a given that Baskerville’s goal is to lead his team to an SEC and National Championship, while cementing LSU’s defense as the best in the country. Even his personal goals are team-oriented; all he wants is to do his part as best as he can to help the team win.

The grind of football at this level teaches players how to become elite, but also how to become better men. The game becomes a parallel to life, and leaving a legacy for those who come after you is a feat that no man backs down from.

“You’re always going to have ups and downs, but it’s in how you react to them,” Baskerville said. “In real life, when things don’t go your way, are you going to let them keep you down or are you going to keep trying to do better?”