LSU is No. 6 in the 2021 Collegiate Baseball magazine recruiting ranking released this week, marking the Tigers’ 14th Top 10 finish in the past 15 years. 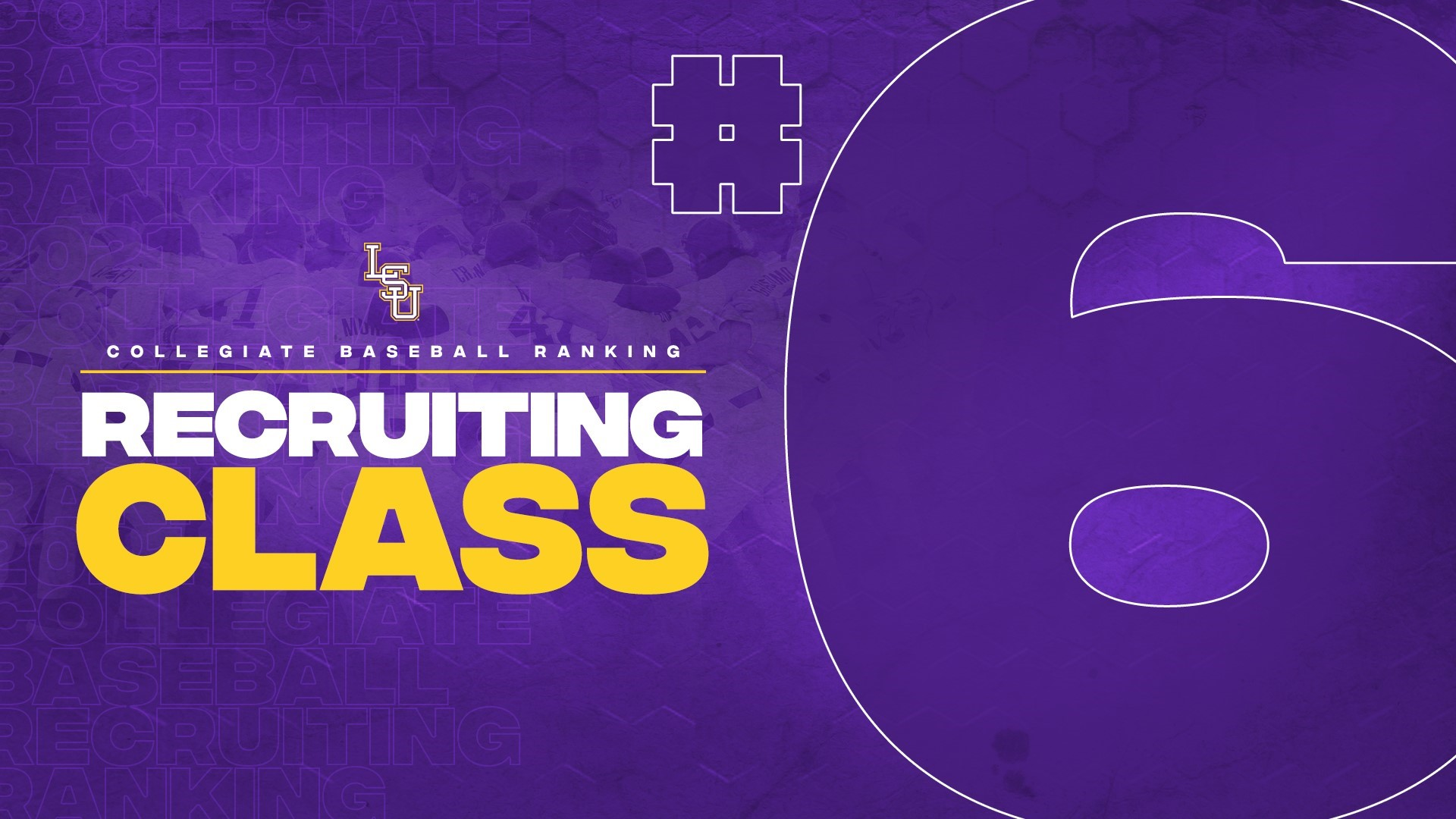 BATON ROUGE, La. – LSU is No. 6 in the 2021 Collegiate Baseball magazine recruiting ranking released this week, marking the Tigers’ 14th Top 10 finish in the past 15 years.

Ten of the SEC’s 14 teams appear in the Top 25 of the Collegiate Baseball recruiting poll, and seven league schools are in the Top 10.

The members of LSU’s 2021 recruiting class are now engaged in conditioning drills and individual workouts with the returning veterans, and the Tigers’ first full-squad fall practice session will take place on Friday, October 8.

Berry transferred from Arizona, where batted .352 in 2021 with team highs of 17 homers and 70 RBI, and Collegiate Baseball named him the National Co-Freshman of the Year.

Reyzelman, a transfer from the University of San Francisco, was named to the Cape Cod League All-Star Team this summer as a member of the Harwich (Mass.) Mariners. Reyzelman recorded a 2.66 ERA and 36 strikeouts in 23.2 innings, and he limited opponents to a .212 cumulative batting average. Reyzelman was selected by the LSU coaching staff as the Tigers’ Summer Pitcher of the Year.

McManus batted .346 last season at Samford University, where he recorded 13 doubles, two triples, 11 homers and 53 RBI. McManus is a product of Slidell, La., who played two seasons at Delgado Community College in New Orleans before transferring to Samford for the 2020 season.

Josh Pearson, a product from West Monroe (La.) High School, is one of many talented true freshmen in LSU’s 2021 recruiting class. He was voted the Most Valuable Player of the Florida Collegiate League this summer, batting .333 in 28 games with 31 hits, 30 runs, 10 doubles, four homers and 23 stolen bases. The LSU coaching staff voted Pearson the Tigers’ Summer Player of the Year.