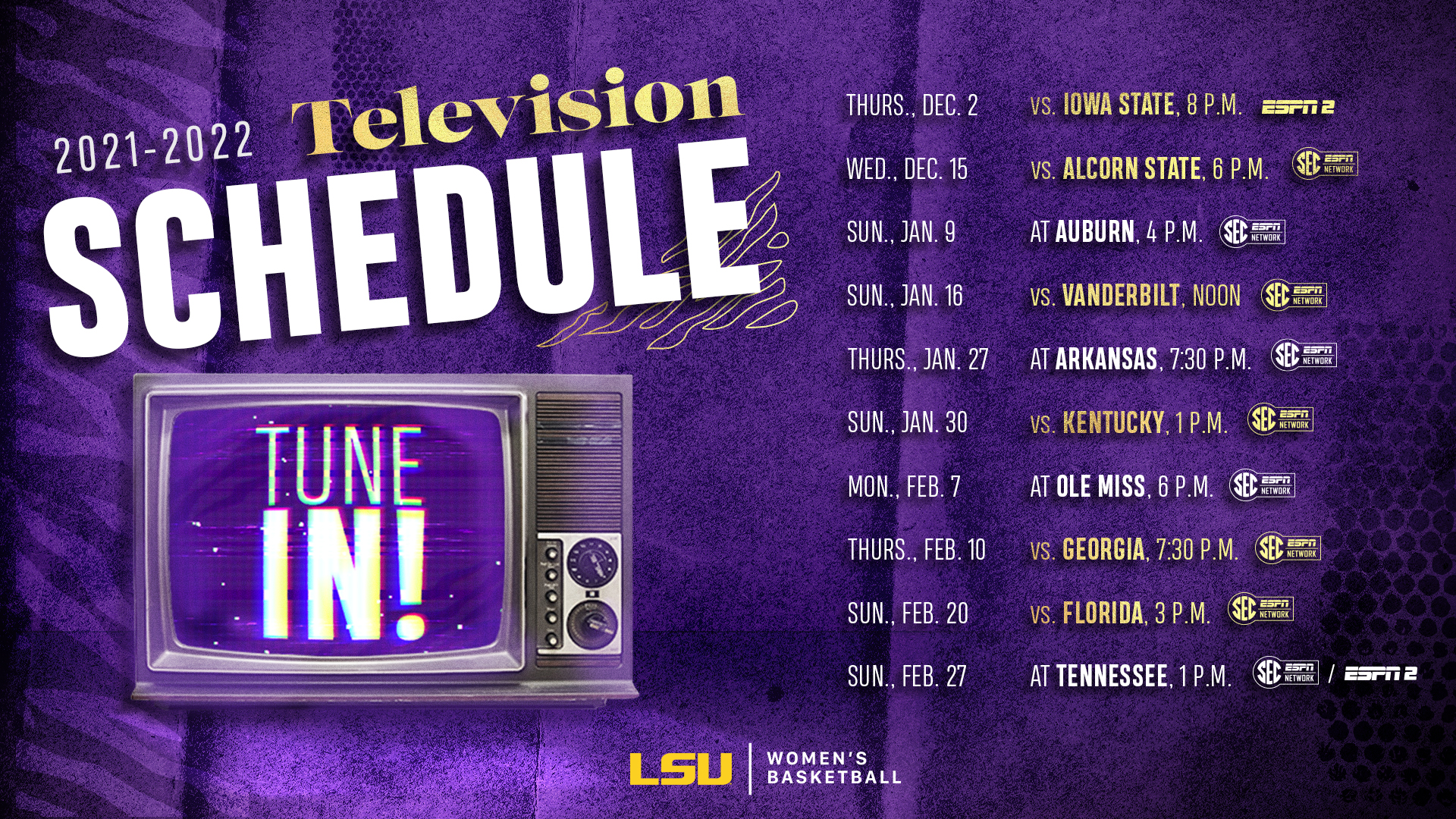 BIRMINGHAM, Ala. – The Southeastern Conferences announced Wednesday that the LSU Women’s Basketball team will be featured on 10 televised games throughout the season. All of LSU’s home games and SEC road games will be streamed on the SEC Network + as well.

Season tickets are still available for the upcoming season which will tip-off when LSU hosts Nicholls at 11 a.m. CT on November 9. Fans are also encouraged to join the Fast Break Club, the official booster club of LSU Women’s Basketball, to help the Tigers succeed on and off the court.

LSU’s first televised game of the season will be on ESPN2 when the Tigers host Iowa State for the SEC/Big 12 Challenge December 2 at 8 p.m. CT. LSU’s only other non-conference game to be televised will be on December 15, hosting Alcorn State at 6 p.m. on the SEC Network.

When LSU travels to Arkansas to face the Razorbacks on January 27 at 7:30 p.m., that will start a run in which the Tigers will have four consecutive games on the SEC Network. LSU will host Kentucky on January 30 at 1 p.m., travel to Ole Miss on February 7 at 6 p.m. for the only televised game that Monday night and conclude the streak of SEC Network games when it hosts Georgia on February 10 at 7:30 p.m.

After a two-game television hiatus the Tigers will host Florida at 3 p.m. on February 20 on the SEC Network.

LSU’s final regular season game at Tennessee on February 27  is a network flex game that will either be televised on ESPN2 or the SEC Network at 1 p.m.