Khayla Pointer has big goals for her basketball career, but her time at LSU isn’t over just yet. 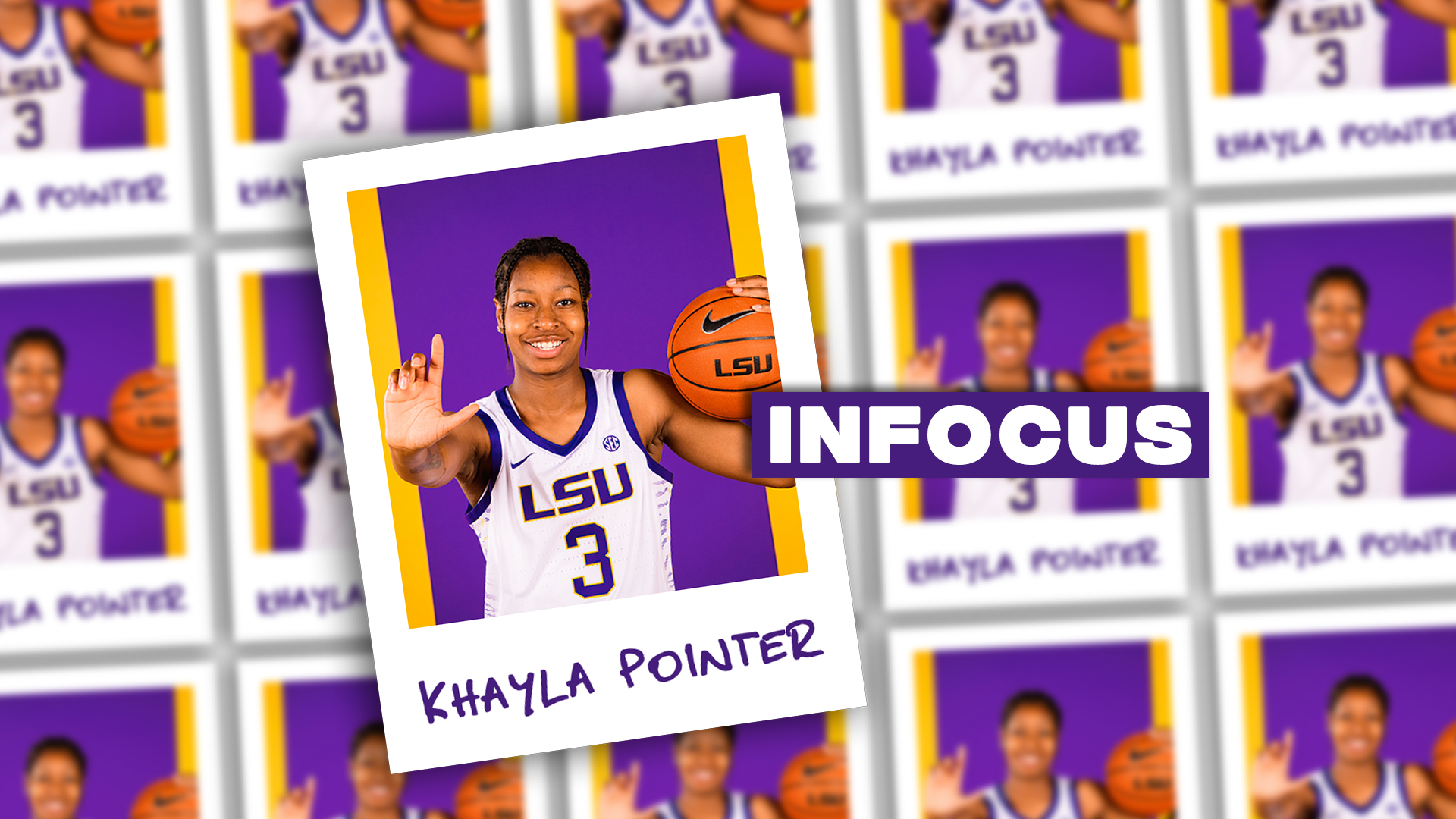 Khayla Pointer has big goals for her basketball career, but her time at LSU isn’t over just yet.

After receiving an extra year of eligibility due to COVID-19, Pointer enters her final season as a point guard on the LSU women’s basketball team. She knew the opportunity to return for this final year and play in front of LSU fans again could not be passed up.

“Last season was weird due to Covid, and I wanted to come back and get better and learn from Hall of Famer Kim Mulkey,” said Pointer. “I’m excited to stay and be with my friends again for a fifth year.”

With Coach Mulkey and her staff bringing a new vision to the program, Pointer and the rest of the team are excited to get to work.

“Her (Coach Mulkey’s) energy, passion and experience of the game brings a different level to us and makes us want to work 10 times harder just playing for her,” said Pointer.

The point guard played in 22 of LSU’s 31 games last season and finished with 372 points, 90 assists, 90 rebounds, 55 steals and 29 three-pointers. She scored her 1,000th career point against Loyola Marymount on December 20.

Every game, Pointer’s main goal is to fill the stat sheet line. Whether it’s scoring or assisting and making her teammates look good, she strives to be the best point guard she can be.

Pointer’s success and hard-working demeanor throughout her career has allowed her to grow into a leader for the Tigers.

“It comes from the standpoint of having to want to be a leader,” Pointer explained. “I want to be a good role model and just make sure I set a good example for not only myself but for my teammates as well.”

The passing of her father, Kirk, during her freshman year molded her into the woman she is today. She has continued to work hard in her dad’s honor, hoping to achieve the goal that they shared together – make it to the WNBA.

“The WNBA has been a goal that I’ve had since I was little and being in the gym with my dad,” she said. “I’ve been working toward that goal my whole life.”

Pointer was always one of the hardest workers in the gym growing up thanks to her father’s background as a coach. Kirk specialized in coaching speed and agility, and the two of them worked together to improve her game.

From her time as a freshman until now, Pointer’s game has grown more confident. The more experience she has earned, the more her game has flourished. She has increased her points per game from 4.4 in her first year to 16.9 last season, while other stats have followed suit.

“You’re just more confident out there and you believe in your skill set a little more,” she said. “It’s important to understand that mindset, and skill sets come with experience.”

With great experience under her belt, Pointer now has the opportunity to play for a Hall of Fame coach who she knows could help develop her into the WNBA player she has dreams of becoming.

“I grew up watching Coach Mulkey as a kid coming out of the locker room with her fits on the sideline and her energy and passion,” Pointer said. “Fast forward to now coming in as a fifth-year senior, it was just like, ‘Wow.’”

With the season fast approaching – the Tigers tip off against Nicholls on November 9 – and the team hard at work, Pointer is excited to suit up in her LSU uniform for one final season.

“We’re super excited to show the fans and the rest of the country what we’ve been working on.”

Pointer is ready to get out on the court and showcase what she can do with still one goal in mind:  to fulfill her and her dad’s dream of making it to the WNBA.