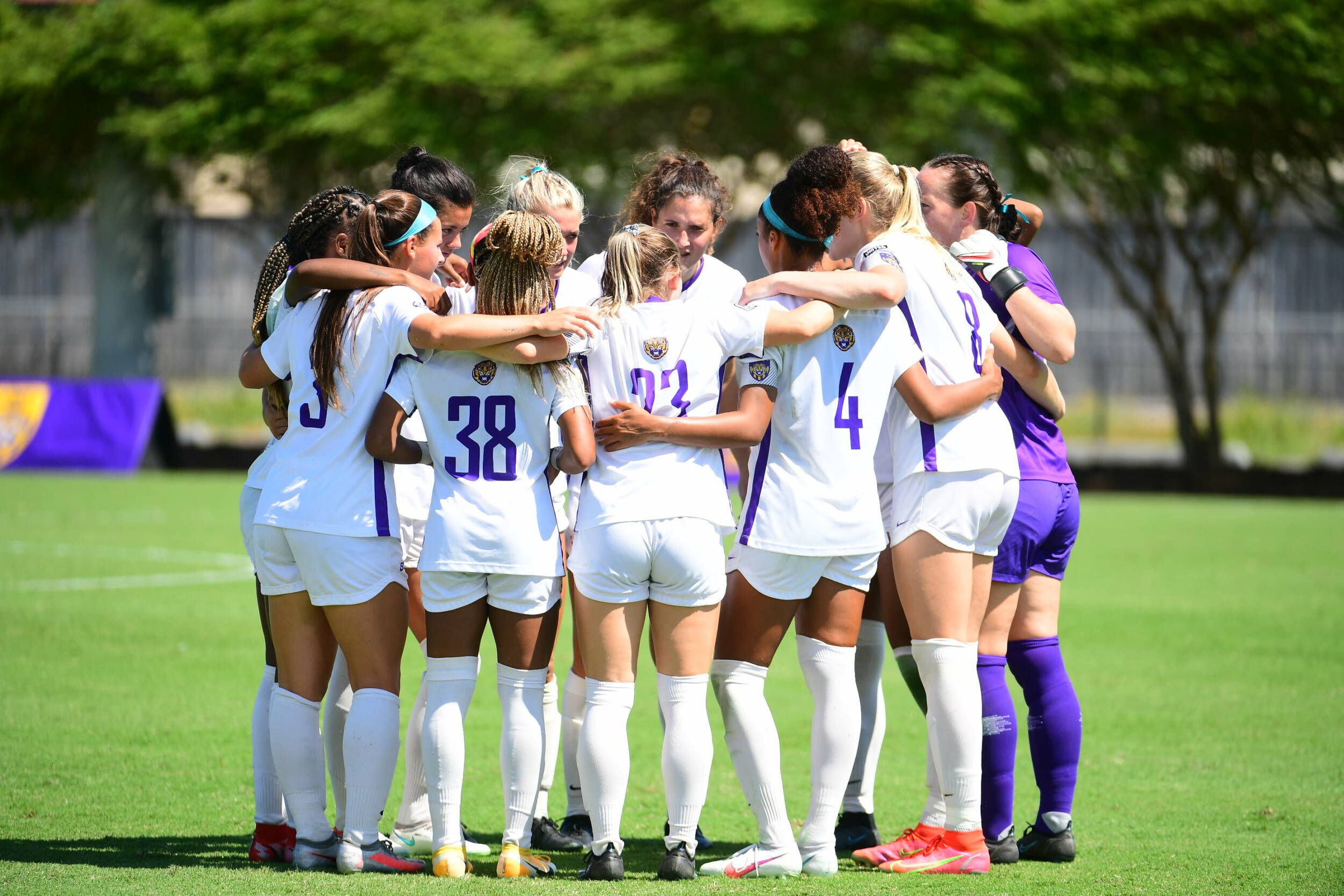 Baton Rouge, La. – The No. 5 LSU Soccer team (8-2-0, 1-2-0 SEC) fell in overtime to the Georgia Bulldogs (8-2-1, 1-1-1 SEC) by a score of 2-1 on Sunday afternoon at the LSU Soccer Stadium. Georgia scored the first goal of the game in the 13th minute as Daniella Murguia converted from the penalty spot. LSU equalized in the 29th minute as midfielder Rammie Noel slotted the ball past the keeper on a rebound. The Bulldogs came out on top in overtime in the 100th minute as Mollie Belisle hit a half-volley into the back of the net from 12 yards out.

“Two really good teams went out there for 100 minutes today,” head coach Sian Hudson said. “Both teams created opportunities and I would say we had a few first-class opportunities that we didn’t capitalize on, and at the end of the day, if you don’t take those chances they could cost you. All credit to Georgia, they came here with a gameplan, and their players played well. I am proud of our players for bouncing back from Thursday’s defeat by showing a lot of grit and heart today.”

The Tigers had the first chance on target on the afternoon in the 4th minute as forward Tinaya Alexander sent a shot on frame to the left, a chance that was denied by Bulldog goalkeeper Emory Wegener.

In the 12th minute, midfielder Wasila Diwura-Soale fouled Abby Boyan in the box and the referee called for a penalty. Murguia stepped up the spot and slotted the ball into the left corner to give Georgia a 1-0 lead.

The Tigers earned a free kick in the 29th minute from the edge of the box. Defender Shannon Cooke stepped up and drove a ground shot far post that was parried by Wegener. Noel timed her run to perfection and was able to pounce on the loose ball and drove the ball into the back of the net to equalize at 1-1 for the Tigers. The goal is the second of the season for Noel, and first assist of the year for Cooke.

29' | Rammie Noel puts home the rebound off @shann_cooke's free kick! Second goal of the year for Noel and Cooke's first assist of the season.

LSU had two more big chances before the break. Alexander carried the ball from midfield on a counter-attack in the 31st minute and drove into the box but was unable to put her shot from 12 yards out on frame. The final chance of the half came in the 43rd minute as forward Taylor Dobles sent a shot on goal from eight yards out that was denied by Wegener with a strong hand.

The Tigers opened the second half with a bang in the 49th minute as Alexander launched a powerful effort from 30 yards out that was parried into the crossbar by Wegener before being collected.

49' | Tinaya Alexander gives it a go from distance and forces a save by the Georgia keeper.

Goalkeeper Mollee Swift made her first save of the match in the 55th minute as she stopped a strong low shot from Madison Haugen before Haugen found herself on the clearance and sent another shot on frame, this time denied by defender Tiana Caffey for the team save. Swift was called into action again only a minute later as she parried a half-volley shot from Belisle into the crossbar before collecting the ball to deny a second chance.

56' | Not on Swifty's watch!! @MolleeSwift turns away the Georgia attempt from eight yards out.

Defender Grace Haggerty nearly gave the Tigers the lead in the 68th minute as her powerful effort from 30 yards out was denied by the right goalpost. LSU’s final big chance of the half came in the 82nd minute as Cooke took a free-kick from 25 yards out that was denied by a fully stretched Wegener before midfielder Chiara Ritchie-Williams shot on the follow-up that was again denied by Wegener.

68' | Grace Haggerty is nearly brilliant. Her attempt goes off the post.

The game was tied at 1-1 after 90 minutes and for the first time on the season, the Tigers headed to overtime. After only 16 seconds, Alexander sent a shot from 14 yards out that narrowly went wide of goal.

The Bulldogs scored the golden goal in the 100th minute. Kayla Bruster intercepted a ball at midfield and played an inch-perfect through ball to Belisle, who took a touch and hit a half-volley effort on her right foot across goal and into the bottom left corner.

LSU outshot Georgia by a margin of 23-17, with the Tigers registering 12 on target compared to the Bulldogs’ 8. Wegener finished the afternoon with 10 saves, a new career-high for the Georgia goalkeeper. In the possession battle, LSU held control with a percentage of 64% compared to Georgia’s 36%.

LSU will travel to Tuscaloosa, Alabama to take on the Alabama Crimson Tide at 7 p.m. CT on Friday, October 1.