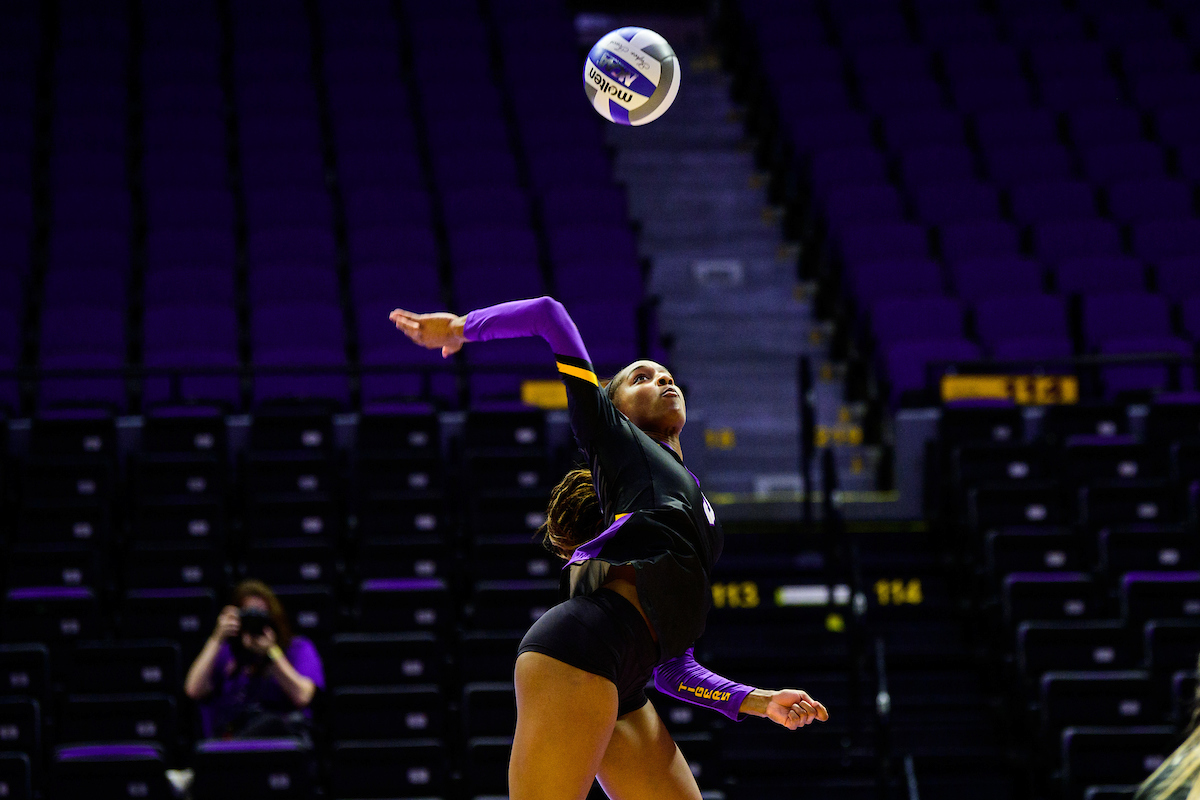 BATON ROUGE — Outside hitter Sanaa Dotson registered a season-high 21 kills and a .581 hitting percentage to lead the LSU Volleyball (5-6, 1-1) team in a five-set win over Alabama (8-6, 0-2) Saturday night in the Pete Maravich Assembly Center in front of 1,013 fans.

The Tigers won the first set, 25-16, before dropping the next two, 25-22, 25-16. LSU forced the fifth set after an impressive fourth frame (25-14) that featured a .739 hitting percentage and earned the fifth set victory 15-12. The Tigers have won three consecutive SEC home openers.

The Tigers had 69 kills to Alabama’s 52 and held a superior hitting percentage of .362 to .221 in the match overall. They also posted nine blocks while the Tide had five.

Behind Dotson’s stellar performance, outside hitter Kylie Deberg recorded her third double-double this season with 14 kills and 13 digs, and libero Raigen Cianciulli tallied another 20-dig game with 21 to lead all players. Right side Taylor Bannister also added 11 kills.

The Tigers will be back in action on Friday, Oct. 1, at 6 p.m. in Starkville, Miss. as they take on Mississippi State. The game will be broadcast on SEC Network+.