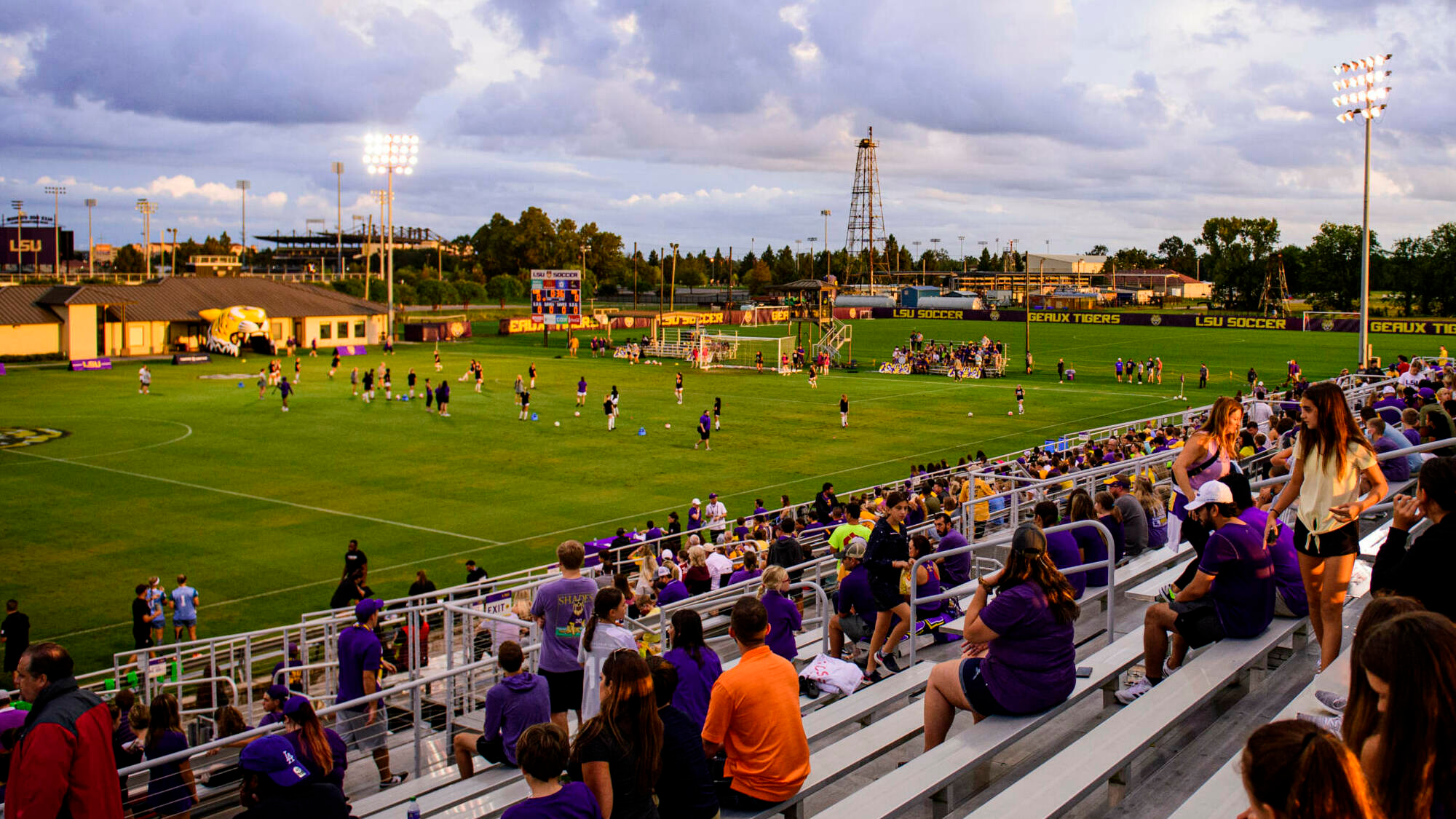 Baton Rouge, La. – The No. 5 LSU soccer team will welcome the Georgia Bulldogs to Baton Rouge on Sunday. LSU enters with a record of 8-1-0 (1-1-0 SEC) and Georgia is 7-2-1 (0-1-1 SEC). This will be LSU’s second nationally televised game of the season as it will air on ESPNU beginning at 11 a.m. CT Sunday morning. Admission to the match will be free.

Series History
Georgia holds the all-time series lead with 10 wins compared to LSU’s seven. There have also been three draws. The two teams last met in 2019 and Maddie Moreau, then a freshman, scored  her first career collegiate goal in the 86th minute to equalize things and earn LSU a 1-1 draw on the road.

Fan Information
A free clinic for kids aged 12 and under will take place after Sunday’s match against Georgia on the field. If you plan of having a child attend the postgame clinic, please sign up at campscui.active.com. The first 200 fans in attendance will also receive LSU soccer branded Rise And Roar t-shirts. Gates open at 10 a.m. on Sunday morning. LSU will also wear teal warmup shirts during pregame to raise awareness for ovarian cancer.

Back At Home
LSU has played six of its nine matches away from Baton Rouge this fall. Sunday’s match will be the Tigers’ fourth home game of the season. In the previous three, LSU has won them all and outscored its opponents by a tally of 12-1.

Last Time Out
LSU was handed its first loss of the season on Thursday night by Ole Miss. The Tigers were beat 2-0 and held scoreless for the first time all season. LSU will look to bounce back on Sunday. Under Sian Hudson, LSU has a record of 3-4-1 following a loss. So look for the Tigers to come out with a attacking prowess with plans to getting back on the winning track.

NCAA RPI Release
The first NCAA Ratings Percentage Index release came out on Monday this week and LSU stands at the No. 3 spot behind Duke and Florida State. The RPI is a number that ranks teams based off their wins and losses as well as their strength of schedule.

SEC Play
LSU holds an all-time record of 89-139-34 against SEC opponents during conference play. The Tigers are looking for their first winning record in conference play since they went 5-4-1 in 2018. The Tigers went 0-6-2 last season in conference play before reeling off wins against Alabama and No. 14 Ole Miss at the SEC Tournament, and a neutral site win over Florida in the spring of 2021.

Under Coach Hudson
LSU has a record of 16-9-3 under head coach Sian Hudson through 28 games for a win percentage of .625. The Tigers are 14-1-1 all-time under Hudson when they score first, and listen to this next stat. In games where LSU scores two or more goals, which has happened 14 times in the 28 matches, the Tigers are 13-0-1.

Scouting Georgia
It all starts up front for Georgia with the NCAA leader in goals scored, Mollie Belisle. Belisle has scored 11 goals this season to go along with one assist. The Tigers will have to keep their eyes on Daniella Murguia (eight assists) and Abby Boyan (seven assists) as well.