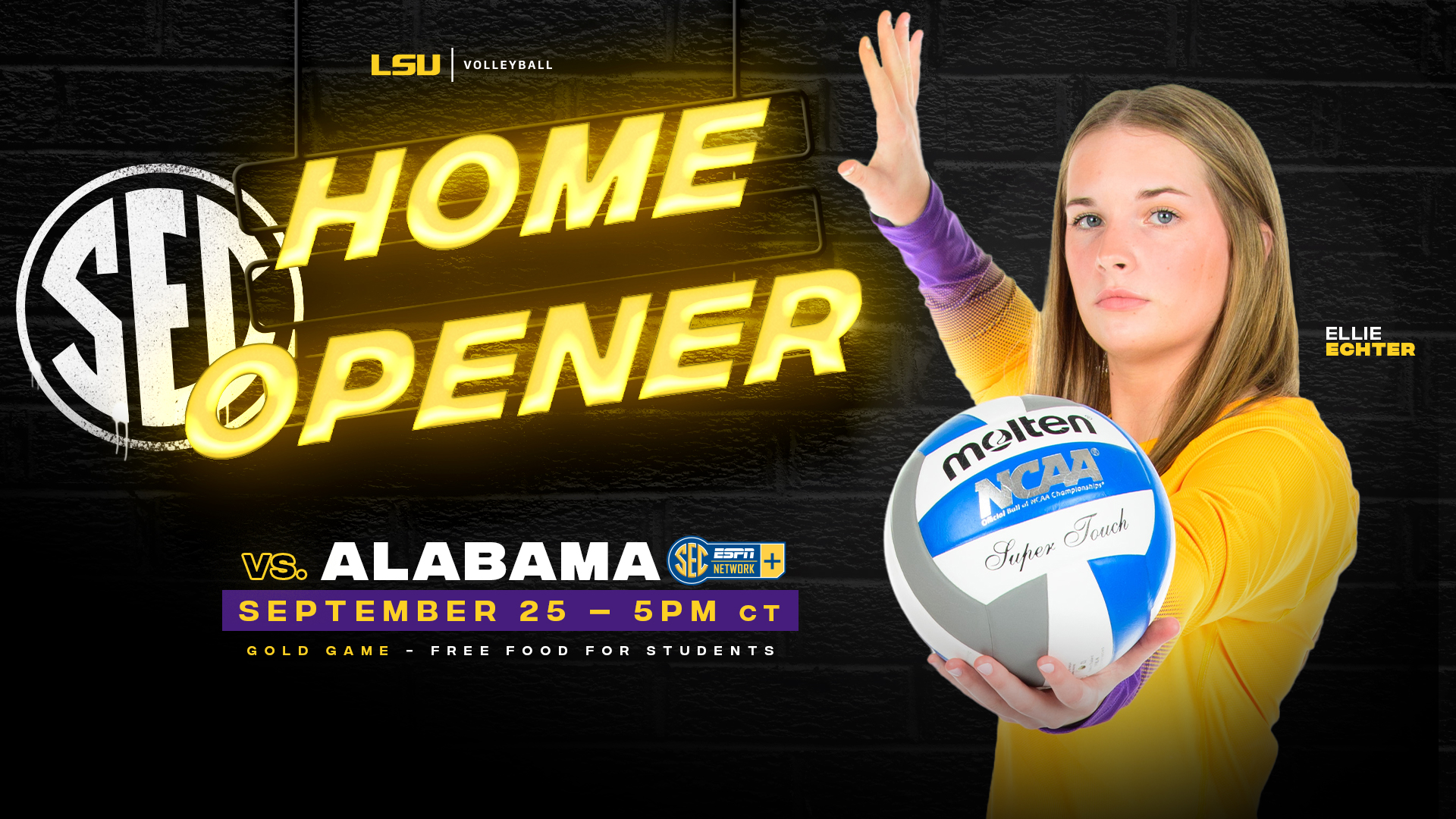 All fans that come to Saturday’s matchup will receive gold pom-poms and are encouraged to wear gold. In addition, the first 250 students will receive free Chick-Fil-A. Fans coming to the PMAC are required to wear masks.

The Tigers end their eight-match road trip briefly to play on their home court for the first time since Aug. 28 in their 3-1 win against Northern Arizona. LSU fell in four sets in its SEC opening match at Arkansas and are currently nursing a two-match losing streak. Offensively, the Tigers are hitting just over .200 at .219, but defensively are ranked second in the SEC with 2.74 blocks per set this season.

“We are excited to be on our home court,” said head coach Fran Flory. “Alabama-LSU matches and honestly Alabama-LSU everything is always a war. We split with them last year at their place, so we know we need to be prepared.”

Outside hitter Kylie Deberg leads the Tigers and is ranked No. 2 in the SEC with 4.36 kills per set, as well as No. 4 with 4.92 points per set. Deberg has recorded 15 or more kills in all but one match this season.

Middle blocker Whitney Foreman continues to be formidable at the net as she ranks No. 7 in the conference with 1.26 blocks per set, and libero Raigen Cianciulli averages 4.23 digs per set (No. 4 in the SEC). Cianciulli is already the program’s all-time leader in digs and is 73 digs shy from 2,000 career digs.

LSU holds a 39-29 advantage in the all-time series against Alabama. The Tigers won the last two meetings played at the PMAC and are the winners in four of the last five head-to-head matches.

“Alabama is a pin-oriented team, and their pins are veteran players,” Flory said. “Their right sides kill a lot of balls, and their left side are good volleyball payers. I also think they are better with ball control compared to last year.”

Alabama’s three-match winning streak came to a halt as it opened SEC play with a four-set loss against Texas A&M. Although the team has a .199 hitting percentage on the year, the Crimson Tide hold their opponents to a .187 hitting percentage and rank No. 3 in the league with 16.69 digs per set and No. 6 with 2.28 blocks per set.

Outside hitter Abby Marjama leads Bama with 2.66 kills per set (117 total) and is the league leader with 0.64 aces on average (28 total aces). Libero Dru Kuck paces the team with 5.00 digs per set (No. 2 in the SEC) and middle blocker Sarah Swanson leads the team with 1.10 blocks per set in 40 sets played this season.