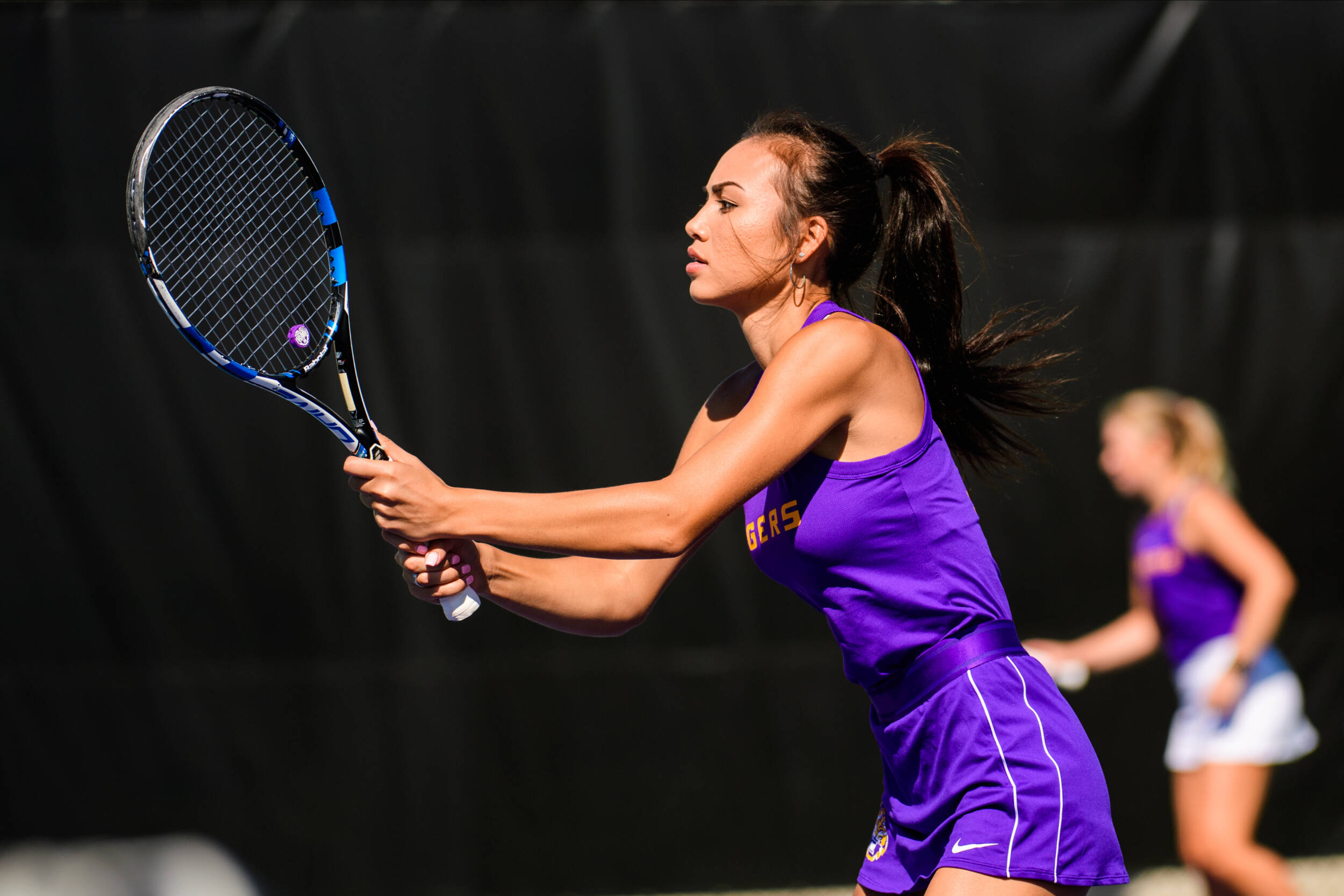 Chapel Hill, N.C. – The LSU Women’s Tennis team will kick off the fall portion of the 2021-22 season by taking part in the Kitty Harrison Invitational, hosted by the University of North Carolina, beginning on Friday, September 24, at the Cone-Kenfield Tennis Center.

Selling Points
“The entire team has put in quality work and made significant strides in their training,” co-head coach Michael Sell said. “The next step is applying their training into tough tournament matches and this weekend each player will get to do exactly that. We’ll learn a lot about ourselves and gain valuable match experience and development to use to continue our strong progress so far.”

Live stats are not available this weekend, with results being published to lsusports.net once finalized.

Tiger Tidbits
The Tigers are coming off one of the best seasons in program history, a year that saw them finish 18-7 and host a regional in the NCAA Tournament for the first time. LSU’s year ended in a tight 4-3 defeat to Michigan in the second round and the Tigers earned a spot at No. 17 in the final ITA team rankings, the highest finish for the team since the creation of the rankings.

Four members of the team return for the new season. Fifth-year senior Taylor Bridges tallied a team-leading 20-6 record in doubles action last season and a singles record of 14-12 that saw her qualify for the NCAA Singles Tournament for the first time in her career.

The junior trio of Safiya Carrington, Maggie Cubitt, and Nina Geissler all return for their third year wearing Purple & Gold. The trio combined for a singles record of 33-23 and 29 doubles win last season.

Graduate Transfers Ena Babic and Mia Rabinowitz are set to make their debuts as Tigers. Babic was a four-year starter at Purdue, picking up 55 wins in singles play and 45 wins in doubles action. In three years of action at Illinois, Rabinowitz posted a 47-27 singles record and 41-23 mark in doubles play.

Freshman Shaye Longwell is the other Tiger expected to make her debut. Longwell was a three-star recruit from the Class of 2021 and earned multiple USTA junior titles at the U-16 and U-17 levels prior to signing for LSU.