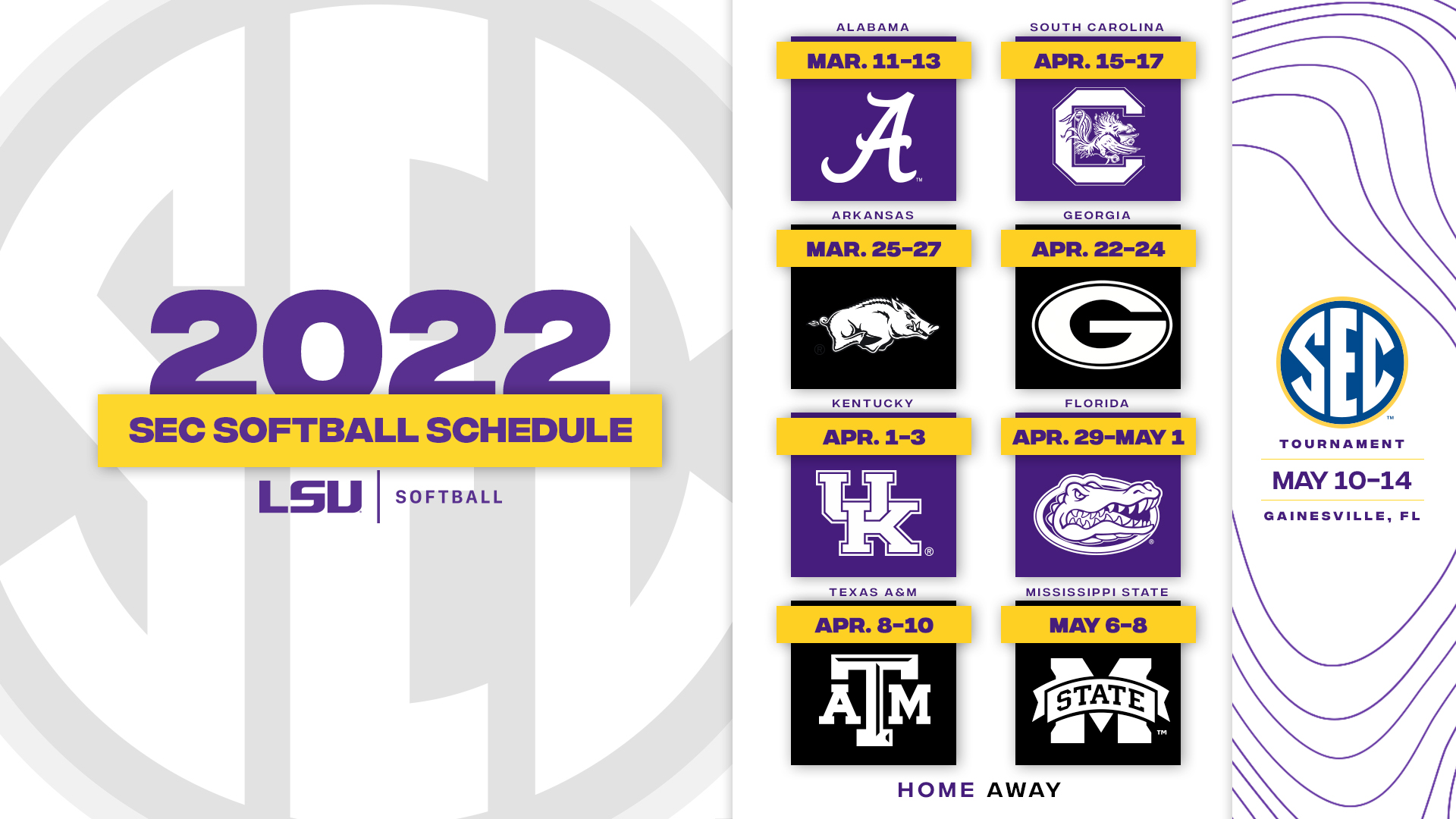 The schedule is subject to change, including some series moving to Mondays. Game times and a television schedule will be released at a later date.

The Tigers will host Alabama on March 11-13 to open conference play. The Tigers’ first road series will be at Arkansas March 25-27 in Fayetteville, Ark.

LSU will return home for a series against Kentucky April 1-3, and then head to College Station, Texas to challenge Texas A&M April 8-10.

South Carolina will make the trip to Baton Rouge April 15-17, and the Tigers will hit the road again to take on Georgia in Athens, Ga. April 22-24.

LSU’s final home series will be April 29-May 1 against Florida and the final series of the regular season will be at Mississippi State May 6-8 in Starkville, Miss.

The SEC Tournament will be held May 10-14 at Katie Seashole Pressly Stadium in Gainesvile, Fla.