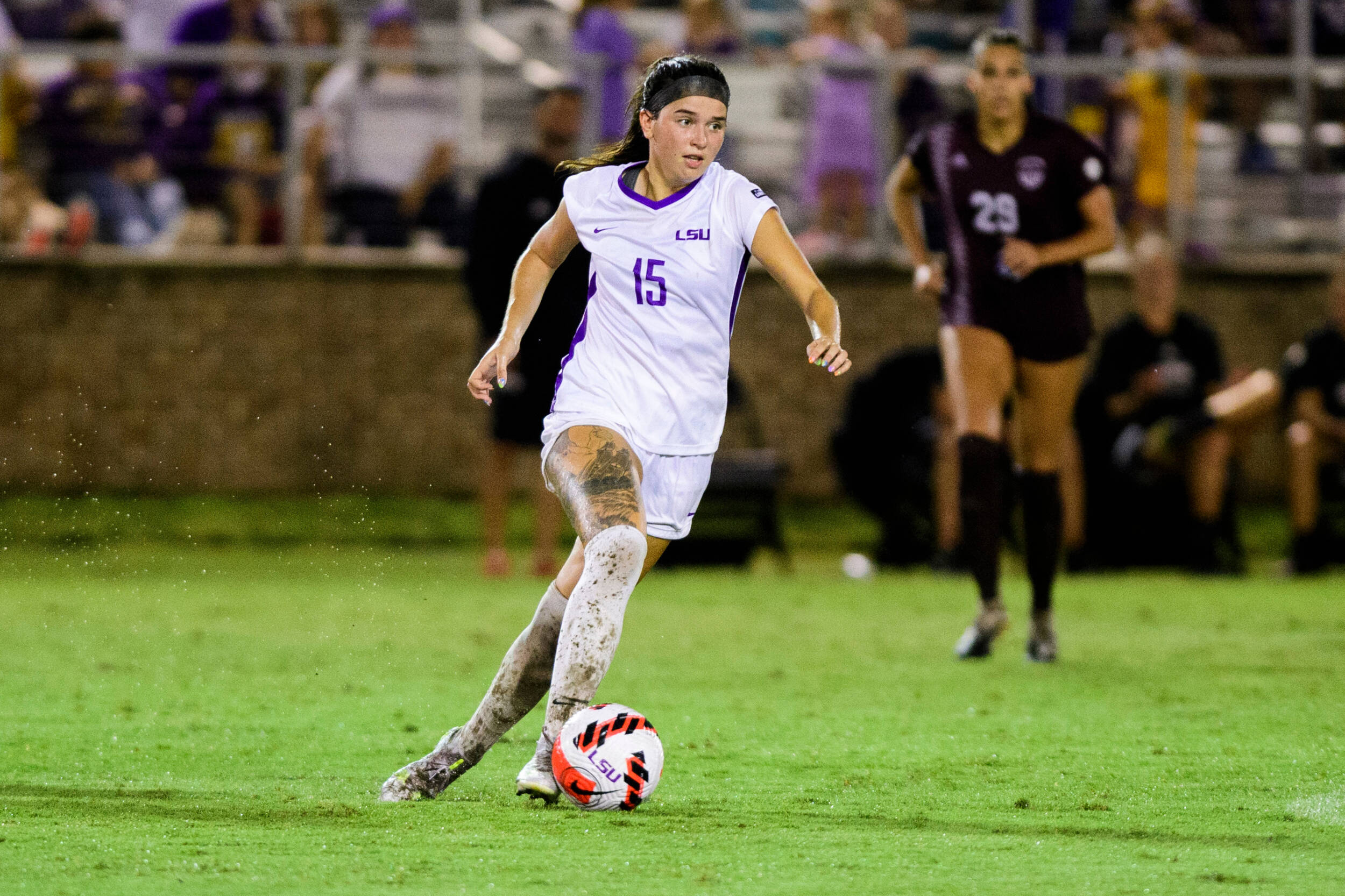 “All credit to Ole Miss,” head coach Sian Hudson said. “They were the better team on the night. Mollee (Swift) had some big saves to keep us level, but we didn’t do enough tonight to earn anything on the road. We will learn from this setback and be ready to respond on Sunday against Georgia.”

LSU had the first big chance of the night come in the ninth minute as midfielder Jordan Johnson took a shot from 20 yards out that scraped the top of the net. Four minutes later, forward Tinaya Alexander registered the first shot on goal for the Tigers, a hit from the top of the box that took a deflection and was collected by Ole Miss goalkeeper Ashley Orkus.

Goalkeeper Mollee Swift picked up three saves in the first half, collecting tame efforts in the 12th and 19th minutes. The third save came in the 24th minute as Swift dove to her left-hand side to parry away a shot from 12 yards out, keeping the score at 0-0 heading into halftime.

24' | @MolleeSwift coming up big for the Tigers!

Swift once again made big saves in the second half, denying Channing Foster in the 60th minute by parrying away her shot from eight yards out before getting another save less than a minute later by denying Molly Martin.

61' | @MolleeSwift picks up her fourth save of the match to keep us level.

Ole Miss took the lead in the 62nd minute. Haleigh Stackpole sent in a cross that found the head of Martin, who headed it past Swift and into the back of the net.

LSU pressed for an equalizer following the goal. Midfielder Maddie Moreau led the charge on a counterattack in the 75th minute down the left flank. She played a ball just a bit too heavy into the box that was scooped up by Orkus.

The Rebels scored their second of the night in the 76th minute. Foster sent a cross into the box that was met by Mo O’Connor, who hit it first time from seven yards out and into the bottom left corner.

The Tigers pressed for the final 14 minutes searching for a goal. Midfielder Athena Kuehn linked up well with Alexander in the 78th minute and charged into the box but was taken down from behind and unable to get a shot off.

The final two chance of the night came in the 84th and 85th minutes. Moreau beat her defender on the edge of the box and sent a ball across the face of goal that was just ahead of a surging forward Molly Thompson in the six. Forward Alesia Garcia outmuscled two defenders in the box and shot from 12 yards out only to be denied by the sweeping leg of Orkus, resulting in an LSU corner.

Up Next
No. 5 LSU returns to Baton Rouge to finish the weekend by hosting the Georgia Bulldogs at 11 a.m. CT on Sunday, September 26.