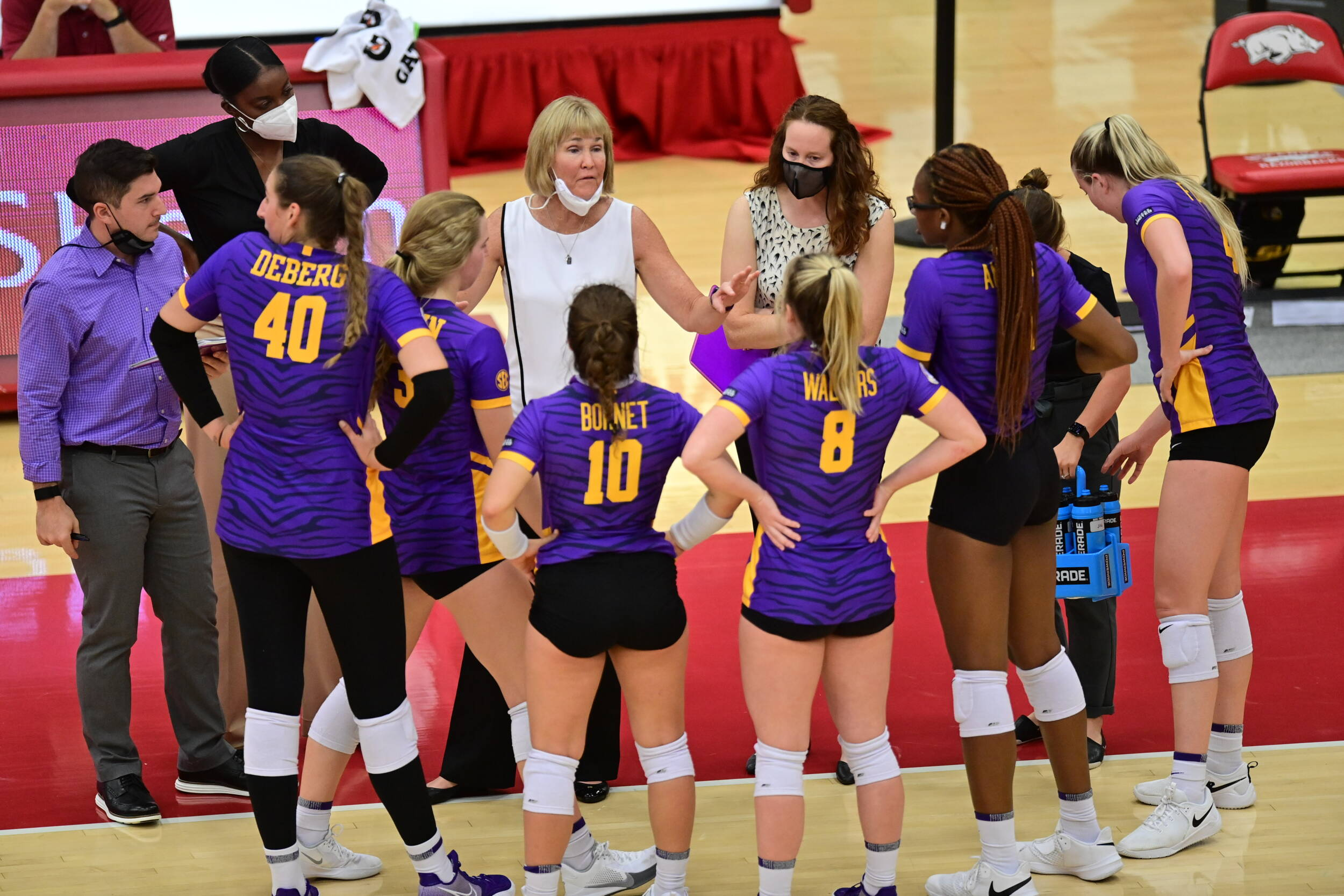 “We did not accomplish what we knew we needed to do to win this match,” said head coach Fran Flory. “We needed more kills and fewer errors. We did have less hitting errors and we blocked them really well, but we had more true errors. It was a combination of us not being efficient enough killing balls and us giving away points.”

“I thought our kids fought hard and you have to credit Arkansas who played hard after a tough start,” said Flory. “In the end though they were more balance than us.”

Arkansas was led by outside hitter Jillian Gillen, who had a game-high 25 kills, including nine in the final set. Outside hitter Taylor Head also posted a double-double with 11 kills and 13 digs.

LSU will return to the Pete Maravich Assembly Center to take on Alabama on Saturday, Sept. 25, at 5 p.m. It is the Tigers’ first game back in the PMAC since Aug. 28.