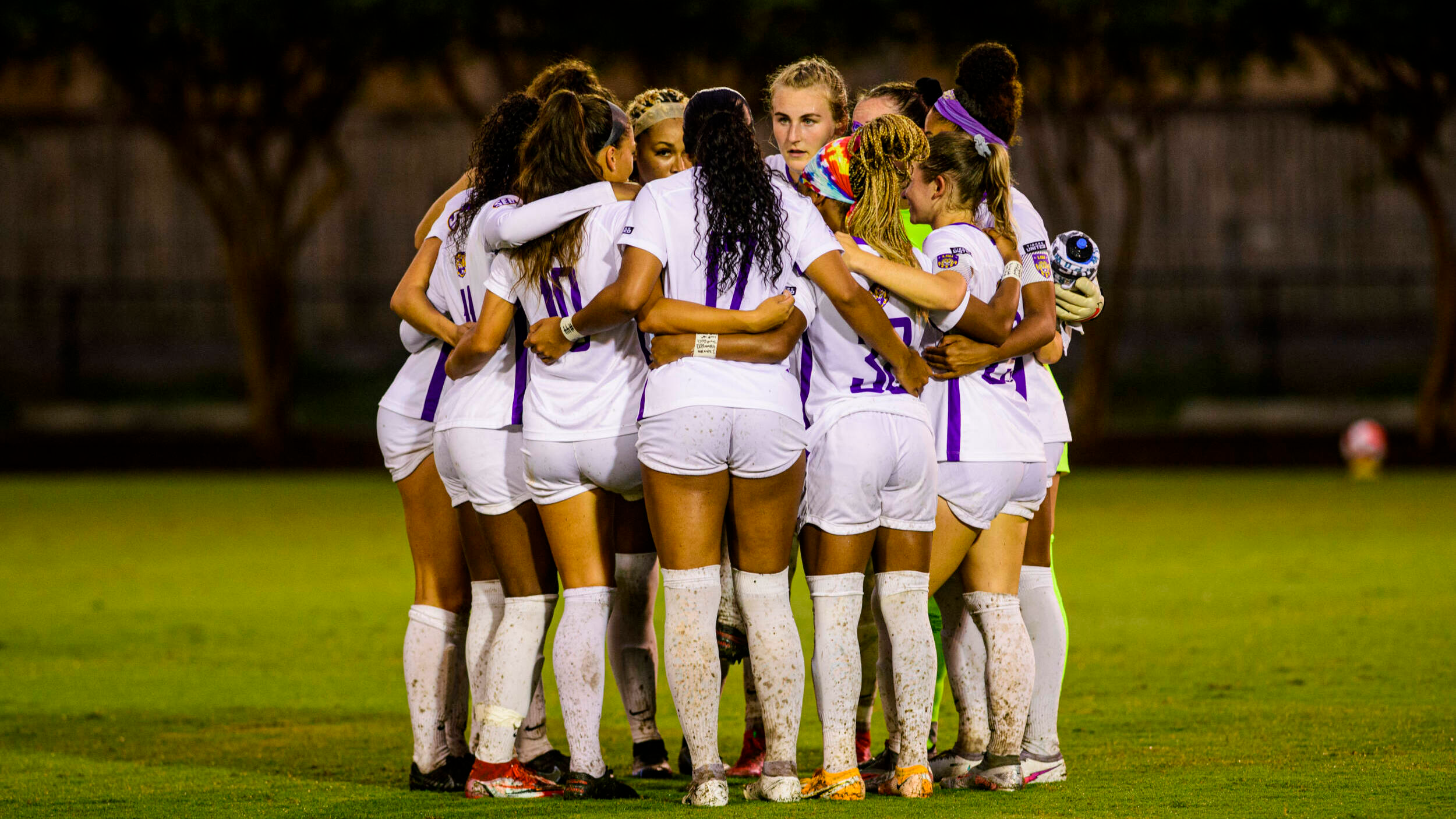 Series History
This series is as even as even gets. LSU has won 12. Ole Miss has won 12. And there have been four draws. The Tigers hold the latest victory in the series as they pulled an upset win over 14th ranked Ole Miss in the second round of the SEC Tournament a year ago; Tinaya Alexander had a brace in the 2-1 win and her gamewinner came with 10 seconds left in the first overtime stanza. Meghan Johnson assisted on Alexander’s game winner in OT. LSU’s last win at Ole Miss came in 2012.

The two teams have one common opponent in 2021 – UCF. LSU beat UCF 2-0 and Ole Miss dropped its contest against the Knights 3-0.

NCAA RPI Release
The first NCAA Ratings Percentage Index release came out on Monday this week and LSU stands at the No. 3 spot behind Duke and Florida State. The RPI is a number that ranks teams based off their wins and losses as well as their strength of schedule.

The Tigers capped off the 2021 spring season with wins over Florida, Baylor and Texas Tech. Wins against Southern Miss, Sam Houston, No. 15 USF, No. 19 UCF, Arizona, No. 19 Arizona State, ULL, and Mississippi State have pushed the streak to 11.

LSU is outscoring its opponents 32 to 5 on this dominant win streak. The Tigers are one of six teams left in the country to have won all of their games during the 2021 fall season.

Off To A Hot Start
LSU’s 28 goals through eight games rank as the 7th most in the NCAA this season. Tinaya Alexander (7) and Alesia Garcia (5) are the team leaders in goals scored. Molly Thompson (4), Athena Kuehn (3) and Maddie Moreau (2) have scored multiple goals while Meghan Johnson, Rammie Noel, Lindsi Jennings, Grace Haggerty, Jordan Johnson, and Wasila Diwura-Soale all have one apiece. The Tigers forced an own goal off a corner against Mississippi State as well.

The scoresheet shows a distribution of wealth for the Tigers offensively; LSU is a side that has numerous players that can put the ball in the net. LSU’s 11 goal scorers on the season are the third most in program history. In 2003, 14 different players scored, and in 2002 13 players scored.

Strength of Schedule
LSU has been putting up gaudy numbers, but it hasn’t been just against inferior opponents. As mentioned, LSU has three ranked wins this season, and the Tigers’ opponents have a win percentage of .652 when not playing LSU. It has LSU’s schedule ranked as the 24th toughest in the nation this season.

Tinaya’s Time
Tinaya Alexander has continued her torrid scoring pace and has 17 points registered through LSU’s first eight games with seven goals and three assists, all three of which lead LSU in those categories. She scored four goals against Sam Houston to become only the fourth player in program history to score four or more in a game. She’s added quality goals against UCF, ULL, and most recently, Mississippi State. Her goal with her left foot against MSU from about 18 yards out made it on SportsCenter Top 10 in the No. 6 slot last Friday night.

Alexander has 19 career goals and 19 career assists for a point total of 57. She is four points away from cracking the LSU all-time top 10 list for points registered in a career. Her 19 career assists are the fourth most in LSU history.

Swift Saves
Junior goalkeeper Mollee Swift and LSU’s backline have been solid this season. Swift leads the SEC in save percentage (.903) and goals averaged against (0.44). She’s made 28 saves on the season as she’s played 611 minutes in net this season.

LSU, as a team, has registered five shutouts in eight matches, and Swift has started all eight of those contests. Swift has three solo shutouts and has played 45 minutes apiece in LSU’s two other shutouts against Sam Houston and ULL. Bella Zanotelli played the final 45 of the Sam Houston match, and Jade Odom closed out the final 45 of LSU’s win over ULL.

Hat Tricks Aplenty
Five hat tricks have been registered this season by SEC players, and three of those five are from LSU. Tinaya Alexander (four goals) and Alesia Garcia (three goals) became the first duo in LSU history to have at least a hat trick in the same game on August 22 when the Tigers downed Sam Houston by a score of 8-0. Molly Thompson’s hat trick came against in-state foe ULL as LSU romped to a 5-0 victory.

Tigers On A Roll
The Tigers have been on a roll as they’ve won 16 of their past 19 games only dropping two contests in that span, which ranges back to the 2020 SEC Tournament. In that span, LSU has outscored its opponents by a total of 43 to 10, and LSU has scored two or more goals in 13 of those 19 contests.

The defensive unit has been superb in this 19 game span that has the Tigers ending up on the winning side more oft than not. In those 19 games, the Tigers have registered 11 shutouts while only allowing two or more goals in a game twice in that span.

Deep Roster
It helps to have depth, especially in collegiate soccer. The Tigers have shown that off this year as 26 players have earned playing time. Fourteen of the 26 have played in all eight matches, but the most important part is the Tigers have been able to spread minutes out thanks to their depth. Fresh legs win games late, and the Tigers have that on their side this year.

SEC Play
LSU holds an all-time record of 89-138-34 against SEC opponents during conference play. The Tigers are looking for their first winning record in conference play since they went 5-4-1 in 2018. The Tigers went 0-6-2 last season in conference play before reeling off wins against Alabama and No. 14 Ole Miss at the SEC Tournament, and a neutral site win over Florida in the spring of 2021.

Under Coach Hudson
LSU has a record of 16-8-3 under head coach Sian Hudson through 27 games for a win percentage of .648. The Tigers are 14-1-1 all-time under Hudson when they score first, and listen to this next stat. In games where LSU scores two or more goals, which has happened 14 times in the 27 matches, the Tigers are 13-0-1.

Scouting Ole Miss
LSU’s defensive crew will have an eye on Haleigh Stackpole at all times on Thursday night as she is the offensive catalyst for the Rebels. She has 16 points on the season thanks to three goals and 10 assists. Ashley Orkus, the 2020 SEC Goalkeeper of the Year, comes into Thursday night’s match with a GAA of 1.27 and save percentage of .684 in nine games played with a record of 6-1-2 in net.